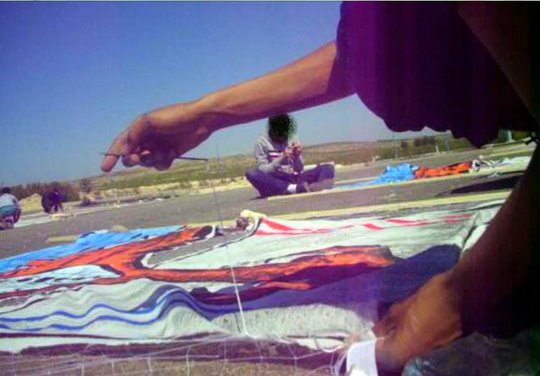 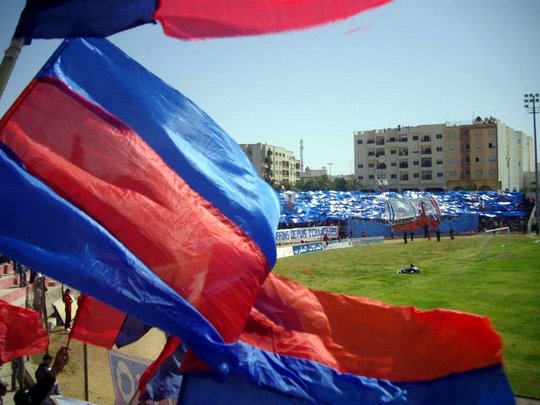 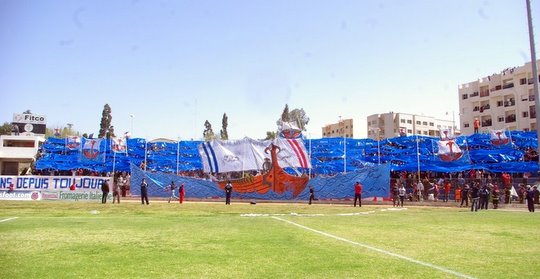 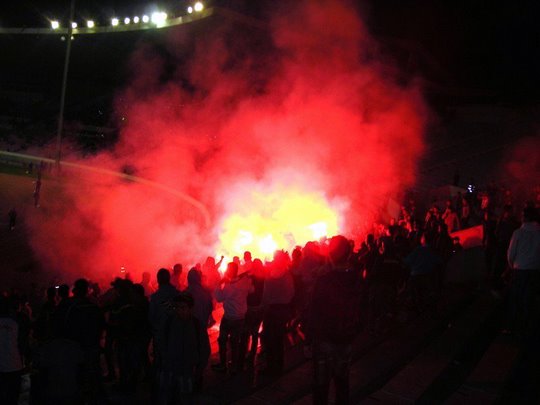 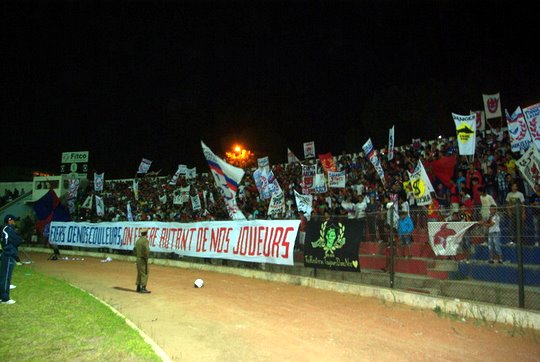 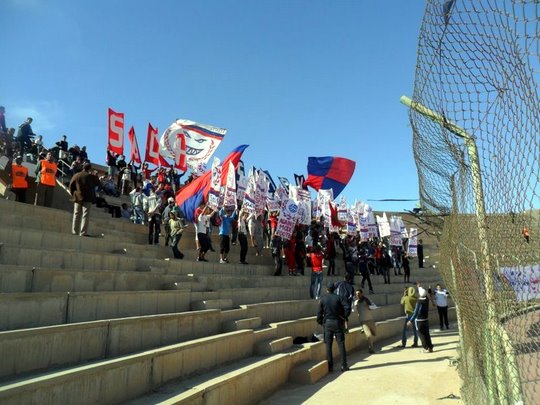 Preparing for the 90 years anniversary tifo. 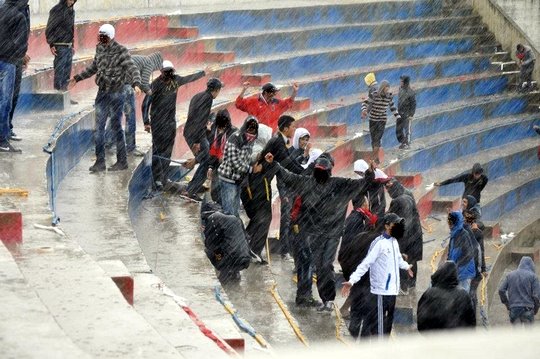 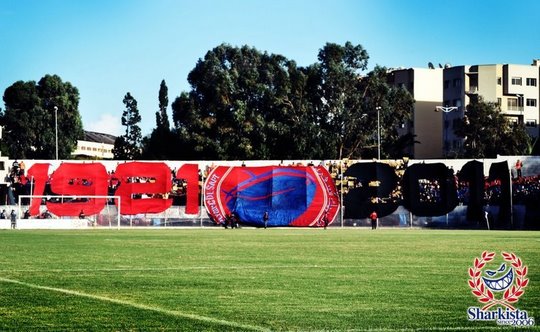 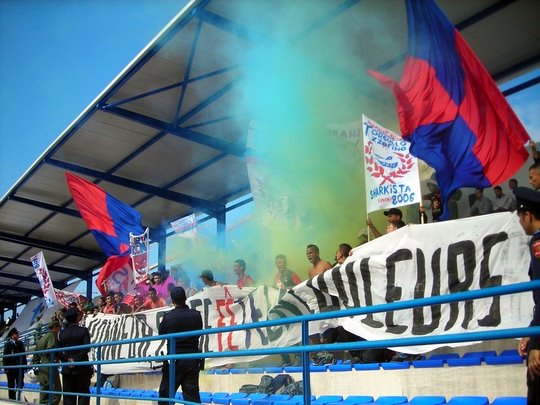 Logos of Ahlawy groupes and a banner says
violence is over record we go to stadiums to have fun not to return in coffin. 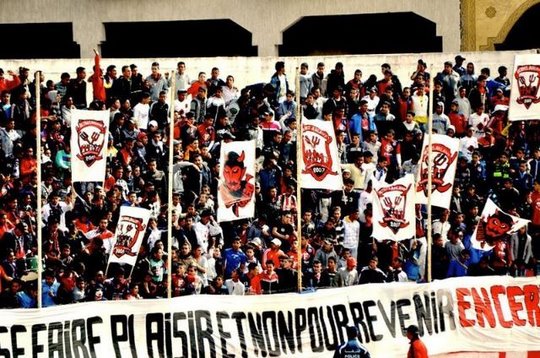 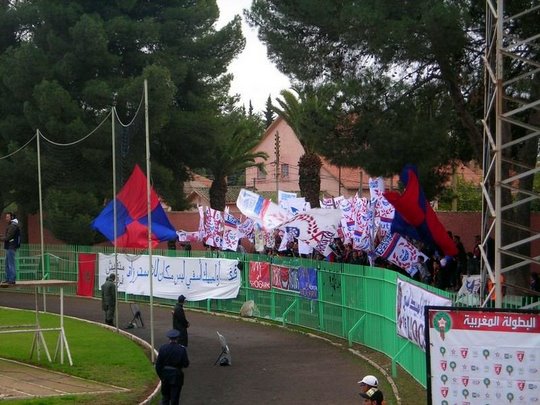