Karpaty Lviv ultras were realy good last season. They've prepeared some performance almoust for every home game. Team was playing in Europa League, but in Ukrainian champ Karpaty were at the bottom of the table and had real chances to go to lower league. Lviv's got new stadium for Euro-2012 but it was not lucky for Karpaty (0 victories in 4 matches), so ultras asked team management to move back to "Ukraine" stadium. First match on old stadium was realy awesome - Karpaty were playing in Ukrainian cup with their greatest enemies from Odessa. And they've won this battle, so Karpaty decided to play there the rest of the season. 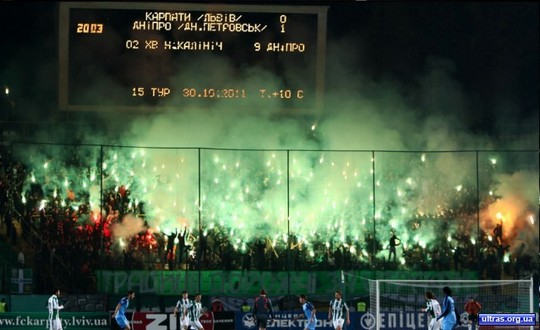 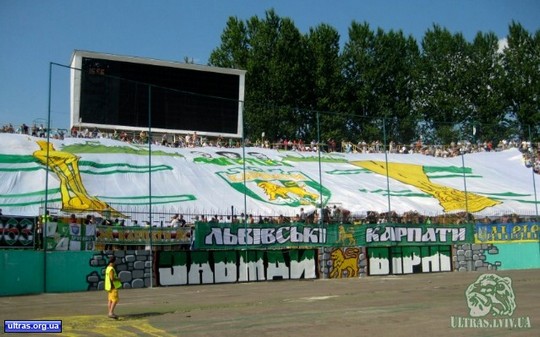 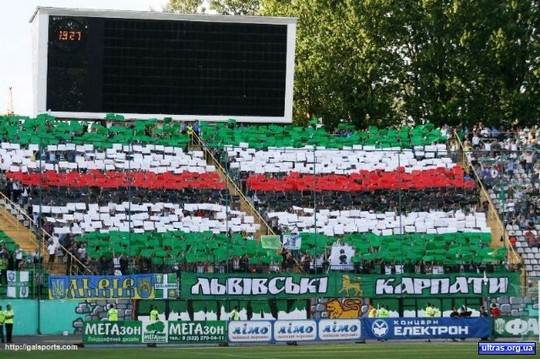 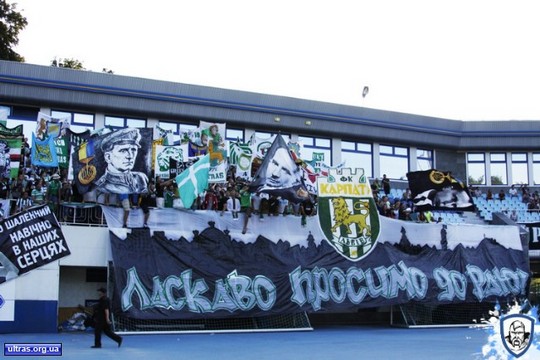 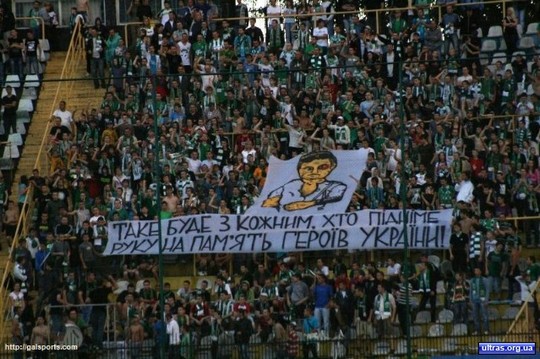 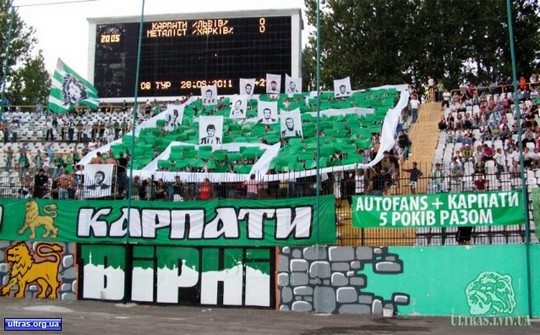 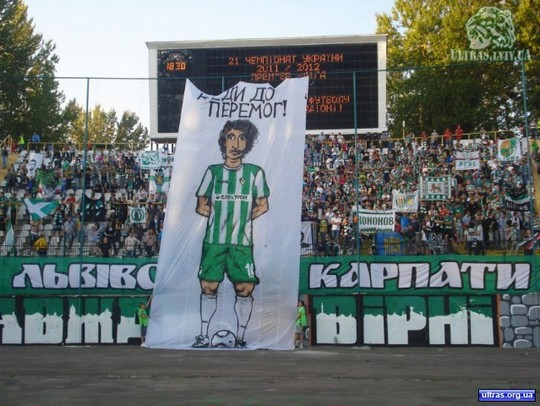 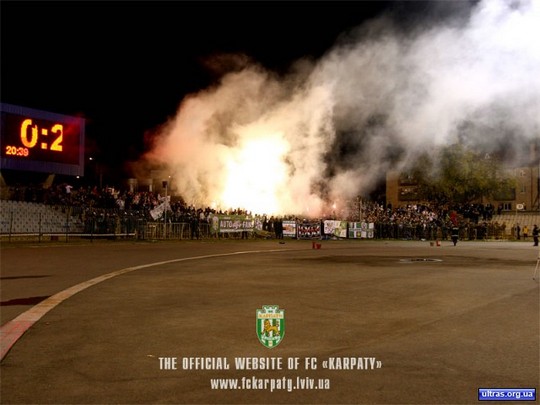 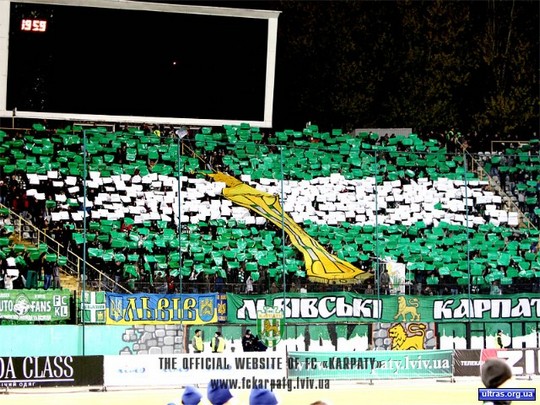 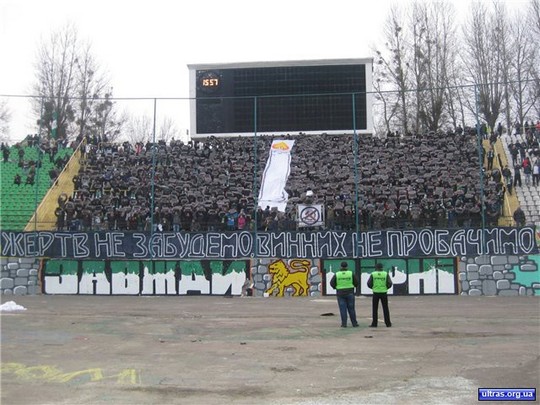 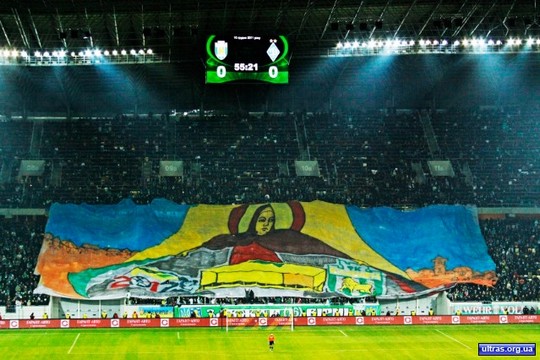 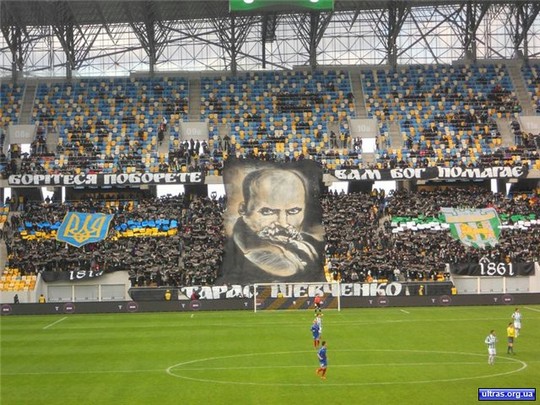 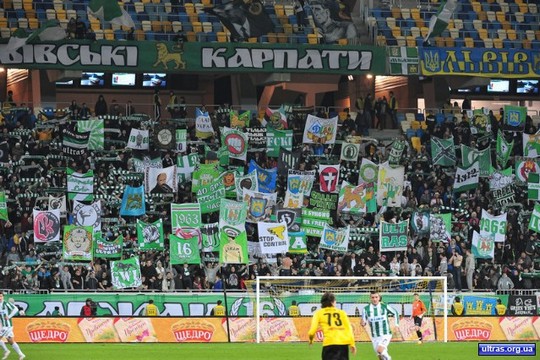 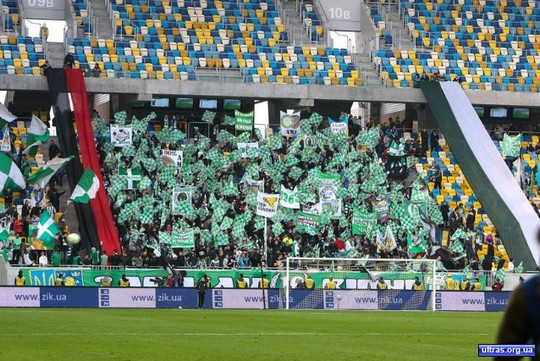 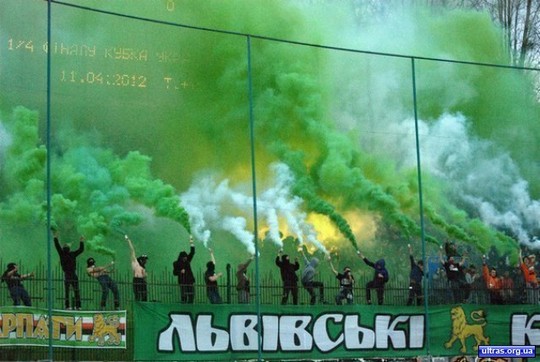 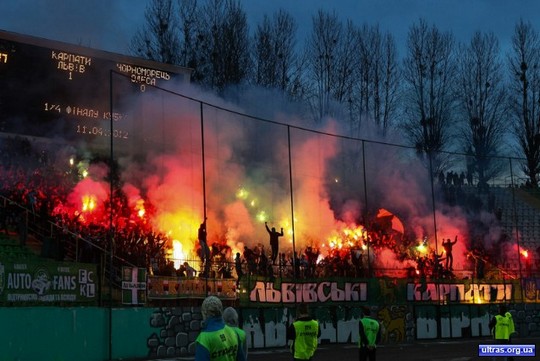 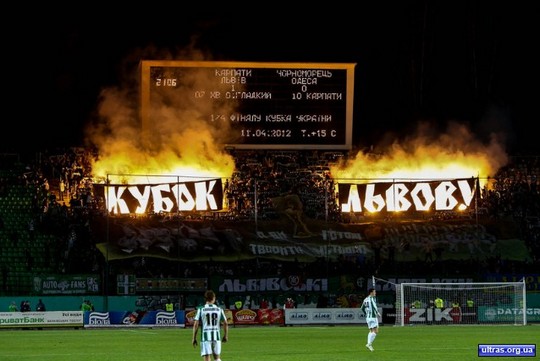 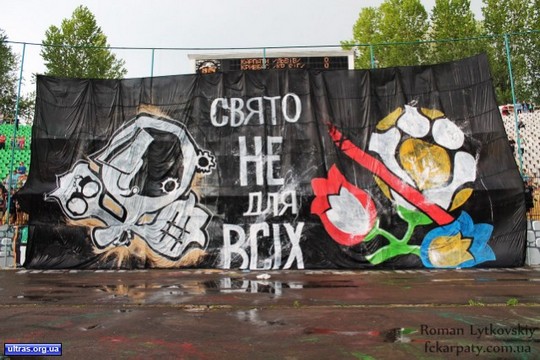 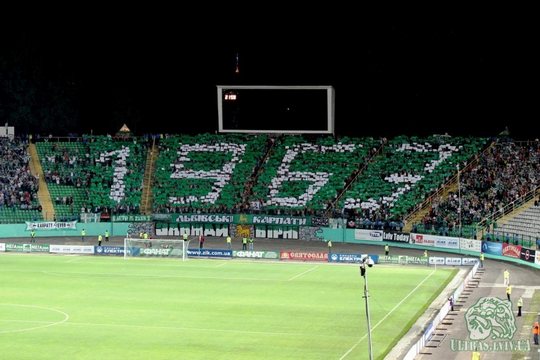