One of our forum members wrote us a short report from this match:

It was 18 years since last we met FC Kaiserslautern. Around 4000 Dynamo supporters took the trip (at least 7 buses).

Ticket price for away sector: 11€

Great pyro when players entered the pitch before kick off: 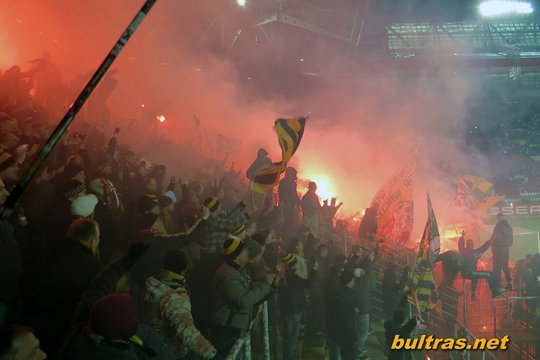 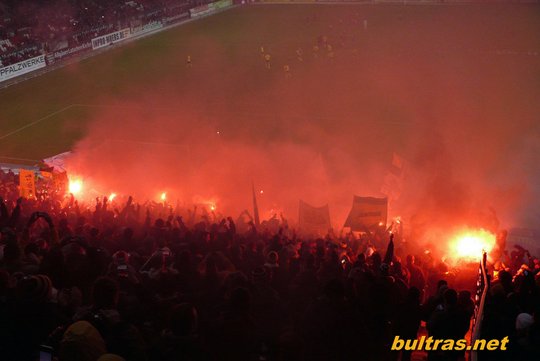 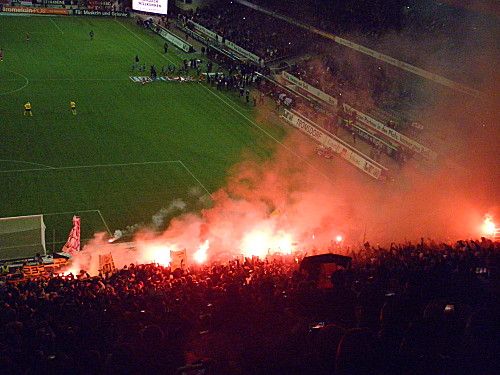 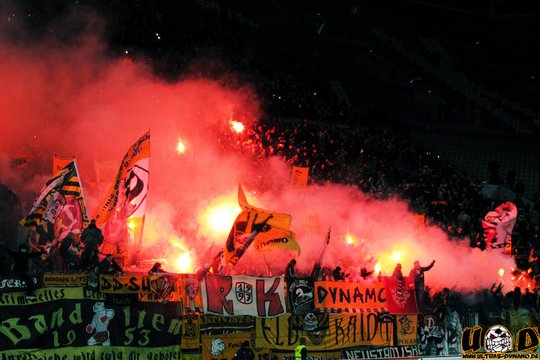 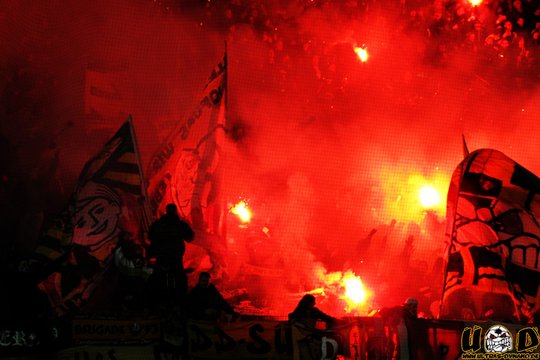 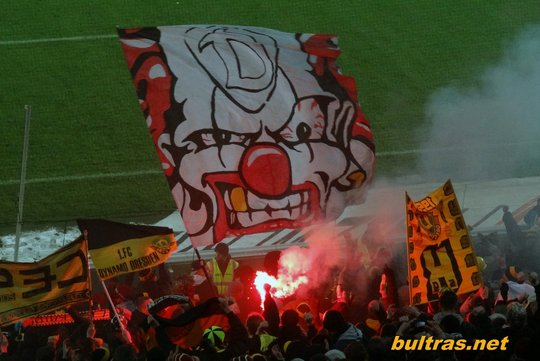 Good atmosphere from us in the beginning, but team played very bad and atmosphere became worse. 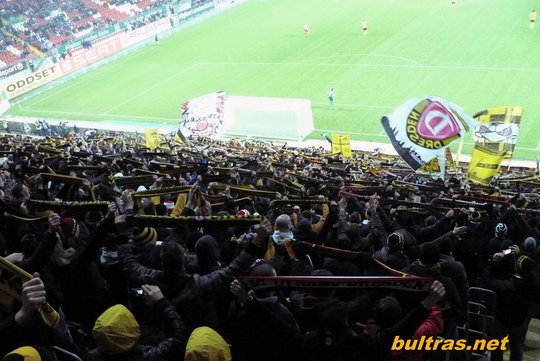 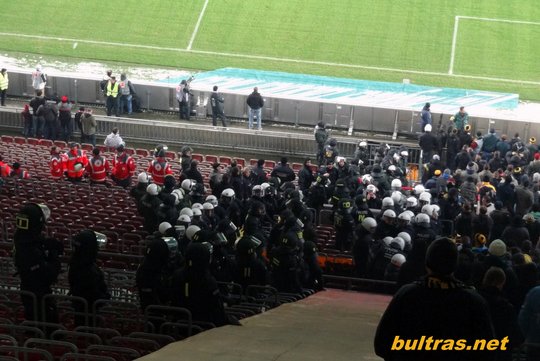 Second half: Another pyro show! 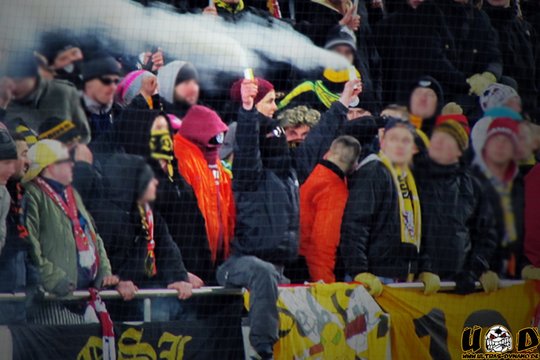 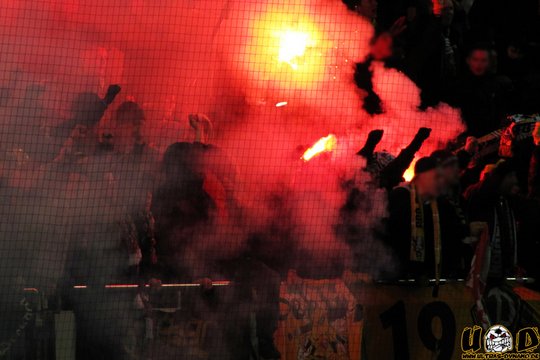 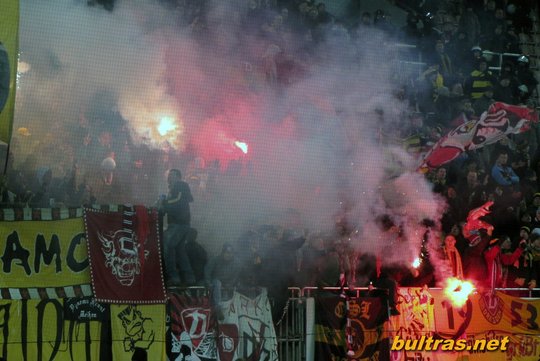 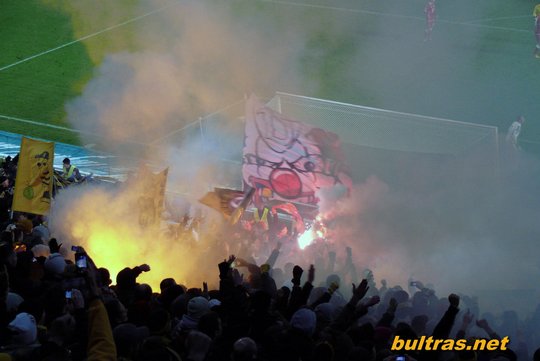 After the match shuttle buses from kaiserslautern (Park and ride system) were attacked by Dynamo fans after roadblock. 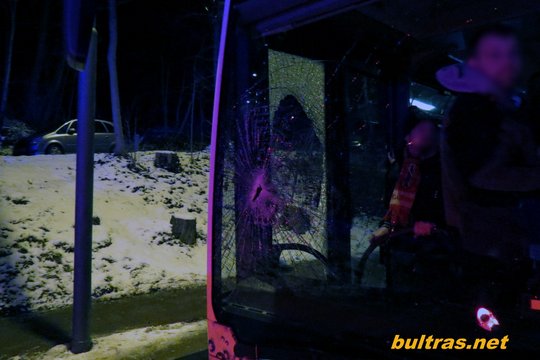 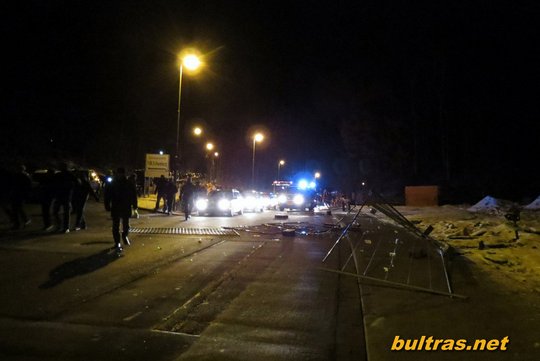 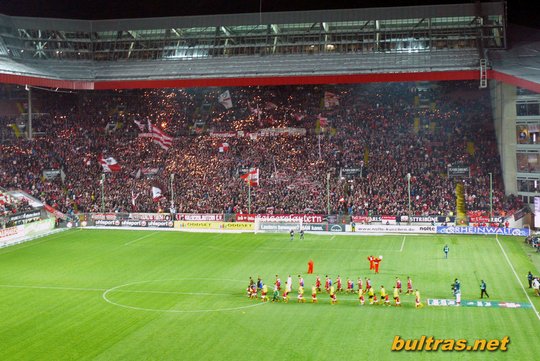 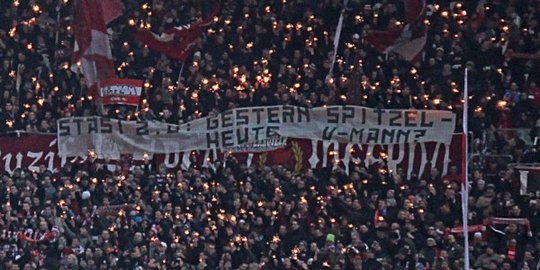 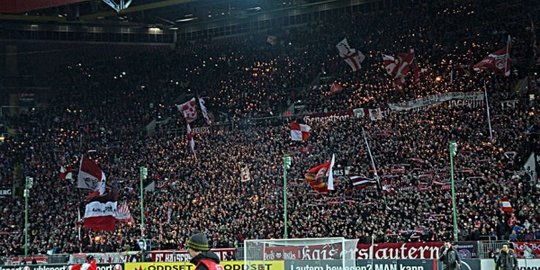 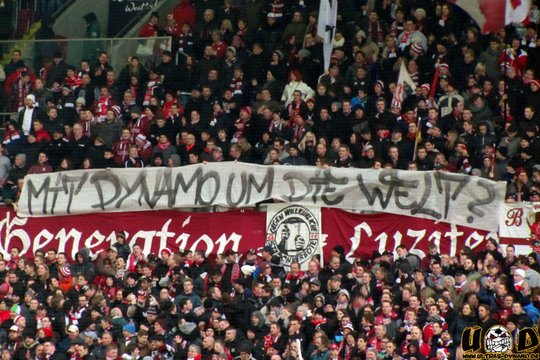 With Dynamo around the world? 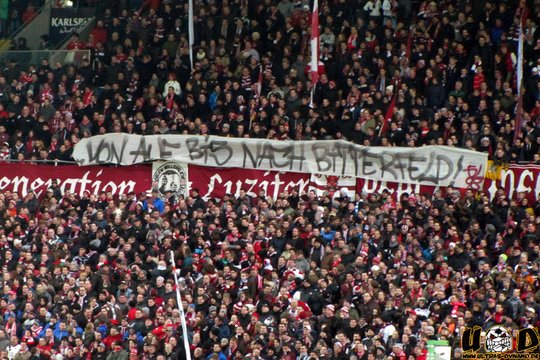 From Aue to Bitterfeld (Small cities in east Germany) 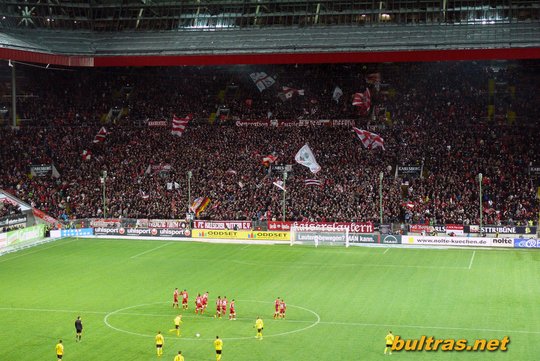 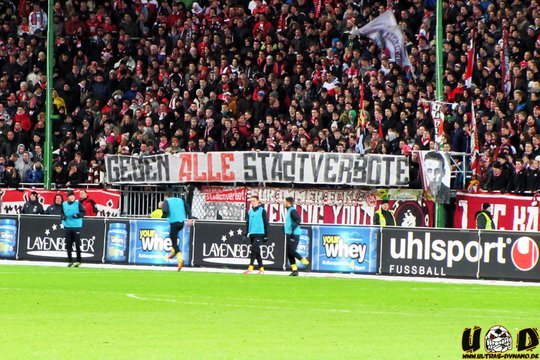 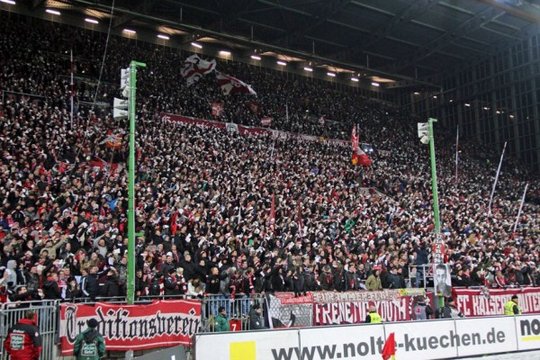 A fictional satirical story about 3 dynamo fans who were attacked by Satan(= 1.FC Kaiserslautern). Satan killed one guy from dynamo. So two other guys walked into a forest to call leatherface(=Dynamo Fan) for help (check the infos in video describe for part 1 from 2011). In the Stadium from Dynamo Dresden leatherface fought against Satan and he won.