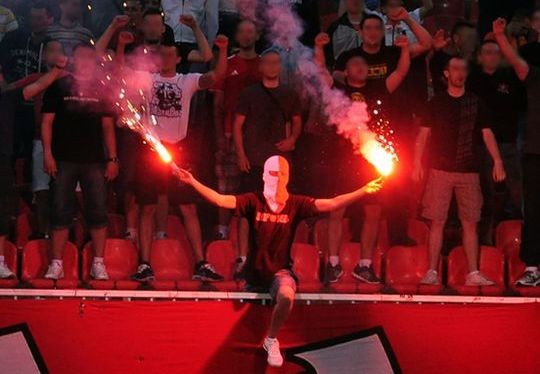 First of May, holiday all around Europe, was opportunity to visit Novi Sad and football match between Vojvodina and Rad Belgrade. Home team supporters call themselves "Firma" and away supporters are known by the name of "United Force".

Match was played on Thursday, 2th of May at 19.00h on stadium Karađorđe.

In spite of Cup final in Serbia, match against Rad was last match for Vojvodina before final with Jagodina in Belgrade. So all of the content on stadium was focused on that. For all visitors was free entrance, hostesses are giving flyers with information about trip, on big screen there was a special video song about Cup final etc.

It' interesting that FC Vojvodina organize trip and ticket for match with buses to Belgrade, and most interesting part is that everything is free of charge. There are high expectations for this match, probably more than 60 buses will go to Belgrade. 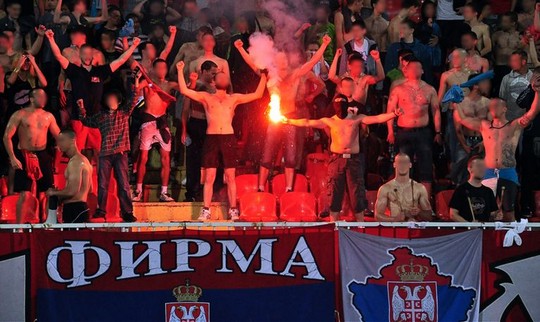 In city center and approaching to stadium we couldn't realize that today was match in Novi Sad, but we could understand that because day before was big holiday, 1st of May. But around stadium there was some police, and little crowd of people expecting the match. On stadium West tribune was reserved for normal fans and North is Firma's part. Half of East tribune is reserved for Vojvodina fans where are located "Old Guard" which has 2 flags, and other smaller part of east is for away fans.

Atmosphere on stadium was very good, despite of fact that Firma was in smaller number than usually, around 200-250 people. They were singing 90 minutes. 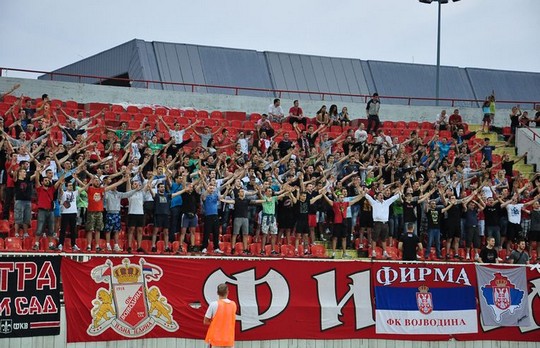 Western tribune is reserved for normal fans and it was almost full, but it's good to mention that they were sometimes singing together with Firma, even lighting some strobo.

Firma was spontaneously lighting pyro on fence of their terrace, pyro guys were masked but police was just calmly watching. They were throwing around loud firecrackers, which were cracking chairs of stadium where they were thrown. This caused more louder singing and supporting on Firma's tribune.

In second half started a rainstorm, and typically everyone took down shirt and keep on singing and supporting even more. The problem of Firma supporting is when you sit on middle of western tribune, you can hardly hear them because away fans are much closer. So it depends how much you get closer to them, they look and sound better. 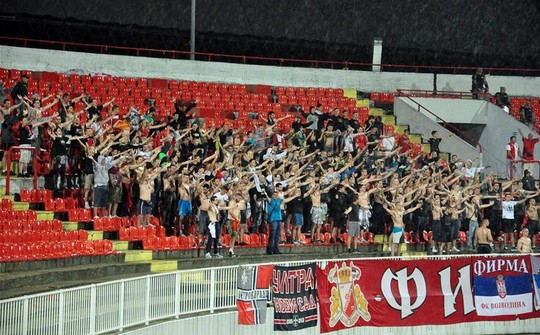 United Force came from Belgrade in a number of around 100-120 lads. They were a bit late, but we could understand that because it was Thursday. They looked compact and good organized, with one capo they had more people who was stimulating crowd to sing. Same situation as Firma, when rain started almost everyone took shirt of and euphoria started, jumping in the ponds, running on terrace, waving with tshirts and pyro. In second half UF lighted more or less 10 white flares, with masked guys climbing on fence of their terrace.

Football was very low quality, and we had much better time watching this two groups. If somebody wants to know result was 1-0 for Vojvodina, goal fell at the end of game. At the end of game players of both team came to their supporters where they were greeted. 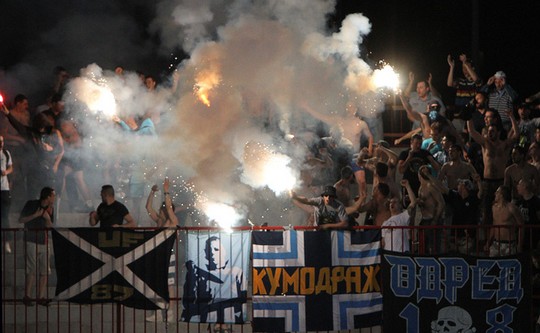 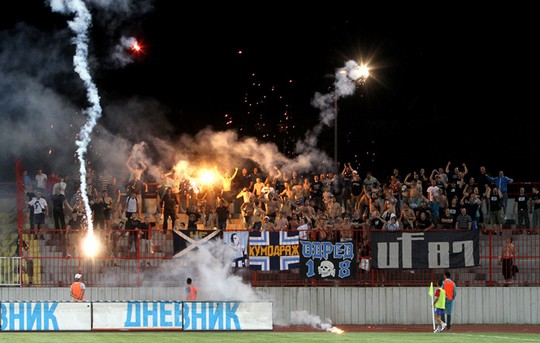 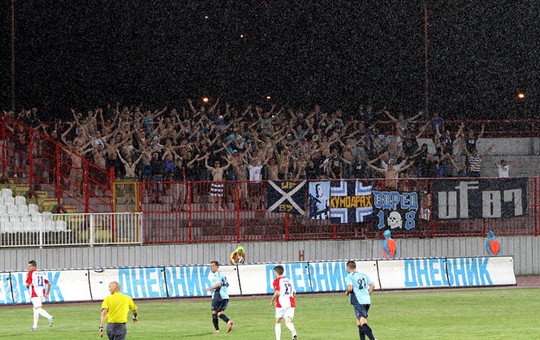