Total of 25 000 fans came to the stadium in Sofia to watch UEFA Europa league match between Levski Sofia and Gent.  In the beginning of the match there were choreo on the south stand. "Levski"  written on the stand and  banner "we love you!"  on the fence. 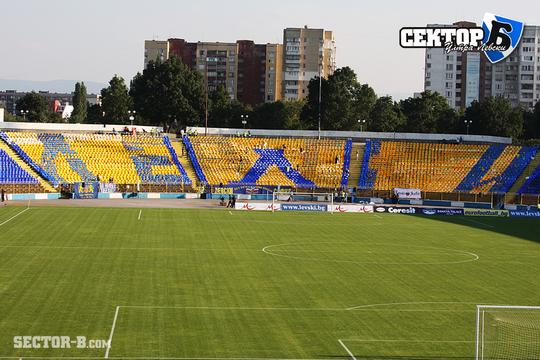 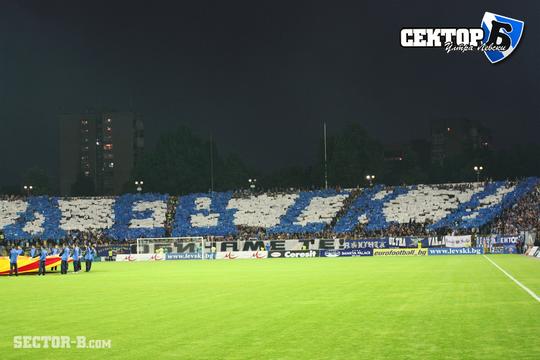 At the beginning of second a bigger pyro-show was started at the top of a building near the Stadium. There were also people who support Levski Sofia with banners on that building in 1999, against Hajduk Split. Pyro were lighted there because UEFA already gave us last warning about pyro, next time we get kicked out from the tournament for 4 years. And its easy for UEFA to kick us. Clubs without much money is not needed in this tournament (UEFA way of thinking) 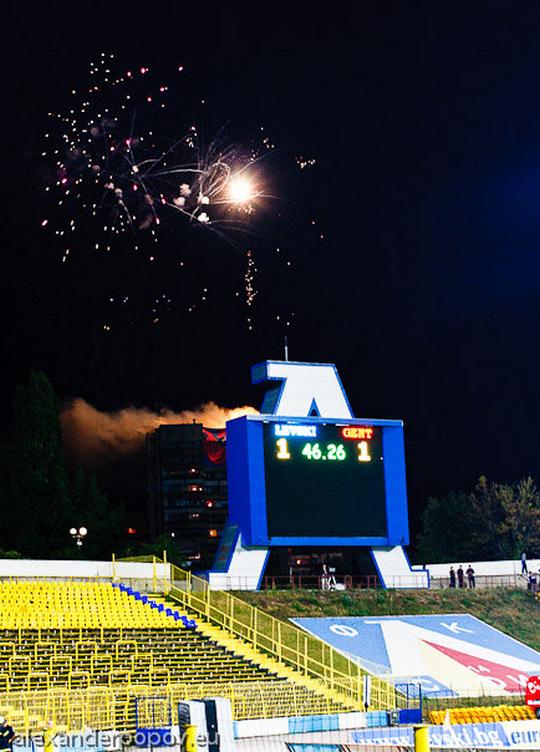 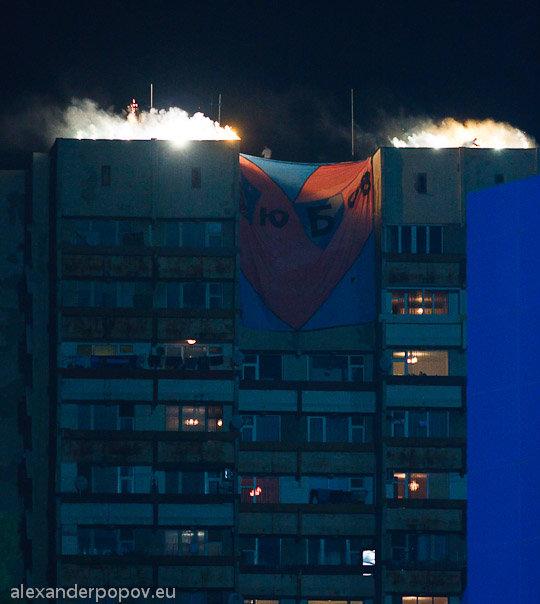 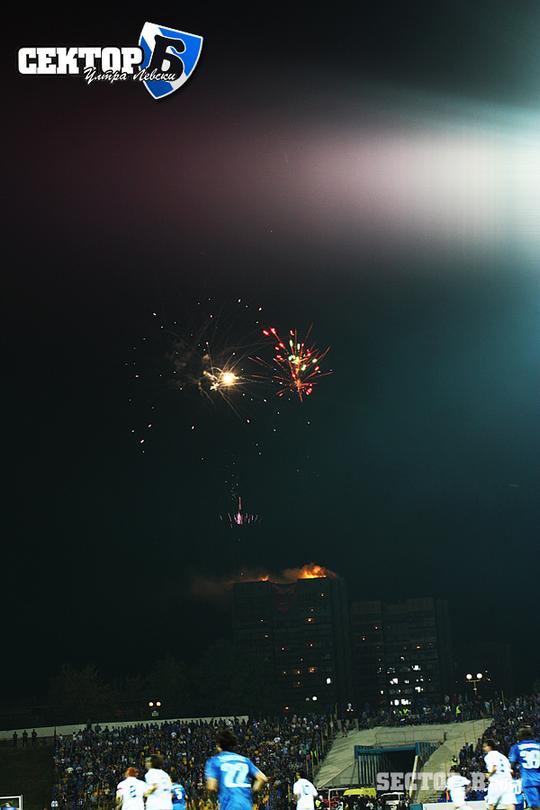 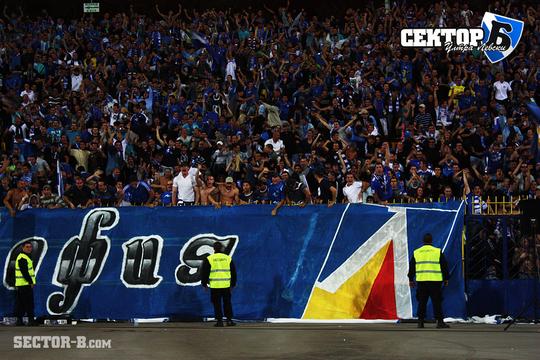 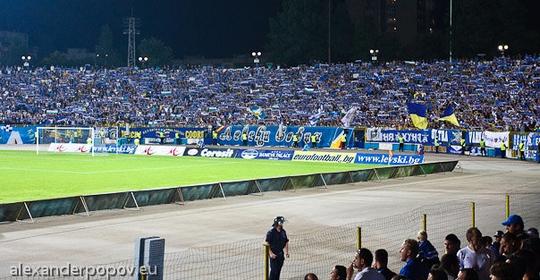 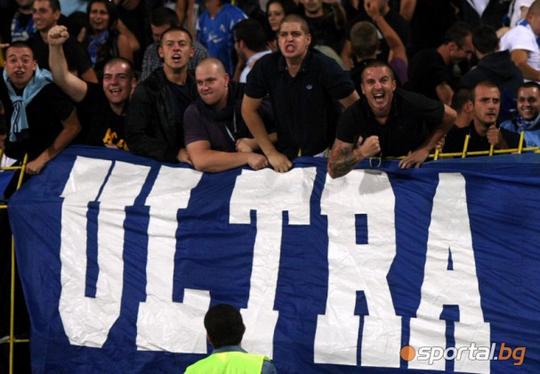