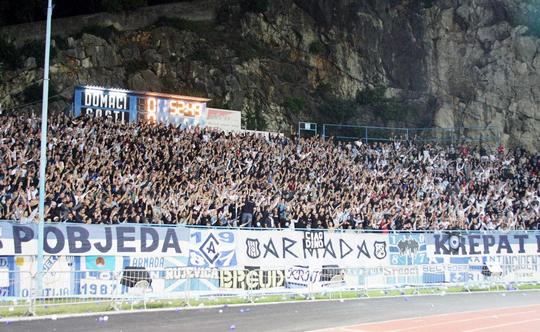 On Rijeka's  Stadium Kantrida,  the Adriatic coast derby was played between Rijeka and Hajduk. Tensions before the derby had reached the maximum, because Rijeka was the first club on the league table with one point more than Hajduk. Beside that, everyone knows about old rivalry between Armada and Torcida.

Supporters show was opened with a roar from home stand of Armada's tribune, which lasted whole first period. In 23th minute there was a choreo on Armada tribune with over 2500 people on it, and also the whole stadium participated with holding papers. On the west stand, there was a message with papers "Idemo" (let's go), and the message on the fence was "Svi sa rijekom zajedno" (all together with Rijeka). 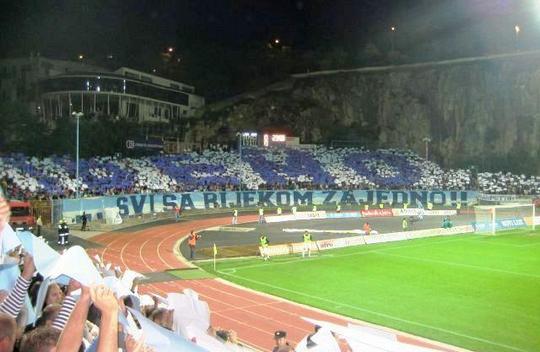 On the other side, on the east tribune, around thousand away supporters gathered. Due to police repression, another 500 supporters arrived in second half of the match. 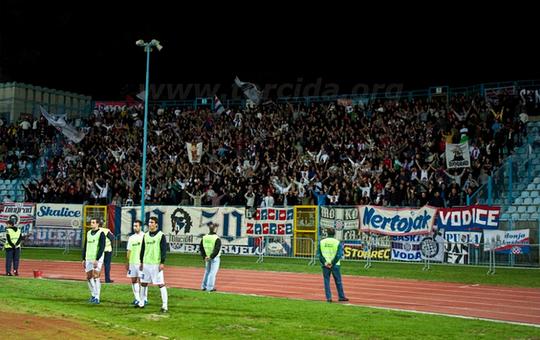 Armada was louder during first half. Total madness with about ten flares and few Hajduk scarves burned. In the second half of the match, Torcida was getting louder since their 500 fans arrived.

In legendary 60th minute (old Armada tradition to light pyro in 60th min) whole home tribune, raised flags and about 80 flares were burned. On the other side, Torcida had around 20 flares during the match. 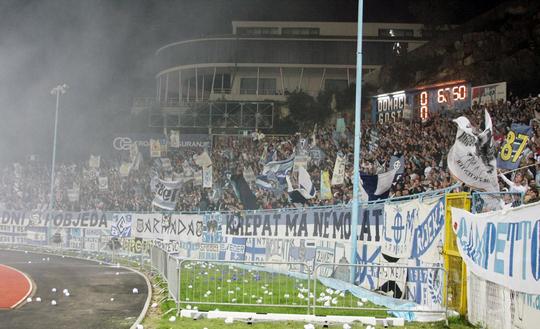 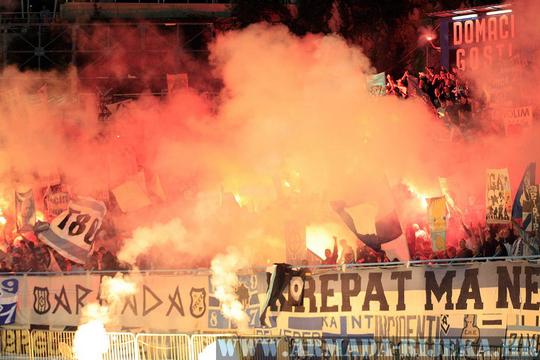 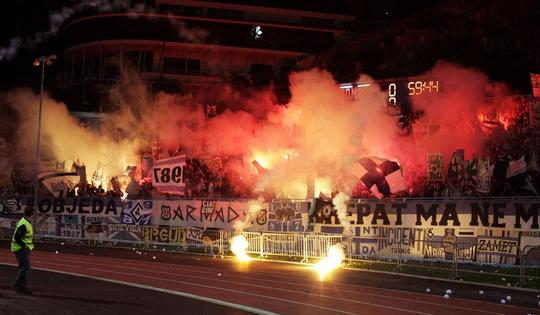 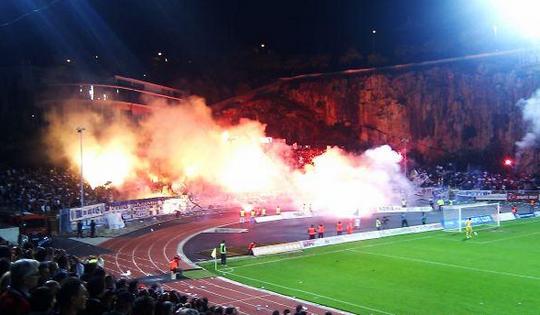 During the second half Armada raised another banner on the West tribune, but the cheering was not so loud. Hajduk scored their winning goal and the battle on the terraces was getting hotter. 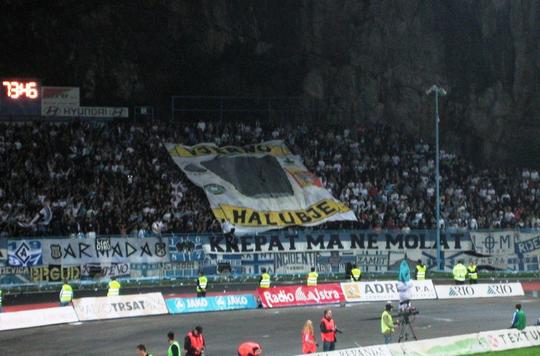 1500 Torcida fans celebrated their win, and full Armada's tribune proudly sang for their club despite the loss and their fall to the fourth place on the table. 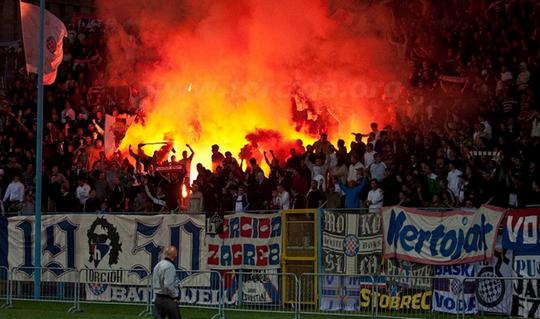 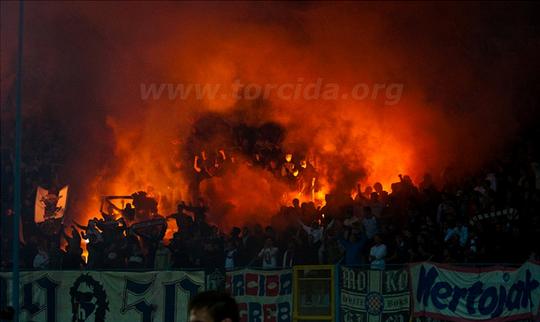 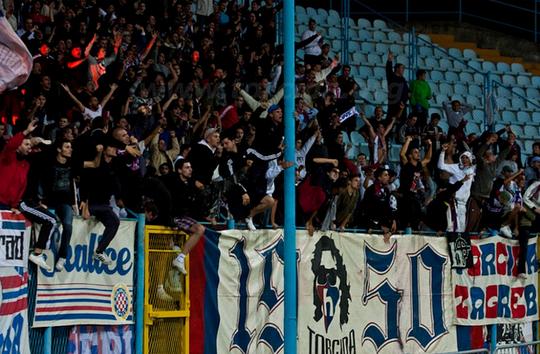 More photos from Croatia September 2010 can be seen here!

Help us with match reports, Interviews and general news. Contact us.