The derby in Limassol ended 2-0 to Apollon, sending the local team to the last 8 of the Cyprus Cup.

The atmosphere was fantastic. I arrived at the stadium 5 o`clock and waited for the match to kick off 18:00.

Around 17:20 a bombing sound was heard and a lot of smoke came from outside of the stadium. I got up to the upper stands and looked down towards the entrances and I saw 2000 raging fans running inside the stadium literally shaking the ground. Supporters took place at the downer part of the stands which Apollon Fans call Gate - 1.

Few minutes before the match started, the Apollon fans on the upper section lifted stripes with the colors blue, silver and then blue again (the colors of the team; white is replaced by silver). At the lower stand they had a black banner with "GATE ONE" cut out from it. In the name "GATE ONE" they lighted torches without smoke, at same time they made the to their home, with Apoel fans helplessly trying to chant louder from the opposite stands.

During the match it was not easy to hear the Apoel fans from my place. Apollon supporters created a great atmosphere during the match.

Nothing special from Apoel supporters, only vocal support. 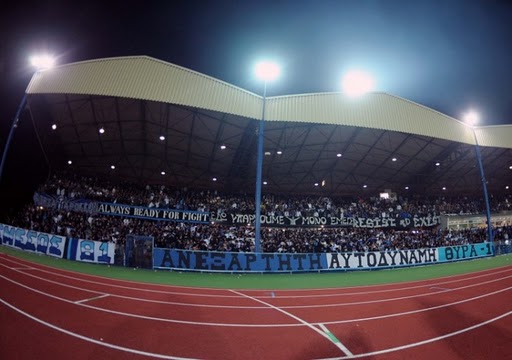 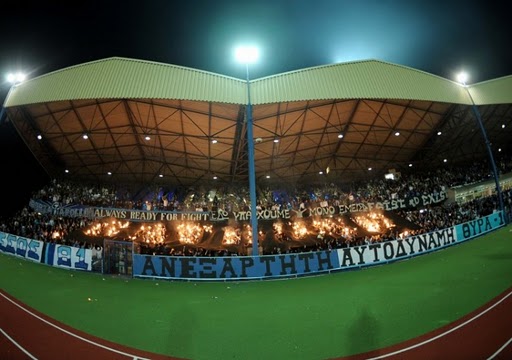 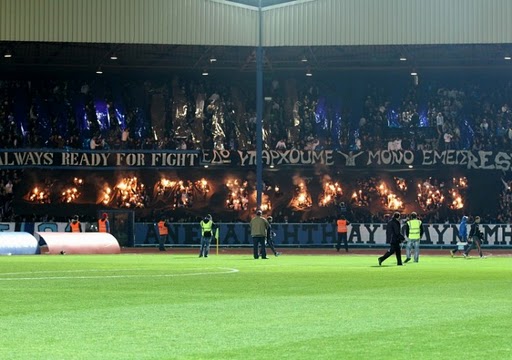 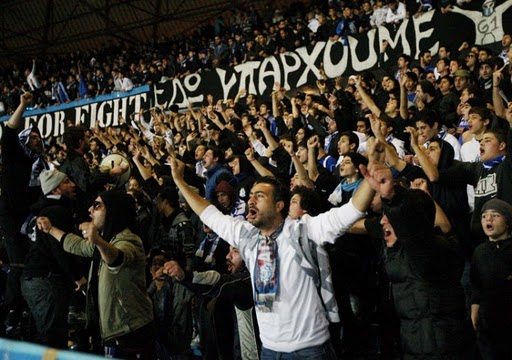 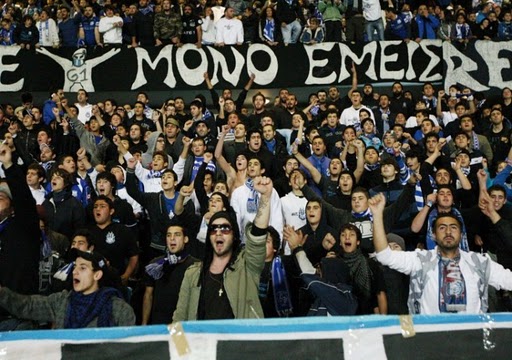 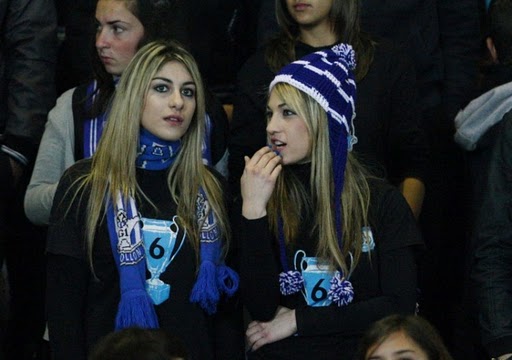 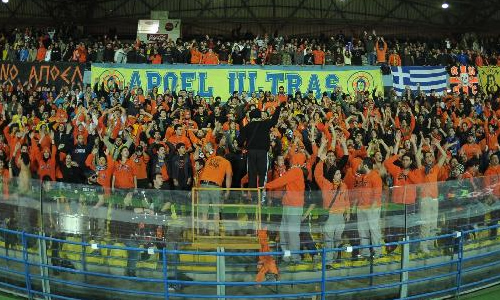 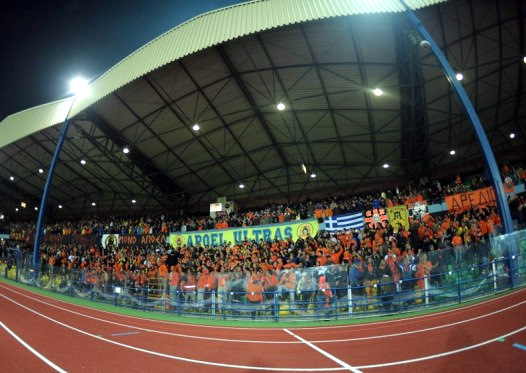 Thanks to Andronicos for this match report!