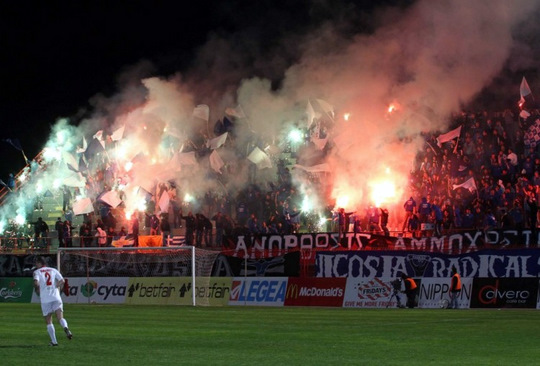 Anorthosis were founded 30th of January 1911 in Famagusta, a city north of Cyprus. Due to the Turkish invasion of Cyprus, they had to move to Larnarca, another city in Cyprus. In this city they built Antonis Papadopoulos Stadium, with a capacity of 13 500.

Their main group is named MAXHTEC, which means fighters, most likely a name used as a symbol of "fighting back their old city".

For this match against Ermis, who also play in Larnarca, MAXHTEC had 2 tifos and 2 pyro shows as celebration of the 100th anniversary.

The banner says "100 years", with images of some of their legends and their city under the phoenix, their emblem.  Then there was a pyro show with 100 flares, symbolizing the 100 years of their club. 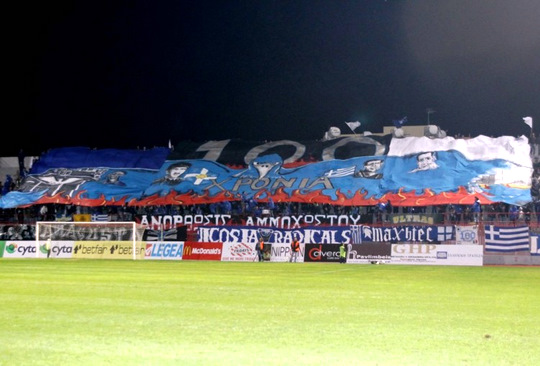 In second-half there was a second tifo with 5 banners. The 3 big ones are a flag of Byzantine, a Greek flag (these are the origins of the club) and one saying 100 years ANORTHOSIS. The slogan is a phrase of a former chairman: "The spirit of Anorthosis is not destroyed and our great Anorthosis as the phoenix is always re-born". Then there were blue and white smoke bombs. 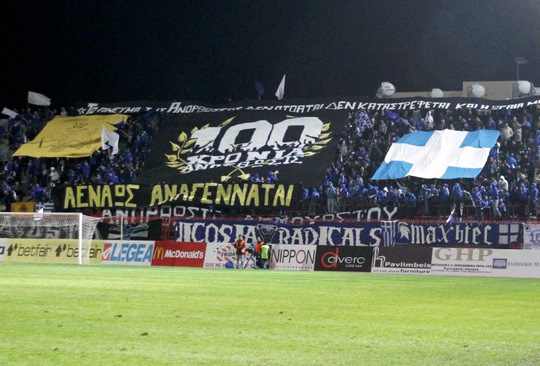 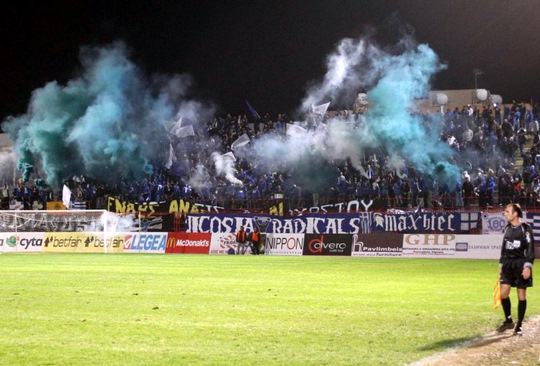 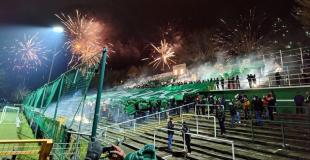