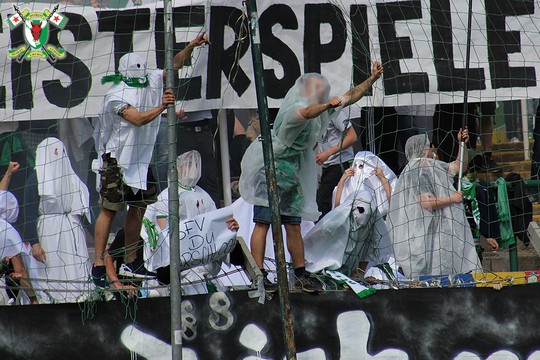 In one of the last matches of Chemie Leipzig the opponent player gestured against the home fans. 5 fans went behind the bench to take him to task. One climbed on the fence. The referee interrupted the game for 3 minutes. You can see what happened at 5:20

Weeks later the club get a fine from 2000 Euros and one match without spectators - so called "ghost-match".

On the next match  after the decision the Ultras of Chemie Leipzig (Diablos and Ultra`Youth) made a ironic spectacle against the regional football association.

After pulling a flag over their heads and small dose white smoke they clad themselves as ghosts surrounded by the slogan from the German author Goethe "Spirits that I've cited, my commands ignore." The Ultras climb on the fence and showed other slogans with offensive content, because it was part of the judgment. At the same time the showed a banner with "How many ghost-games we will get for this?"

Later they showed a flag with a changed logo from the Stasi. Stasi was the intelligence agency of the former German democratic republic who works with a system of lies and informers against their own people. Now the logo was a mixture of the local football association and the Stasi.

Additional they showed a lot of banners against the association, which was presented with one special observer who wrote every banner and every song in his notebook. But he was uncovered by some of the ghosts.

The match ends with the victory in 93th minute for Chemie Leipzig. 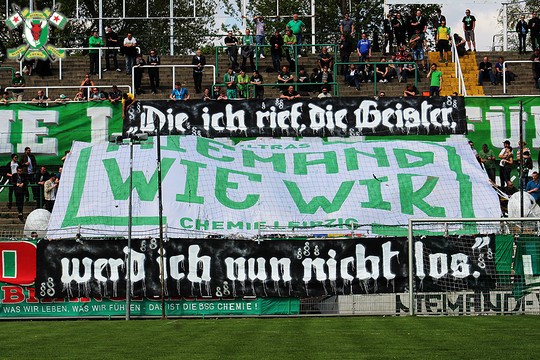 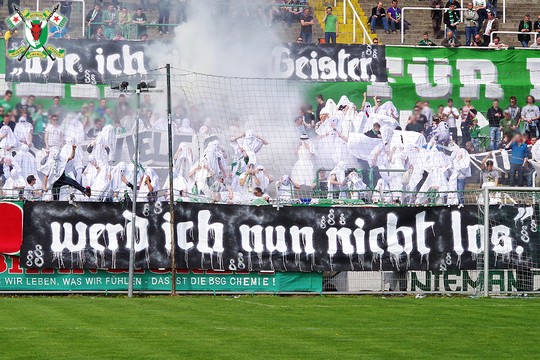 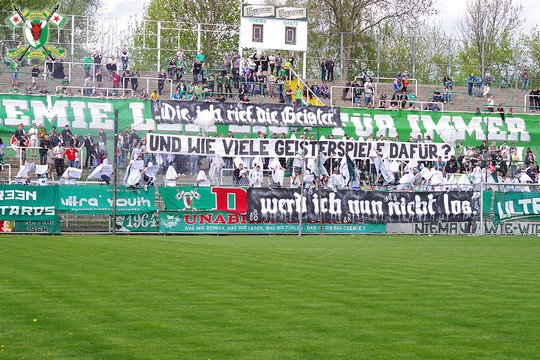 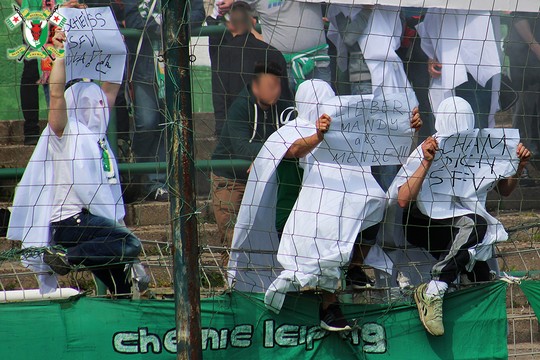 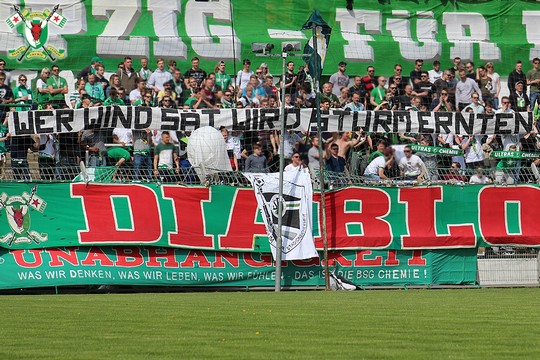 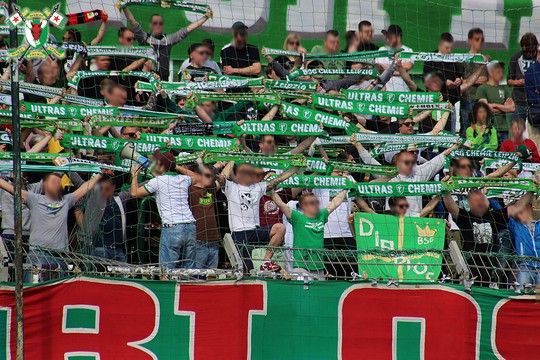 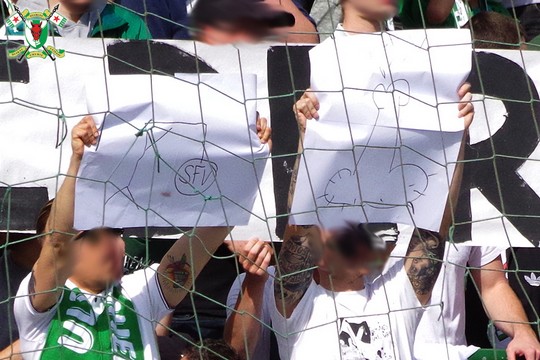 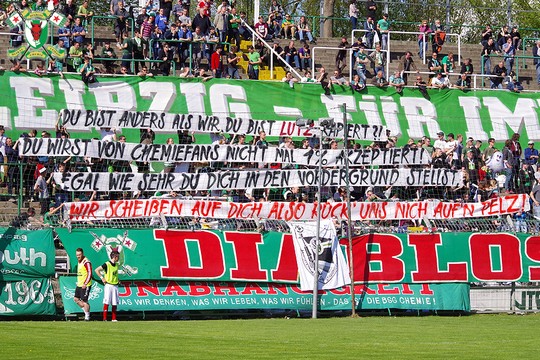 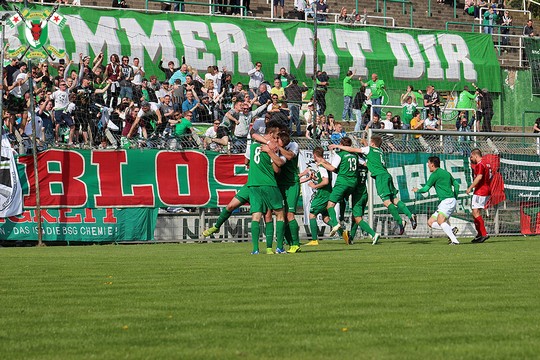 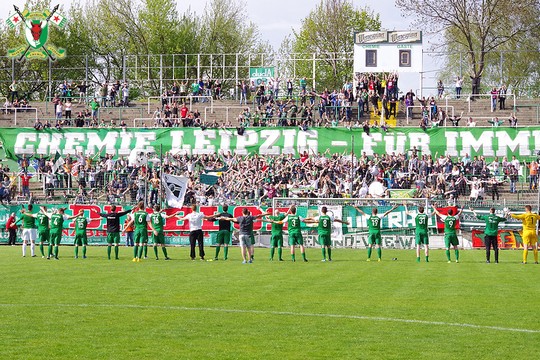