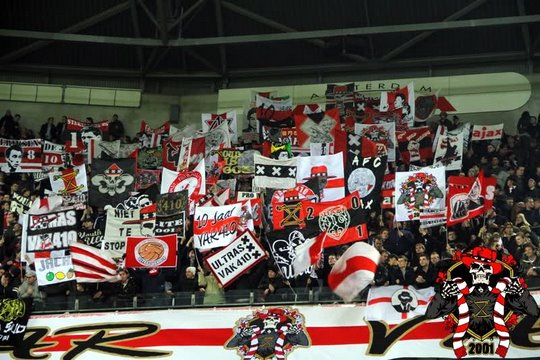 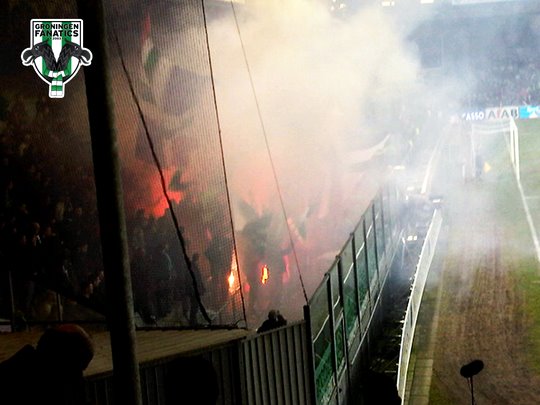 15.02.2011. Heracles supporters because they want new stadium. For several years they've been promised a new stadium. 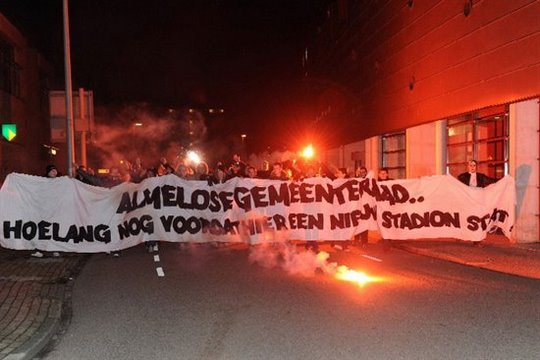 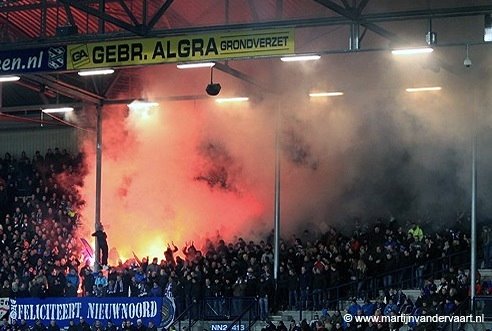 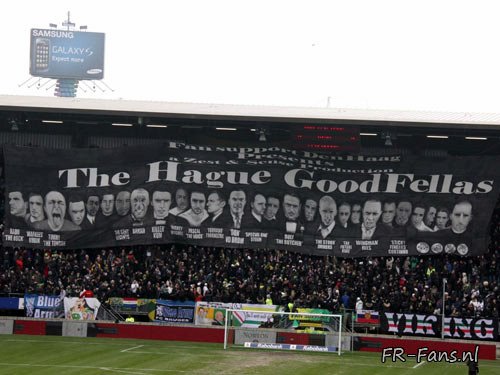 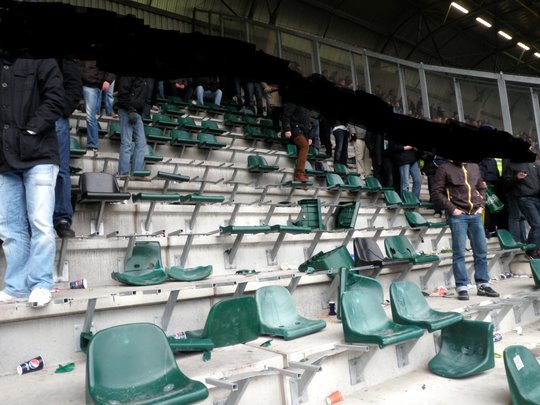 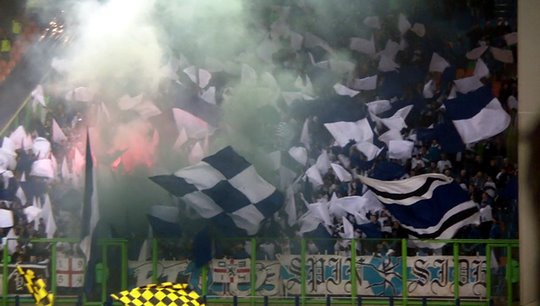 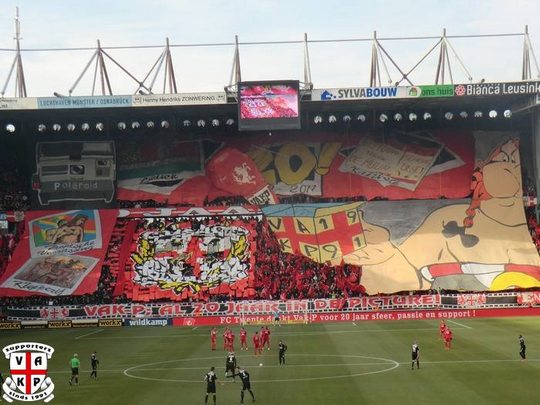 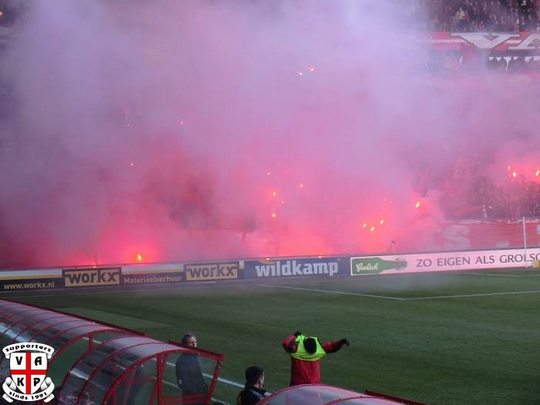 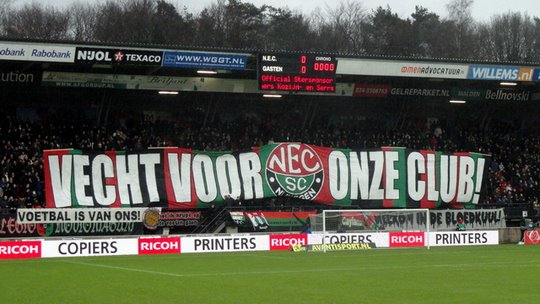 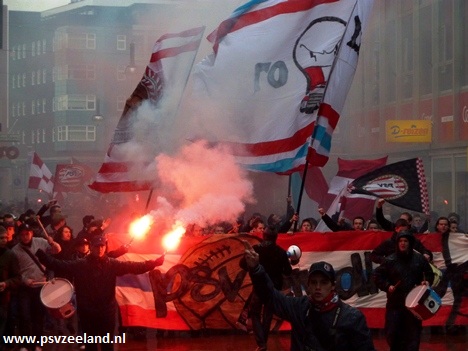 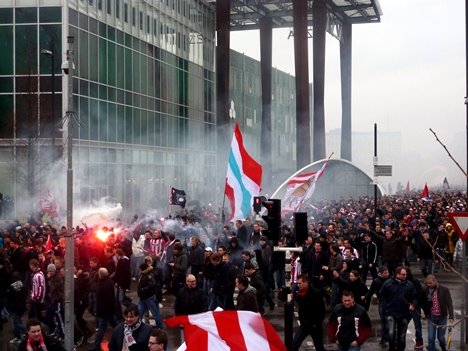 New protest against modern football started among the groups in Holland this month. Lot of similar banners with "Voetbal is van ons" (Football is ours!) were seen on many stadiums.

The initiative has been started by 18 groups in the Dutch first and Second division. These groups have been putting their strengths together, in order to protest against 'the modern football' (In Dutch: 'Tegen het moderne voetbal')

Football is moving away from the 'normal' people, onto the commercial interests of large enterprises. This can be seen in the decisions which are taken by policy-makers. Besides, many senseless rules and measures in- and outside the stadiums is a big flesh in the eye for a lot of supporters.

The remaining matches of the current season will clarify more about the motives and intentions of the groups. The idealistic goal for them is to bring the football back to the people. They state this with the slogan: 'Voetbal is van ons!'. 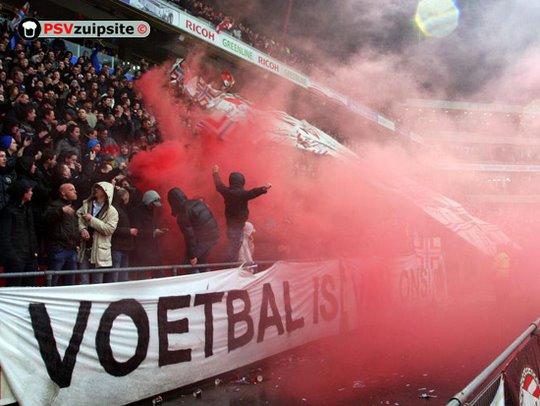 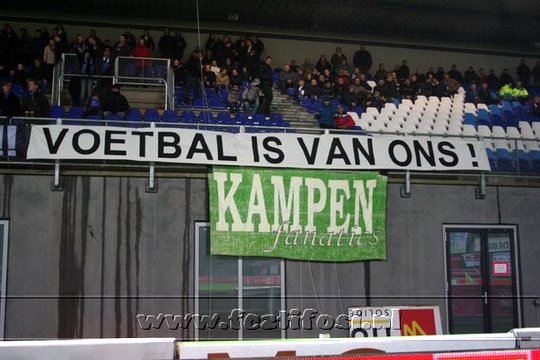 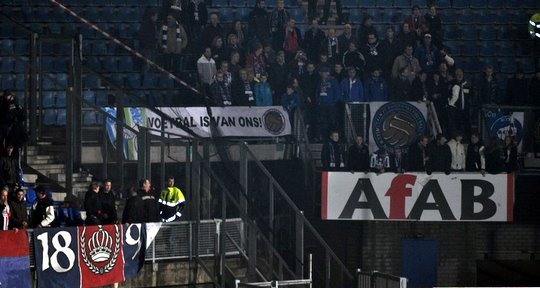 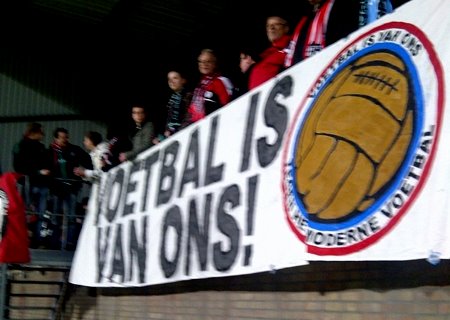