Supporters did cut cables to stadium lights in protest of high ticket prices.

Supporters did cut cables to stadium lights in protest of high ticket prices. 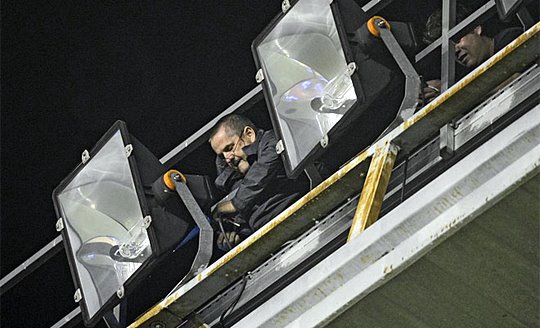 Rayo Vallecano's attempt to host city rivals Real Madrid on Sunday was allegedly sabotaged by vandals who messed with the Campo de Fútbol de Vallecas' electrical cables, cutting the power to the stadium's floodlights. The players were forced to wait around as attempts to fix the problem were made, but the match was eventually postponed and rescheduled for Monday night. And Cristiano Ronaldo was clearly not pleased.

Rayo's president Raul Martin Presa indicated he had reason to believe cables had been cut.

"Vandals have cut cables, we have tried to solve the problem as quickly as possible but told the stewards not to open the doors of the stadium. We will leave it to the police to find out who is responsible," said Presa.

Fans were not allowed into the Estadio de Vallecas ground for security reasons ahead of the match, which had been due to start at 9.30pm local time (1930 GMT).

So the troubled start to Real Madrid's season takes another odd twist, but this one might not be all bad. Had this match been played on Sunday, it would've been its third in nine days. Maybe an extra night's rest will help.

Ultras-tifo has been told this was done because Roya increased tickets prices a lot before this match, even season card holders were told to pay extra. But this is still not confirmed. 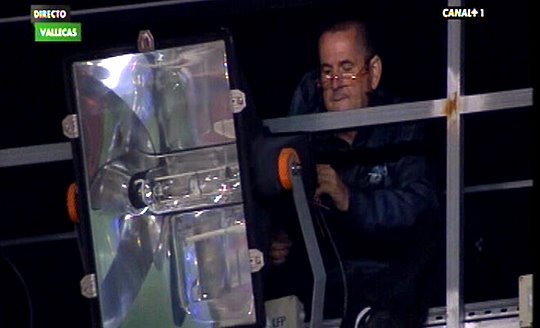