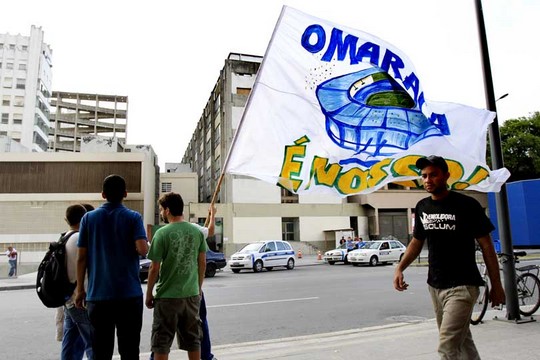 Rio de Janeiro: Supporters protest against conversion of Maracana to modern stadium with expensive tickets, shopping center, theather... All for World Cup 2014. One of our forum members write full report from the protest and explained whole situation:

"Today we had a public hearing, made by the government of state of Rio de Janeiro. They want to privatize the Maracanã stadium, which will belong to the billionaire Eike Batistia, who will start a process in order to make the “Biggest stadium of the world” more elitist.

The process of elitization will be done through a hygienic way, social cleaning and to the supporter culture attack, helping in the imposition of the modern football in Rio de Janeiro (which it is already strong in so many aspects) and in the whole country, Brazil. To privatize a stadium, we must have a public hearing (it is said by the law), and we had one. 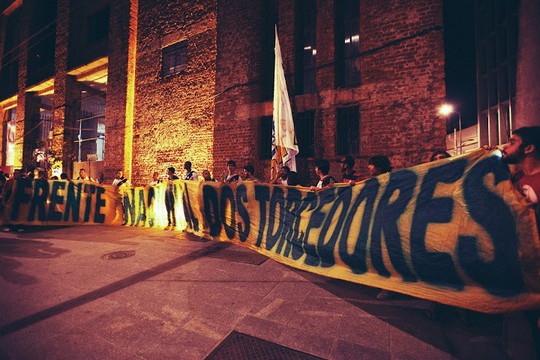 The government and their secretaries, who are so spoken by the local media about the shameful case of their trips in Paris with public money, set up a theatre, a play in this hearing, where everything that would be spoken, would enter by one ear and would go out by the other one. And we from the FNT – Frente Nacional dos Torcedores of Rio de Janeiro (Nacional Front of Supporters of Rio de Janeiro) were there, together with other organizations which would also suffer with the process of privatization and elitization of the Maracanã stadium, like the Indians from the village Maracanã, who would be evicted and they would have their land demolished by the government, and the athletes of the water park Maria Lenk and the athletes of the athletic track Julio Delamare who would have their training space destroyed in order to build a parking lot. 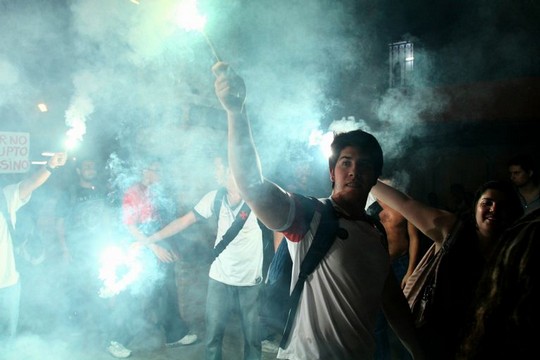 And that is not all, the government would also destroy a public school (one of the bests schools of the city, and it was worthy of pride for the current reelected mayor) called Frienderich (name of a great football player of the 20th century), so that the parking lot be big enough. What’s more, there is the removal of communities and favelas (slums) around the Maracanã stadium, so that the heads of state and managers of football of the whole world can’t see the poverty so close. Everything in name of the world cup, example of the maximum level of the modern football, that wasn’t like that in other times. 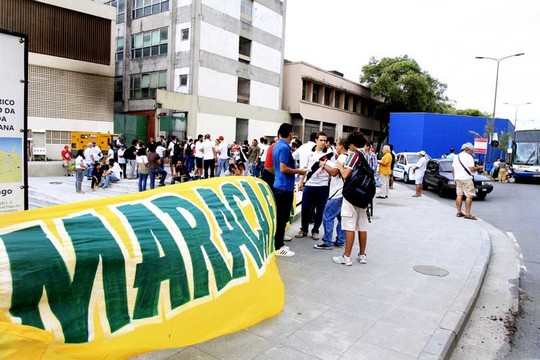 We from FNT – Rio de Janeiro are fighting against this, because this privatization and elitization will be a mark of consolidation of the modern football in Brazil. The Brazil’s most popular stadium until now is going to be a stadium for the elites. Expansive tickets, imposed by Eike Batista, exclude the T.O’s (organized supporters), the Barra Brava supporters and the poorest supporters who aren't organized. 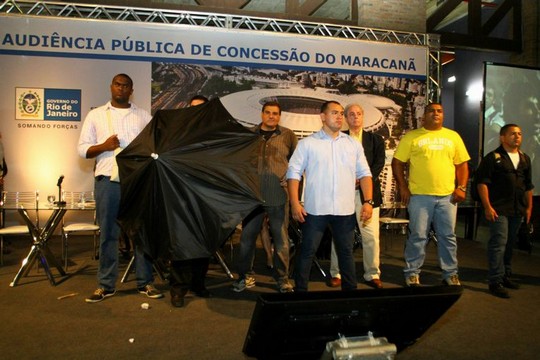 It will put an end in the culture of singing, jumping, screaming, the culture of percussion instruments and it will become a stadium of clapping and applause, imposing the logic of profits, of business, giving the idea of shopping center and theatre, only for the “civilized supporter” and for his consumption.

Today, we radicalized, not as you have done, but in a way that has brought us progress. We had Indians passing shit in the microphone, in order to forbid the politicians to speak, preventing the hearing. We also had politicians throwing the microphone against the audience and fights of supporters against the security, dogs of the government. Then, we went out and left them talking to themselves. In short, our manifestation gave an antidemocratic character for this privatization, and from here we will act legally, in order to them arrange a new hearing, preventing the legal process of privatization and grant of the stadium, even if they keep trying the legal process."

You can see how will new stadium look HERE.