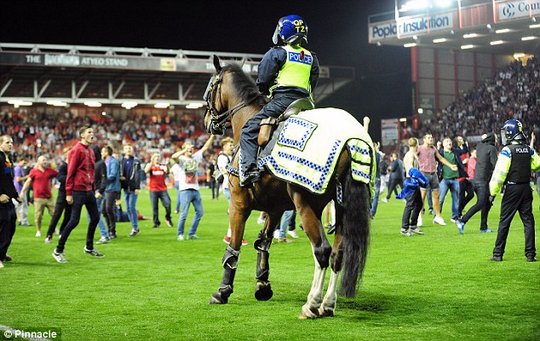 Violence, pitch invasion and pyro at the Bristol derby in England. About 12 people were arrested and three cops were injured.
Mounted police were called in to clear the pitch at Ashton Gate after Bristol City fans celebrated their victory over rivals Bristol Rovers.
Avon and Somerset Police said about 12 people were arrested and three offices received medical treatment for non-serious injuries.

Police in riot gear and stewards were also required to keep rival fans apart following disturbances in the stands.
The match was the first time in seven years the rivals had faced each other. 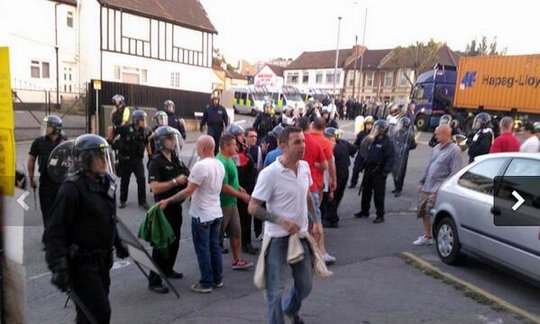 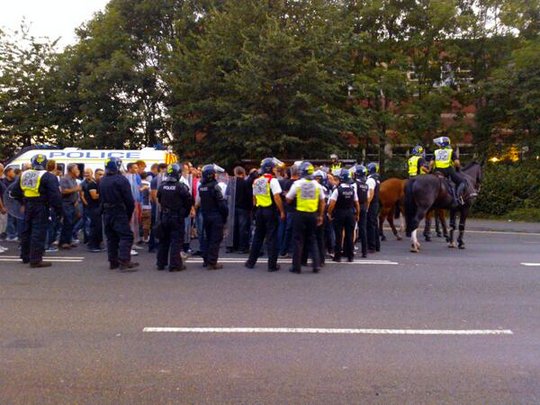 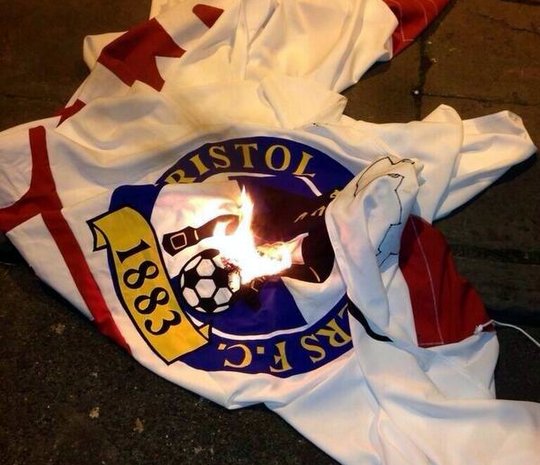 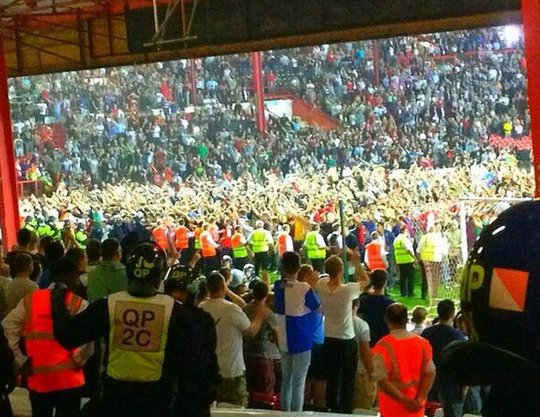 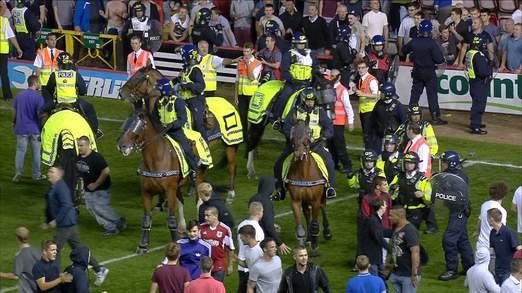 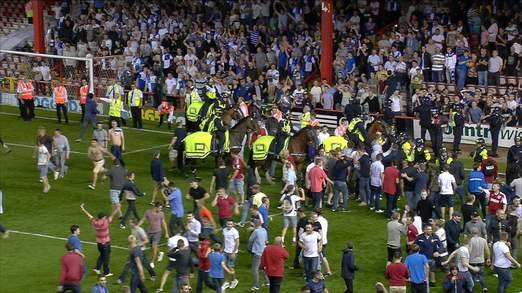 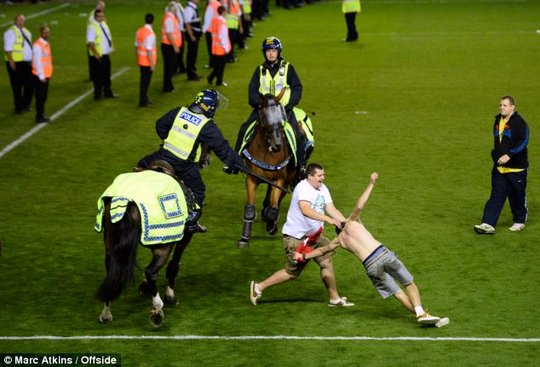 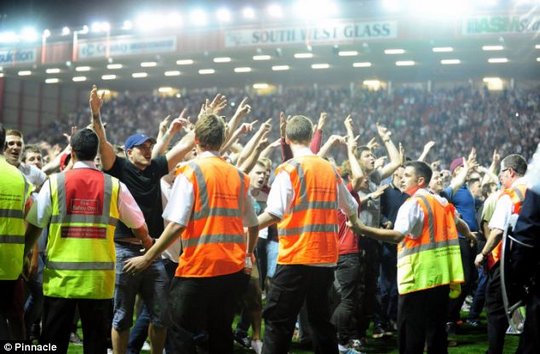 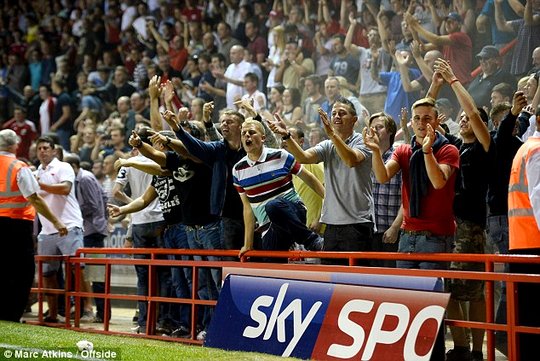 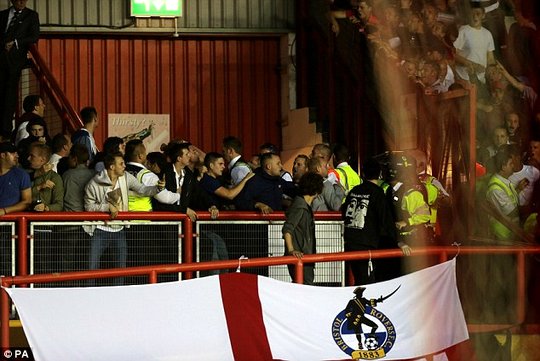 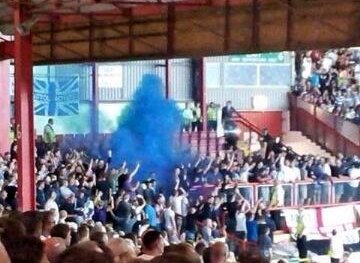