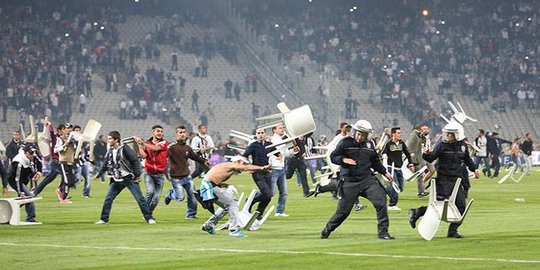 As usual no away fans allowed at this derby in Istanbul.

Incredible 76 000 tickets sold for the match, completely sold out and rumors says even more fans entered the stadium.

Trouble started when referee gave red card to one of Besiktas players. First 2-3 fans invaded the pitch, one of them even tried to attack one Galatasaray player. When police came fans even got more frustrated. Suddenly many thousand fans invaded the pitch and chased police with plastic furnitures. Referee had no choice and suspended the match. 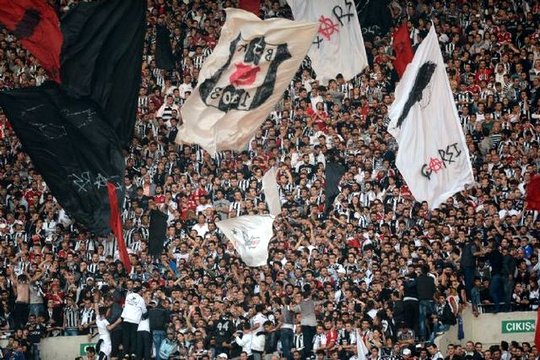 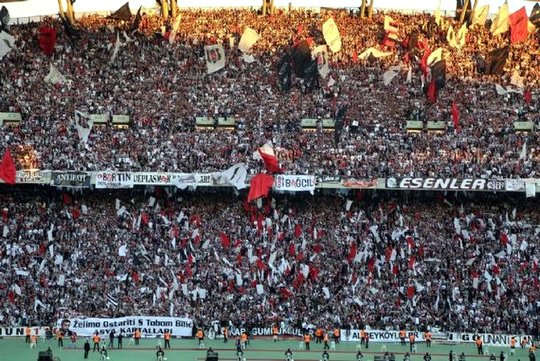 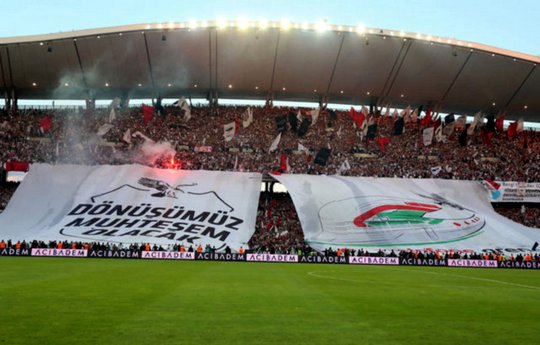 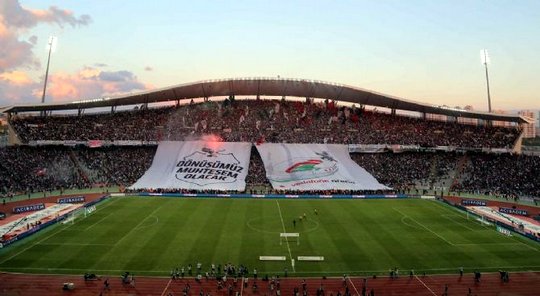 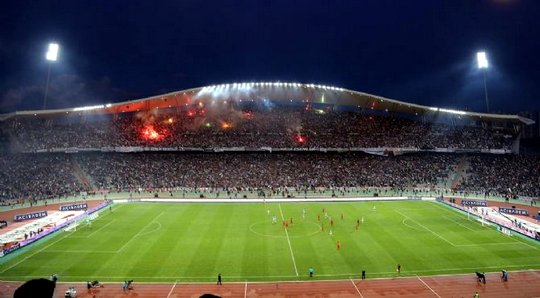 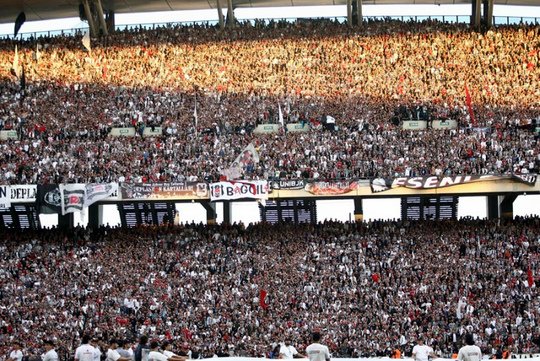 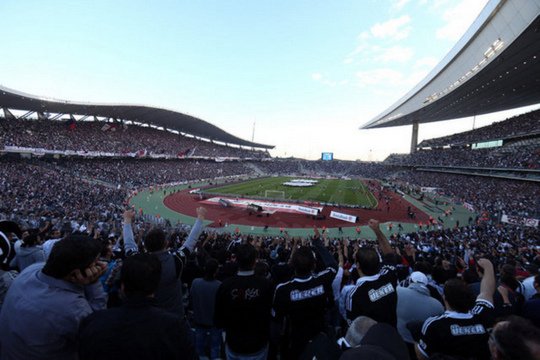 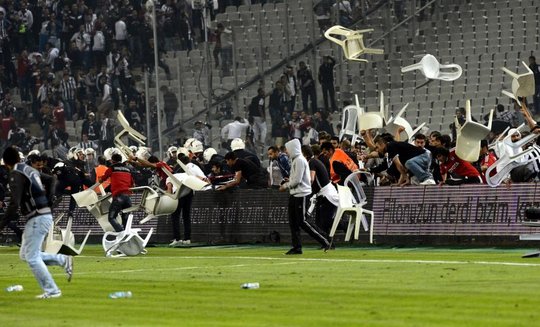 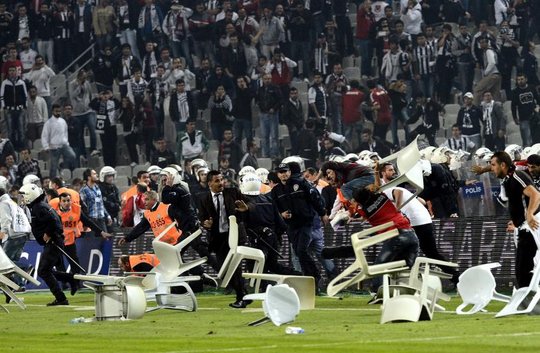 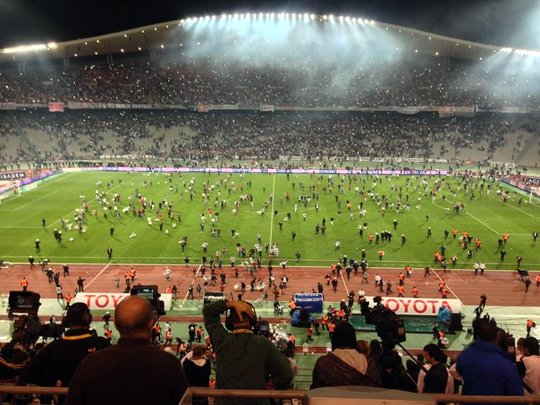 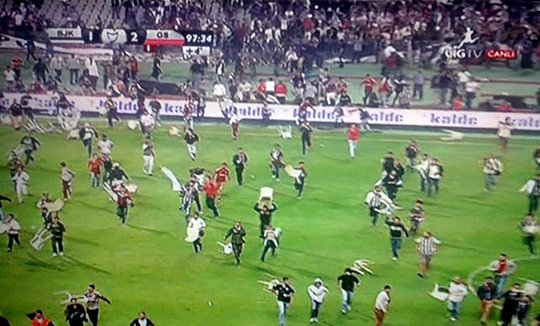 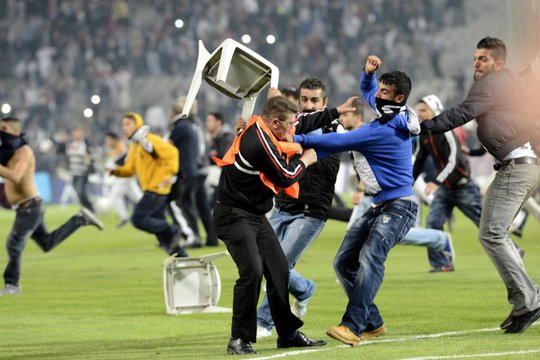 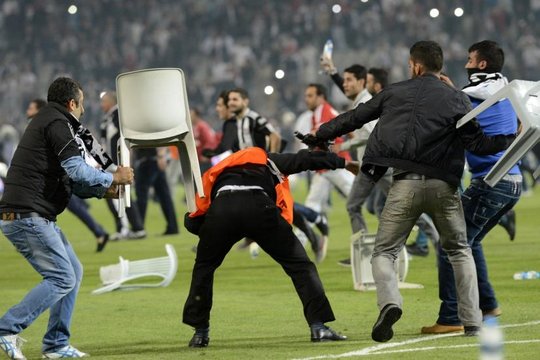 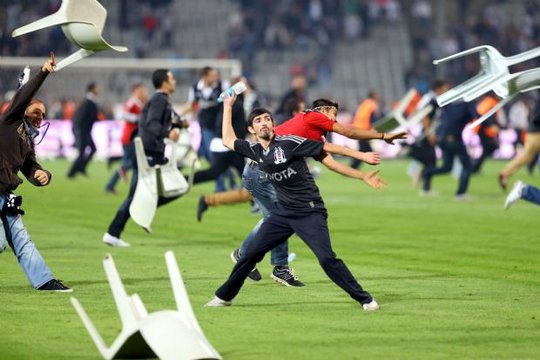 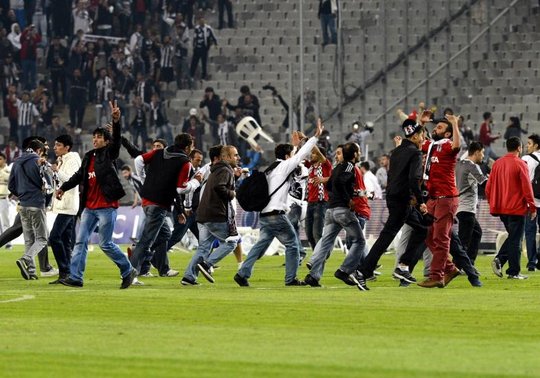 Galatasaray fans gathered at their training facility when players left with bus for the match: 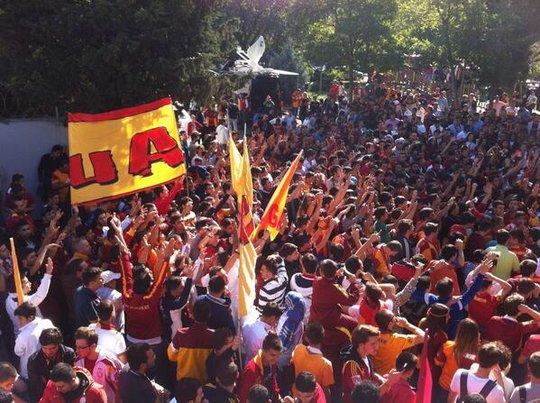