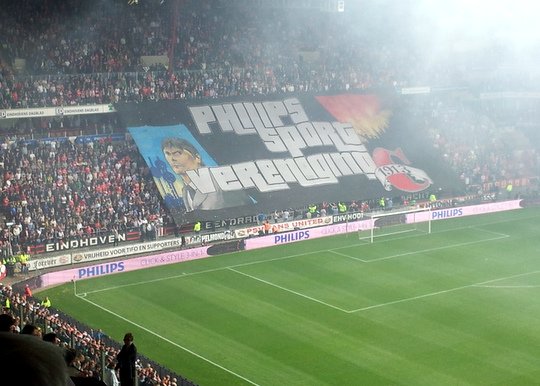 Ajax fans were banned from going to the match against PSV because special trains from Amsterdam were cancelled due to engineering work. Ajax then wanted to organize buses for their fans, but Endhoven mayor Rob van Gijzel rejected the plan after fearing fan violence.

Ajax even lost a court bid to overturn this ban on their supporters attending the match.

PSV fans displayed this banner at the match: