Strange situation in Italian 3rd division last weekend when the local derby between Salernitana and Nocerina were supposed to be played for the first time in 25 years.

Fans of Nocerina waited for this match for a long time, their Ultras have accepted the "tessera" (Fan ID-card in Italy) and therefore allowed to visit matches of their team. But police said this was a high risk match and decided not to allow away fans.

Nocerina Ultras then got very upset because it was the first derby for 25 years and because they already had the ID-card. Therefore Nocerina Ultras told their players to not play this match.

When players of Nocerina came to the stadium they told the police they didn't want to play. Police chief talked with the players and 30 minutes after schedule match started.

Nocerina did 3 substitutions after just a few minutes, right after 5 players faked injuries and couldn't continue the match. With only 6 Nocerino players left at the field referee was forced to interrupt the match after just 20 minutes!

During the match an airplane also pasted the stadium with a banner "Respect for Nocerina and their Ultras".

After the match 23 Ultras from Nocerina got banned for "threating the team".

Ultras of Salernitana with corteo and protest against "tessera". 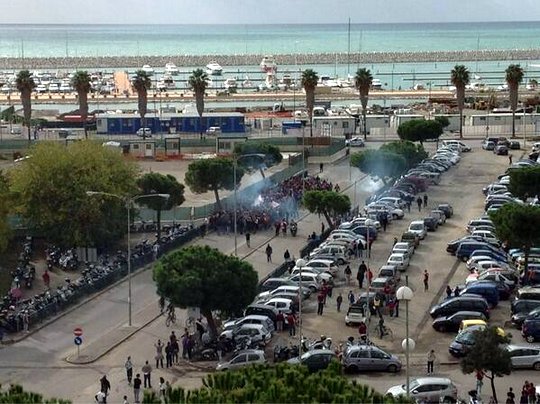 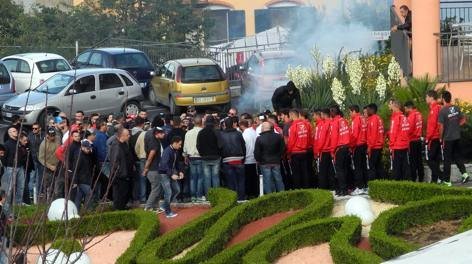 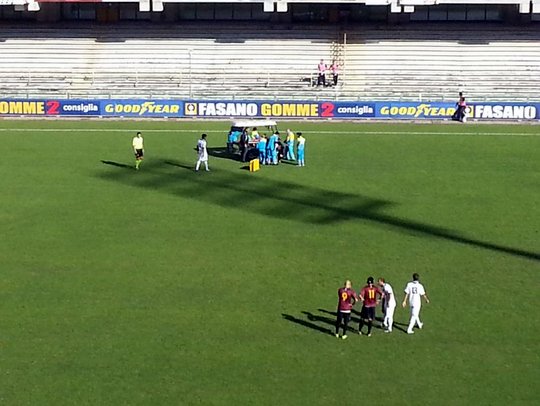 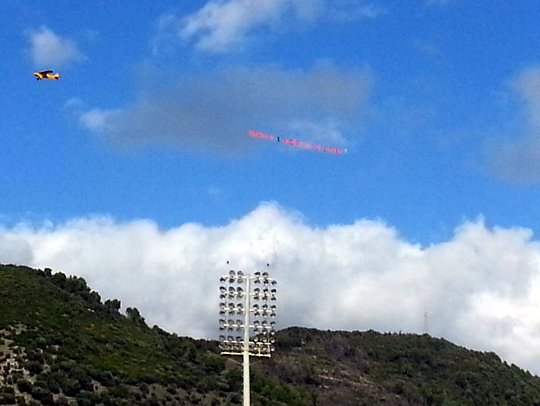 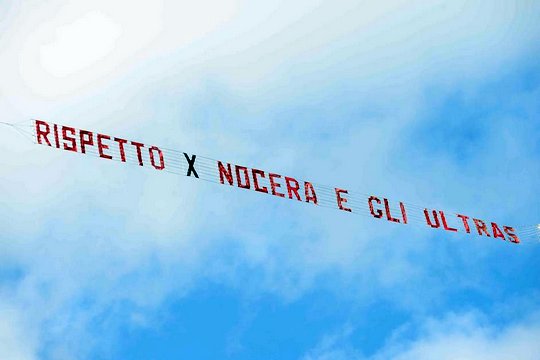