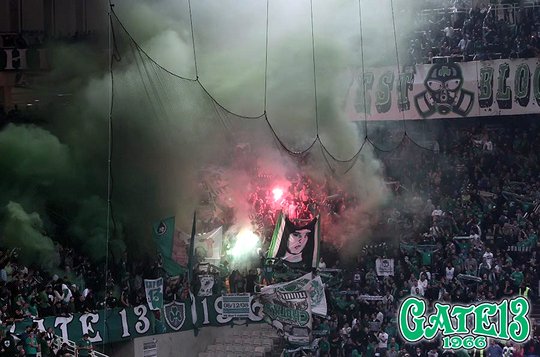 This match was interesting. Serbain fans from Crvena Zvezda have a good friendship with Greek fans from Olympiakos, the same Olympiakos is main enemy of Panathinaikos.

Fans of Zvezda didn't get official tickets for this match, but still more than 200 fans travelled to Greece for the match.

After what Ultras-Tifo know most of them managed to get tickets with help from their friends, they also managed to get very close to the stadium about 2 hours before match started. Unfortunately police found the Serbian supporters. Even thought they didn't make any trouble police didn't let them go to the match. Instead police escorted the group to a main street near stadium waiting to bring them to police station.

At that moment Gate 13 members (Panathinaikos) showed up. Situation got chaotic with police, Zvezda and Panathinaikos fighting.

In the end we are told 3 fans from Zvezda got arrested after this fight, police also broke the leg on one Serbian lad. 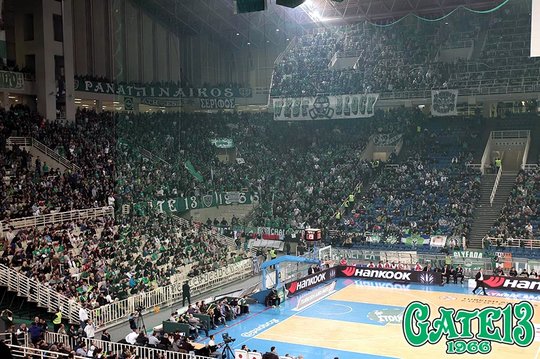 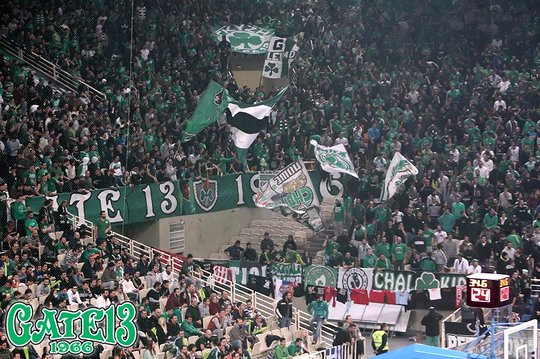 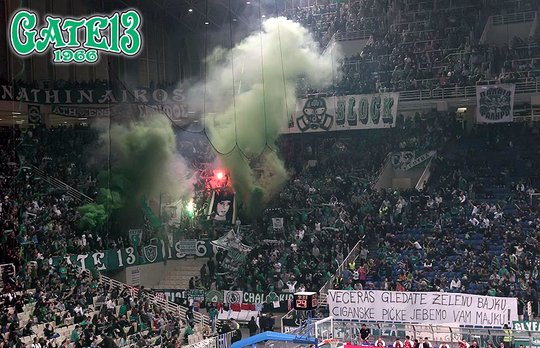 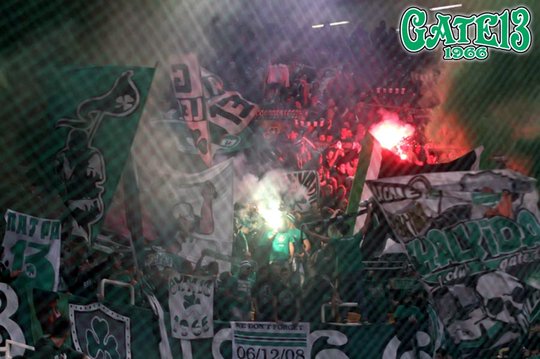 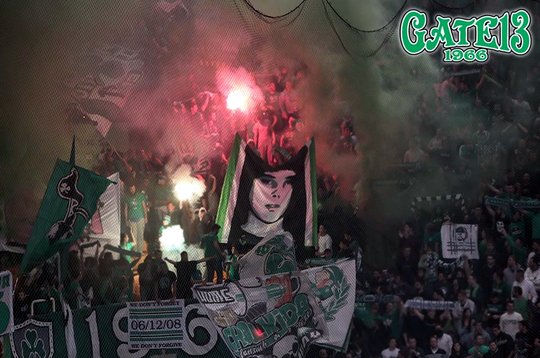 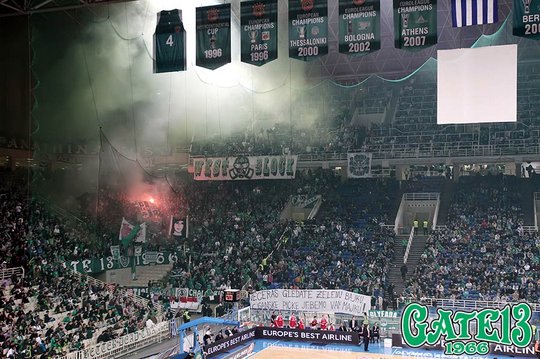 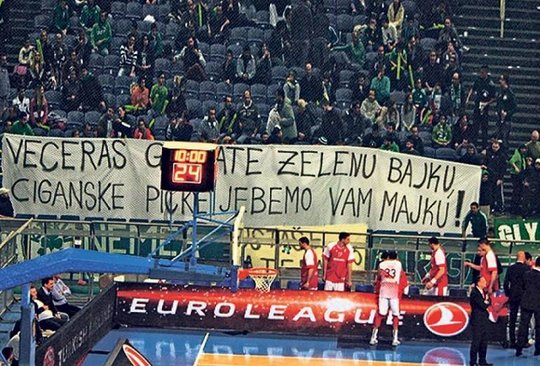 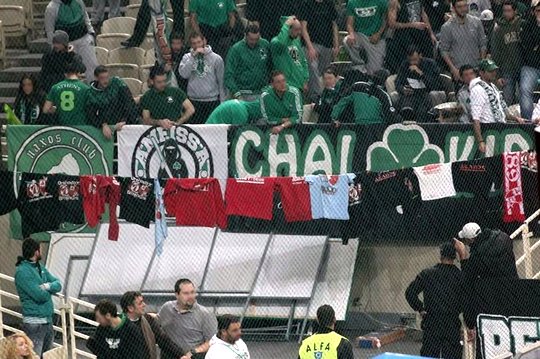 The next day during football match Zvezda - vs Vojvodina, Delije (Zvezda) displayed two banners regarding the fight with Panathinaikos day before:

''We saw your green fairy (meaning the fight before the match),
we fucked up your dads and mums'' 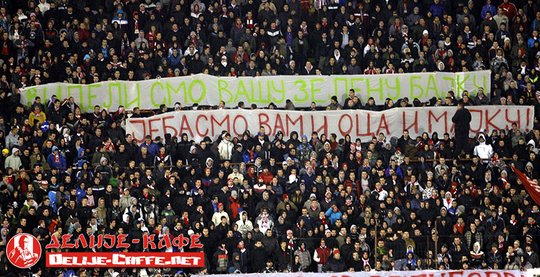