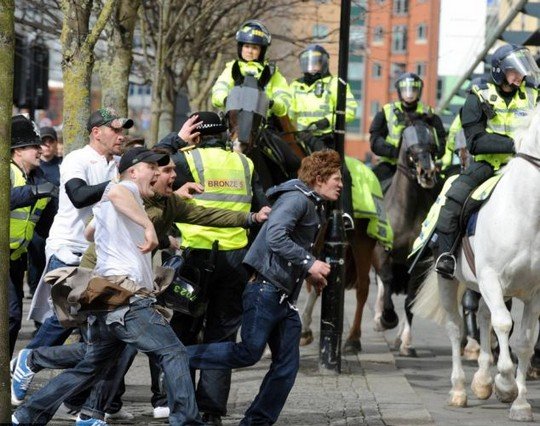 As a result of the riots in Newcastle in April last year, Sunderland fans must travel by official coach if they want to gain entry to St. James' Park for the next derby match.

The match are being held February 1st (kick off 12:45), and Sunderland fans attending the game will be required to travel to the match on official transport departing from the Stadium of Light. Basically it means that Sunderland fans living close to St. James' Park have to make a number of trips back and forth between the two city's!

To gain access to the match, the official transport must be used. After match they will be required to leave the stadium in the same way.

Another example of that police treat football supporters worse than terrorists!

Video from last year (more in this article):