Sweden: Chaos in friendly match when fans of both teams invaded the pitch.

Sweden: Chaos in friendly match when fans of both teams invaded the pitch. 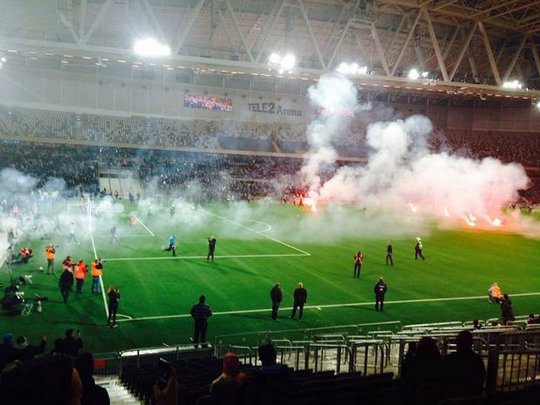 We are not 100% sure why this riot started, but in the home section there was a banner with "FC Dynamo Berlin", main rival of Union Berlin. That might be the reason German fans invaded the pitch before kick off.

With help from players the police managed to clean the pitch and calm down the situation. After 40 minutes delay match could start, but in middle of second half referee decided to suspend rest of the match due to more fan trouble. After the match fans continued rioting outside the stadium.

One Union Berlin fan is reported being injured and 3 policeman's.

This banner about Union Berlin's main rival might started the pitch invasion. 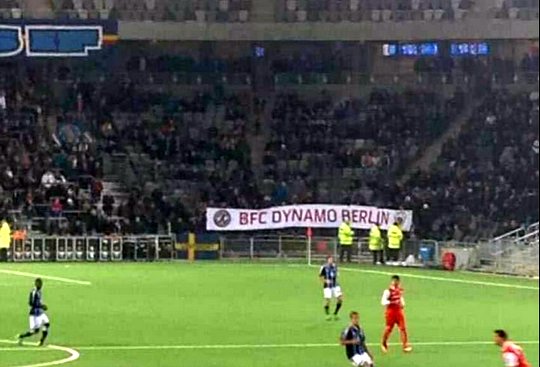 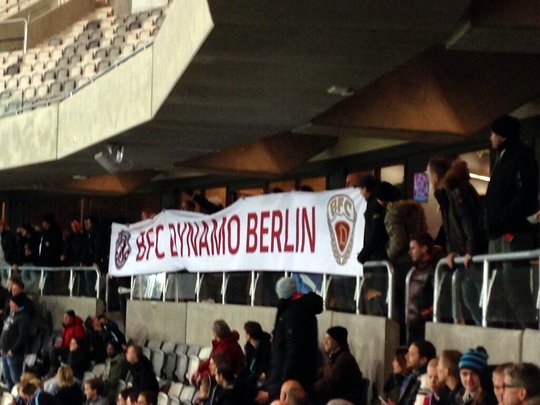 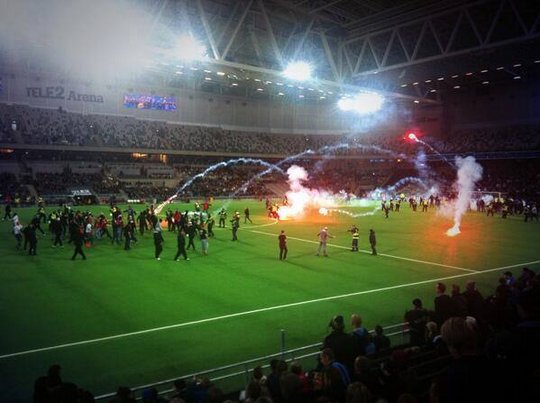 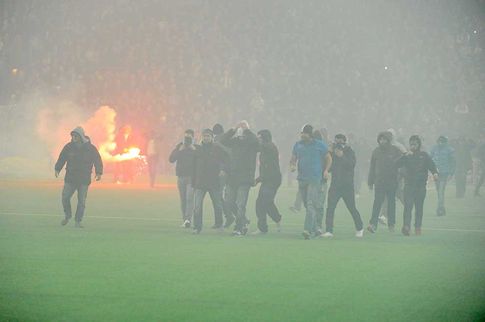 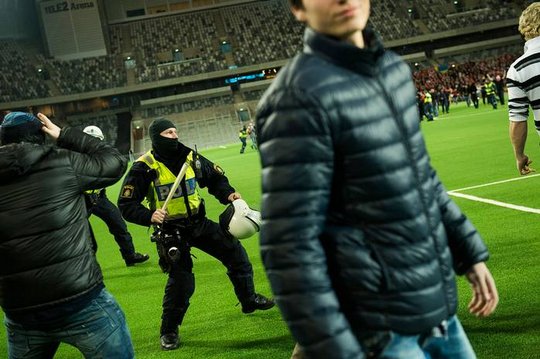 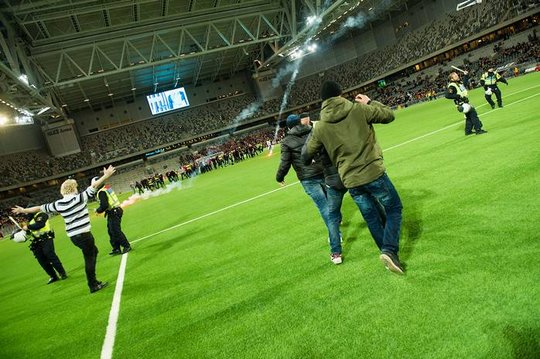 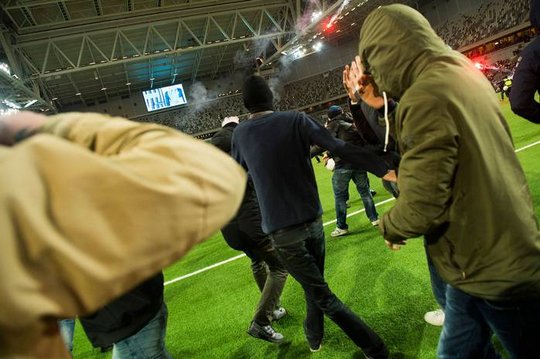 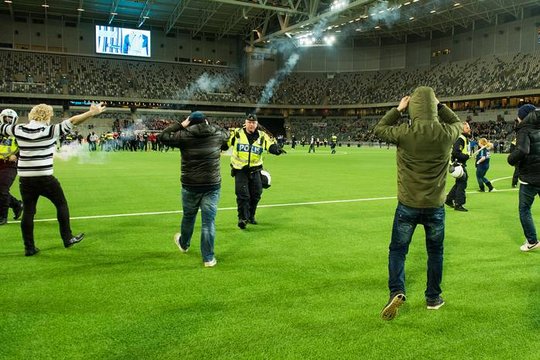 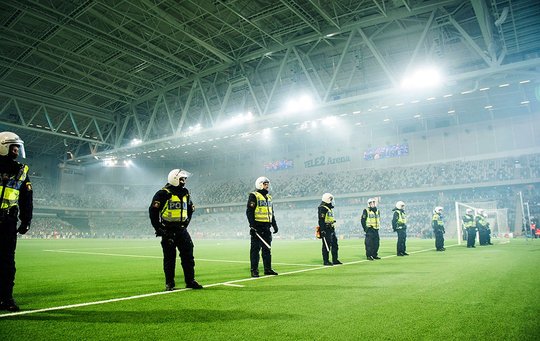 Match could start after 40 minutes delay.

But in middle of second half referee stopped the match because of more pyro. 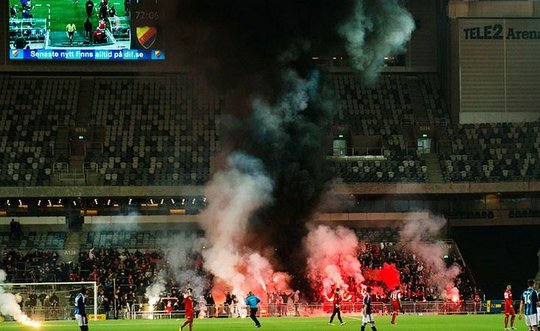 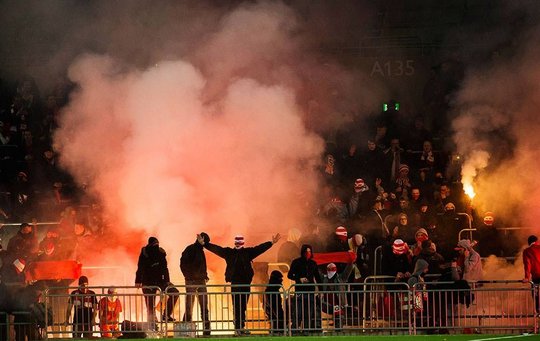 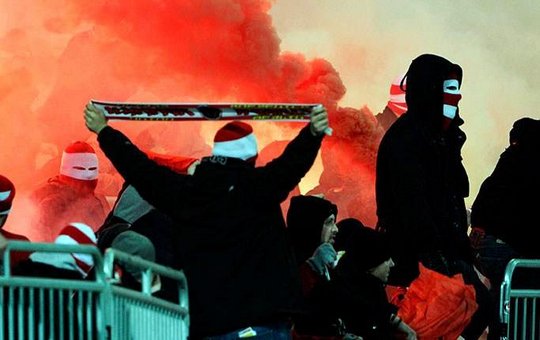 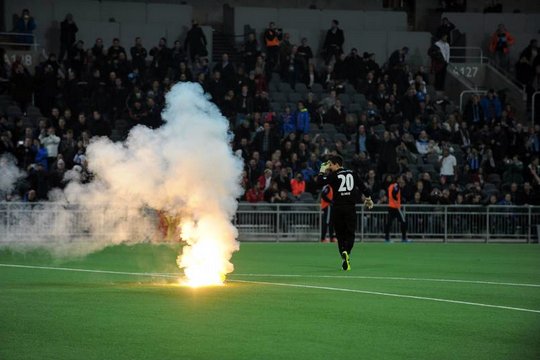 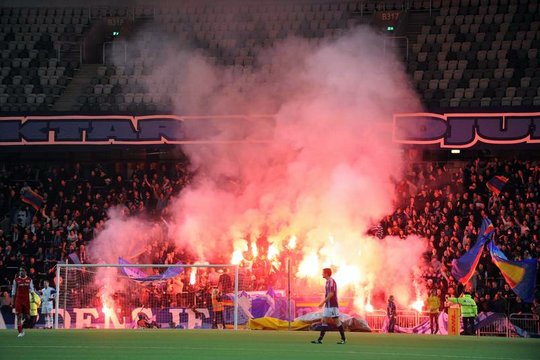 Trouble continued outside the stadium. 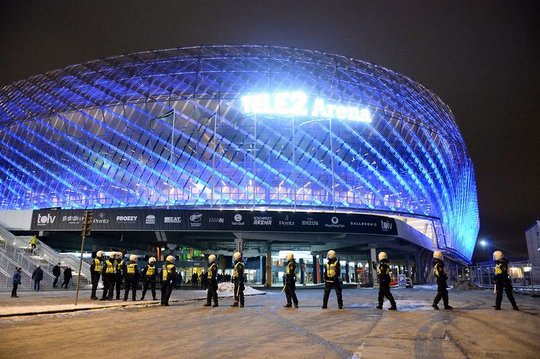 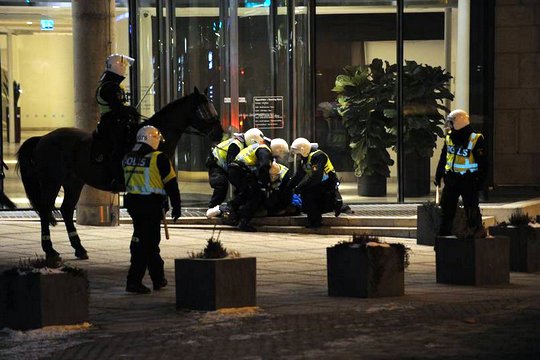