All you need to know about the stadium and city Curitiba

All you need to know about the stadium and city Curitiba! 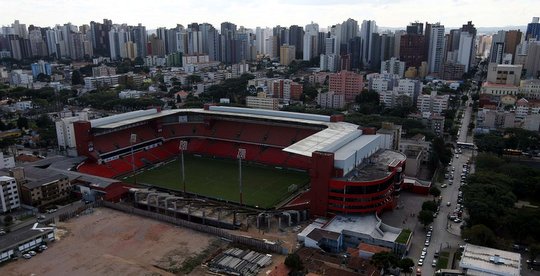 Built in 1914 by Joaquim Américo Guimarães. The first stadium in Curitiba, in that time just known as Baixada and was the home of Internacional FC.

After a fusion with America FC in 1924 the Clube Atletico Paranaense was founded and took over the stadium. The club officially received the ownership of the land in 1943 and made this place to their home. A truly old school stadium, feared by the rivals because of the intimate and fantastic atmosphere. The good years of Baixada lasted until 1997. The first half of the 90's was a bad time for the club.

In mid 90's the stadium was closed and most of the construction was demolished and rebuilt as a new modern stadium.

With lack of the old famous atmosphere the team managed to win the national championship few years after the new construction was completed. Their first and only champion title.

The changes, what to expect?

In 2009 a new modernization of the stadium started, especially for the World Cup. The idea was to make it a top modern stadium and increase the capacity.

The result is a stadium similar to the big modern stadiums in Europe. 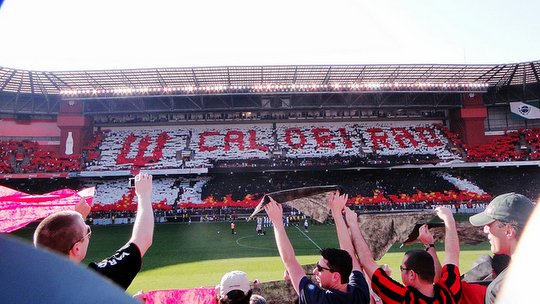 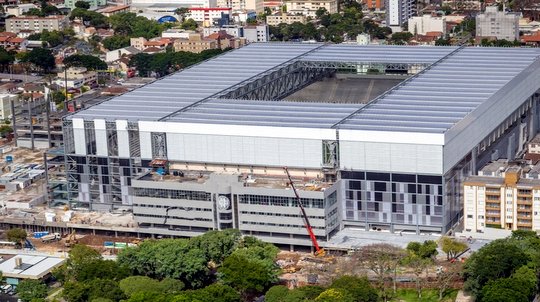 It's said the police will stop sale of alcohol in the stadium area 4-5 hours before kick-off.

Easiest way to find the stadium is to first head for Praça Rui Barbosa (Rui Barbosa Square) in downtown. It's easy to get there from every point of the city. From this square you can take bus number 180 (Agua Verde-Abranches) and get off close to the stadium.

Cab is always possible, but they are expensive in Curitiba, especially during days of WC. 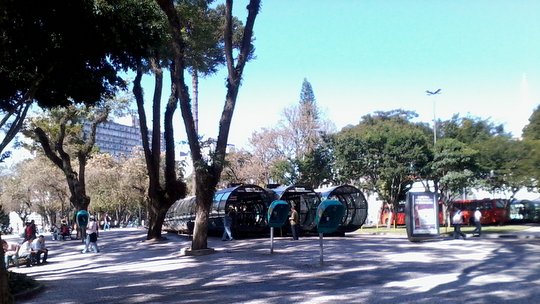 The football in Curitiba:

Curitiba have 3 clubs with supporters worth to mention. Even thought Curitiba is one of the greatest Brazilian cities when it come to good clubs, the city itself is less interested in football compared to rest of Brazil. But don't let this fool you, the real supporters are very crazy for their teams and make very good atmosphere.

One interesting difference in Curitiba compared to rest of Brazil: The clubs use to only have one main supporter group in their stands, while other clubs in Brazil might have many big groups in their stands.

Coritiba: Club from the Alto da Glória district. The biggest group is the Imperio Alvi Verde. The team is recognized by the vertical striped green/white jersey and their white jersey with two green stripes on the chest. They have a dispute with Altetico about the largest fanbase in town. 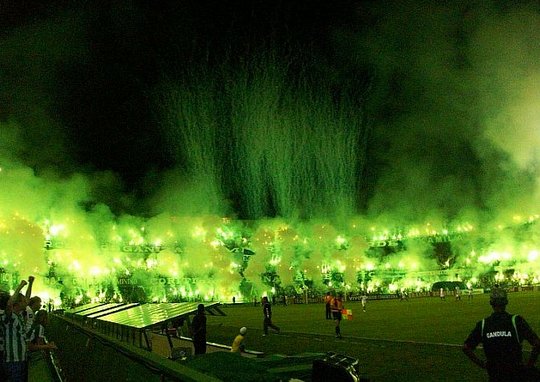 Paraná Clube: Club born after a fusion between two clubs in 1989, therefore the club really don't have it own district in the city. The only supporter group is named Torcida Fúria Independente. The team is recognized by their blue and red vertical divided jersey (similar to Basel or Genoa in Europe), and the tricolor (blue, white and red) nickname. They have a small number of fans compared to the two other club in Curitiba, but when it come to hardcore fans and atmosphere, they are quite equal. 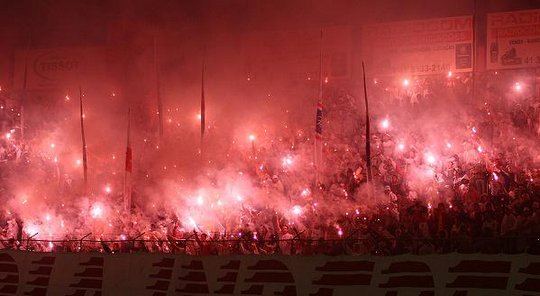 Atlético Paranaense: Also this club don't have their very own district, but they do have good relations with the Água Verde district, the neighborhood of their stadium. The club are recognized by their black and red vertical striped jersey. Their fanbase is large, similar to Coritiba in numbers. The club is often linked to the rich people of Curitiba, even thought all classes attend their matches. 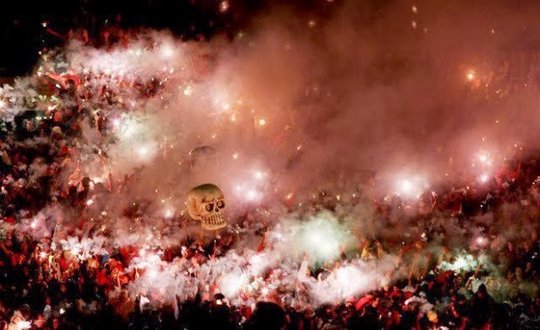 - Largo da Ordem: This is the bohemian area of Curitiba where you will find pubs, music and "people to interact".  In the weekends all kind of people gather here, skinheads, heavy metal fans, hipsters, punks and even normal people.

In the pub O Torto you can find some football stuff about Brazilian old school players. Another option is the outdoor fair every Sunday morning.

- Museu do Expedicionário: Museum about World War 2, specially about the allies and the Brazilian army participation.

How to go: From Praça Rui Barbosa, take one of these lines: Centenário-Campo Comprido, Centenário-Rui Barbosa (business days) or Pinhais-Rui Barbosa. Get off in the Jardim Botânico station.

- The bus system in Curitiba is almost totally linked by the bus terminals. If you make a mistake on your journey, just continue to the next terminal and "start again". You will not have to pay a new ticket. Plan well and you will spend less time in transportations. Before travel, locate the nearby terminal to where you will be hosted.

- Curitiba is the coldest city of the WC cities. At night during this time of year it's normal to see temperatures drop as low as 0ºC.

- Easy to buy pyrotechnics in the center of Curitiba (in some cities it's prohibited). Try the store Lanza Fogos for example. 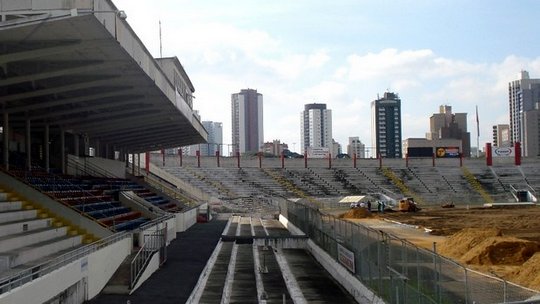 Matches in the city: