All you need to know about the stadium and city São Paulo!

All you need to know about the stadium and city São Paulo!

A own stadium has been a dream for fans of Corinthians for many years. In the past they played their matches in Estadio do Pacaembu. Since 1968, the club had projects to build a own stadium, some ideas was with a capacity of 200.000 fans!

In 1978 they got the land, but didn't have enough money to start building. But during the years a lot of projects has been planned. The question turned in a constant joke about the club, specially because the state of São Paulo have a lot of football stadiums, and even the small clubs have their own home. Because of that the construction of Arena Corinthians became a dream for their fans. The rivals accused the club for receiving money from the government.

With this new World Cup stadium, Corinthians finally got their own home. 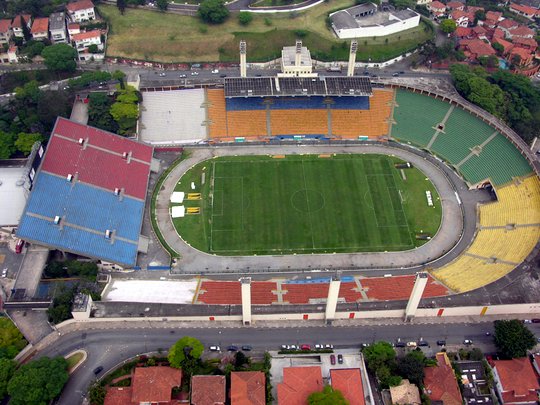 The old Estadio do Pacaembu.

The problem with this arena is it's brand new and top modern, probably no spirit at all.

The arena have two levels, of course all seated. The lower level are very close to the pitch, perfect for pitch invasions. Different from stadiums like Mineirão and Maracanã.

It's been said from reliable sources that the stadium suffer from bad construction, the fear is something will happen when a massive crowd celebrate a goal. So far they have played two test matches and so far everything works great.

But during construction of the stadium two workers were killed when a crane fell down. 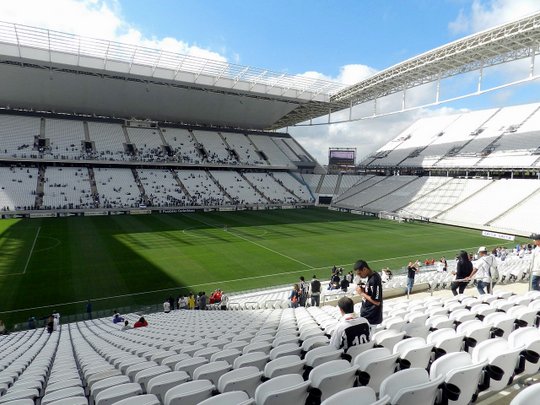 During the World Cup, a special train called "Expresso da Copa" (World Cup Express) will be the best option to the stadium. You can take it in the Luz Station, in the downtown where you can make connections to the lines blue and yellow of the subways. The cost of a standard train/subway, R$3,00.

The city of São Paulo is probably, in the current moment, where you can find the best tribunes in Brazil.

Corinthians: The team of the lower classes. The biggest groups are Gaviões da Fiel, Camisa 12, Estopim da Fiel and Pavilhão 9. The team is recognized by the black and white colours, no matter the jersey. Corinthians is identified by a poor origin, and assumes the mask of suffer, lack of conditions and even the bad reputation of "evil guys" from the suburbs. The hate against Palmeiras is almost as big as their love for Corinthians. Because of that they never use the green colour in their stadium and if anyone entering in a green shirt in the hardcore section, they will need to pray for their life. 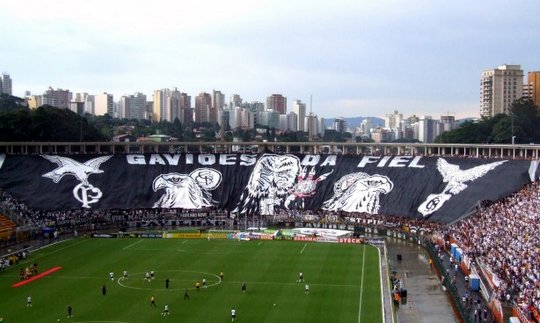 São Paulo: The team is usually linked to the rich and mid-classes. The biggest groups are Torcida Tricolor Independente and  Dragões da Real. The team is recognized by its 3 colors, present in the three stripes on the chest, from the rise to above: black, white and red. Compared to the number of fans they are not famous for very good atmosphere. 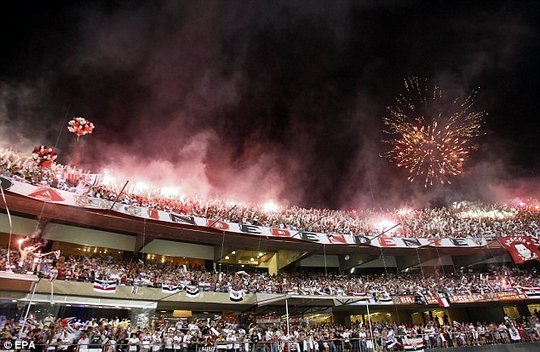 Palmeiras: The team of the Italian community in São Paulo. The biggest groups are Mancha Alvi-Verde, TUP and Pork's. The team is recognizes by the green and white colors, regardless the jersey. Their tribunes is more like a family than the others, and this has been a problem when ever they had to fight their enemies. But with the time, they learned how to fight and maintain the old logic of their terraces. Their hate to Corinthians is mutual, and black clothes in their tribunes is not accepted.

Portuguesa: The team of the Portuguese community. The major group is Leões da Fabulosa. They are recognized by the red colours, and the strong identification with the Portuguese roots. 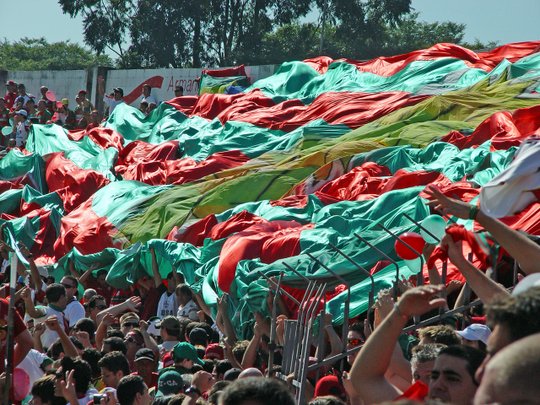 Juventus: The team of the Mooca district. It's an Italian club like Palmeiras, but with a different taste in the tribunes. They started the first Barra-Brava (Barra-Brava is similar to Ultras in Europe) in Brazil, the Setor 2. Ultras

Fedayin is the other major group of the team. You can easy recognize them by the pride for the district and they love to their own history. They are probably the pioneers of the "Against Modern Football" in Brazil.

- Municipal Market: Considered as one of the most complete and diverse food marketplaces in the World, with much variety of fruits and other foods, this is a landmark site of the City, open Mon- Sat from 8am to 3pm. Enjoy a typical fried codfish pastel and tap beer. Gourmet food court also on site, overlooking the market in the third level.

How to go: Via metro using the nearby Luz or São Bento stations, walking distance from either in which on the way to and from you go through the popular street shopping area, very busy low cost shopping district (25 de março).

- Rua Augusta and Vicinity: Located in the heart of São Paulo in the Central part of the city, popular district with all kind of bars, pubs, food joints, cinema, theaters and restaurants, as well as a Red Light district type area in the lower part of the street. Augusta crosses from the Central (Baixo Augusta) to the Central-South zone of the city (Alta Augusta) in a stretch of approximately 6 km, with the most popular part being in the zone near Avenida Paulista. Recommend going to the Carniceria Z restaurant/bar in the 600 block.

Many buses and Metro stops, Consolação, Paulista and Anhangabaú are all in the zone.

- Galeria do Rock: For the fans of all kind of rock, metal, hardcore, punk and even rap or reggea music. This is a shopping mall that is one of a kind, with all possible CD's, band gear, vinyl LP's, shoes and clothing. In the fourth level there is a store called Hated, which sells hool and skinhead apparel, including Organizadas Brasil and Hooligan gear.

How to go: Anhangabaú, Republica or São Bento metro stations in the vicinity. 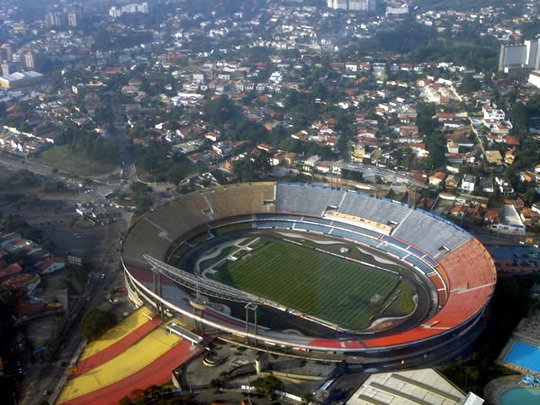 Use always the subways and trains. The traffic of São Paulo is know by his density.

Matches in the city: