Europa League: Feyenoord fans with creative message to UEFA before match against Rijeka.

Europa League: Feyenoord fans with creative message to UEFA before match against Rijeka.

Early match-day fans of Feyenoord replaced the normal UEFA flags with "UEFA MAFIA" flags at their stadium De Kuip. The flags look like the original flags, but it's added "MAFIA" at the bottom of the flag.

The flags wasn't removed until a few minutes before kick-off against Rijeka Thursday evening.

It will be interesting to see how UEFA punish Feyenoord for this creative message! 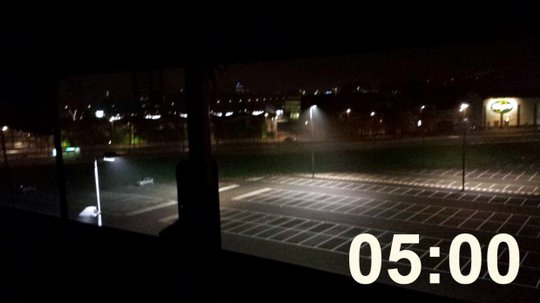 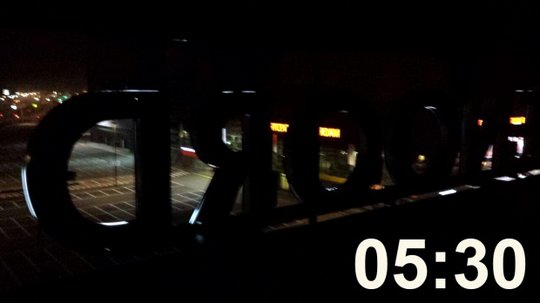 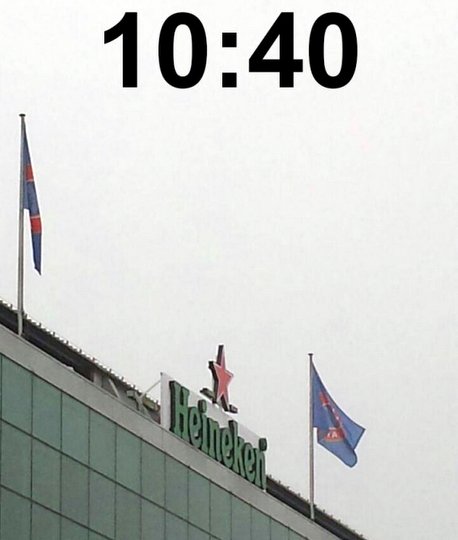 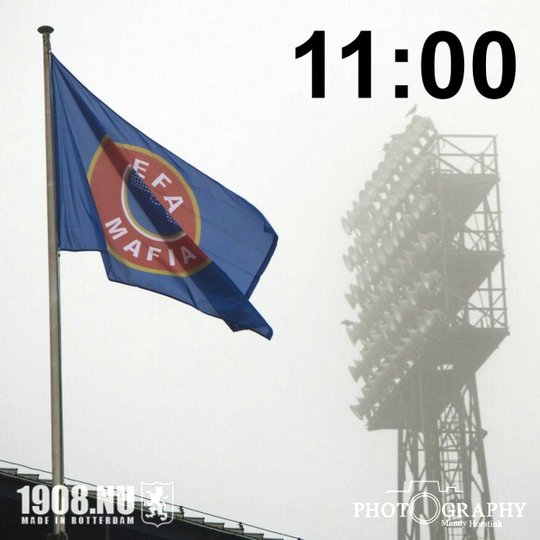 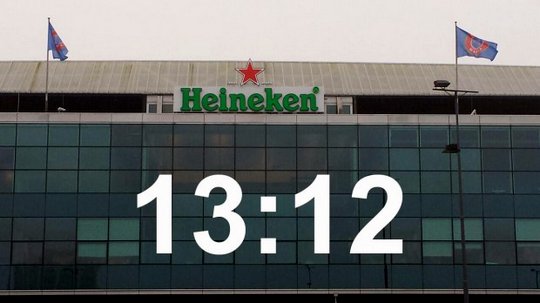 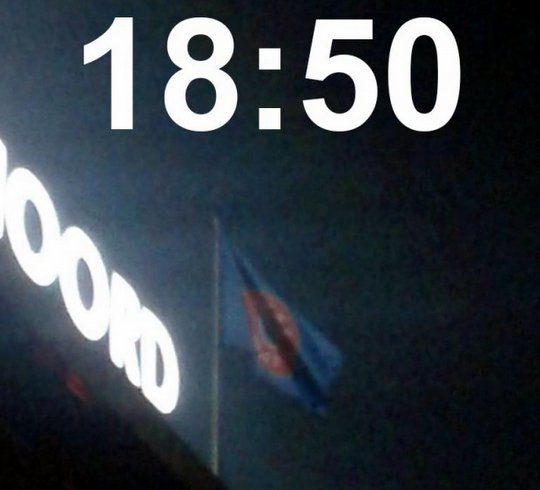 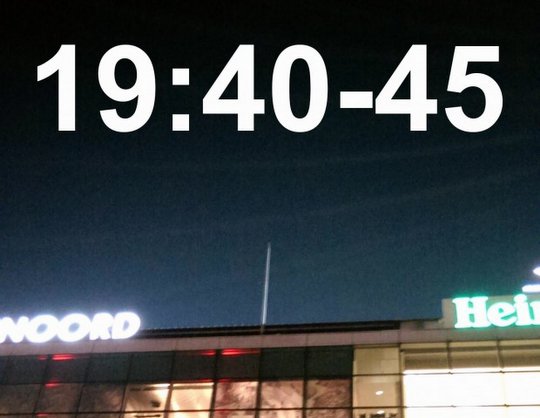 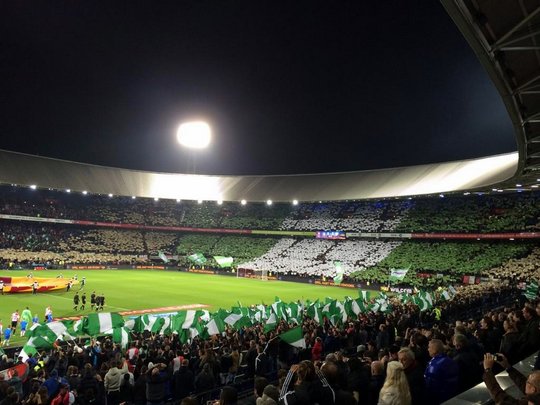 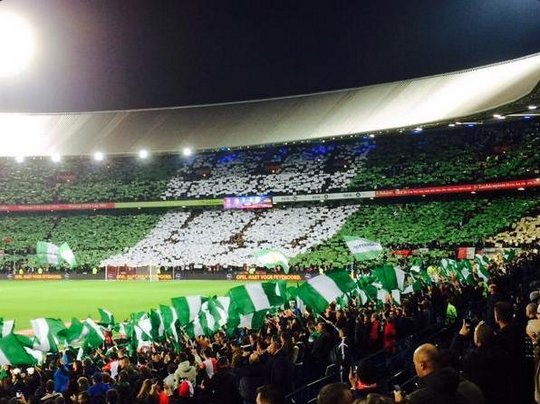 About 700 Croatian fans on the match.

Distance between Rotterdam (Holland) and Rijeka (Croatia) is 1356km! 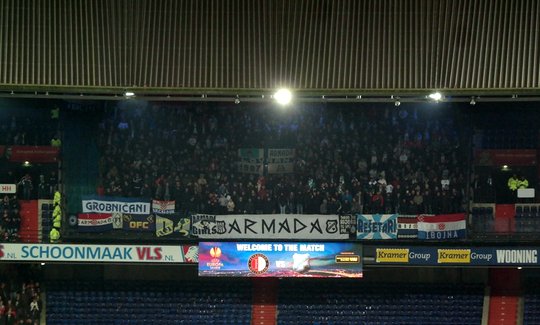 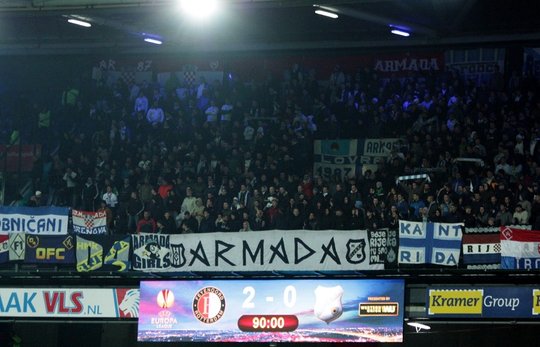 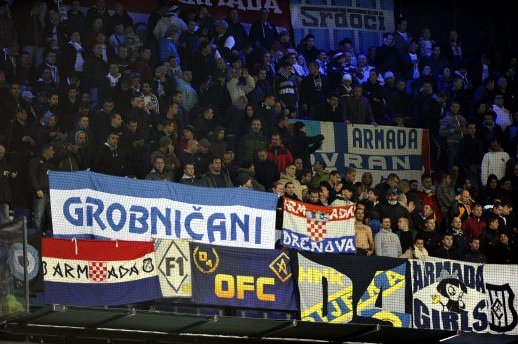 Click here for more photos from this week Europa League!