Scotland: Rangers fans protest against their club board.

Scotland: Rangers fans protest against their club board. 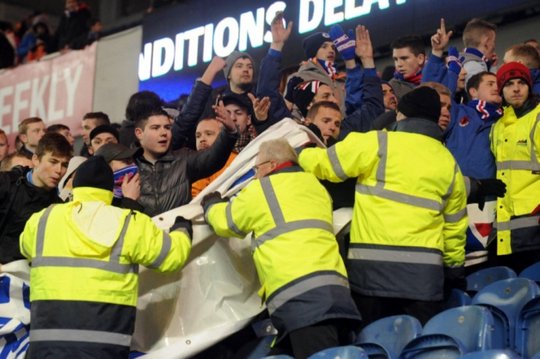 A large number of Rangers fans staged a loud and angry demonstration outside Ibrox prior to last night’s match with Hearts, as supporters vented their fury at the latest news from the club.

On Thursday it emerged that the board were considering mortgaging off Ibrox and Murray Park in return for a £10 million loan from Mike Ashley.

Several hundred supporters vented their anger before the abandoned match by shouting ‘sack the board’, and boycotted the match when it kicked off.

After just 25 minutes the referee decided to postpone the match due to heavy snow. At the same time angry Rangers and Hearts fans tried to reach each others on the stand, but security and police managed to keep the fans separated.

Outside the stadium Rangers fans tried to reach their club board, while some of the fans used their anger on the 2000 Hearts fans. Several windows were smashed when Rangers fans attacked the buses with Hearts fans. 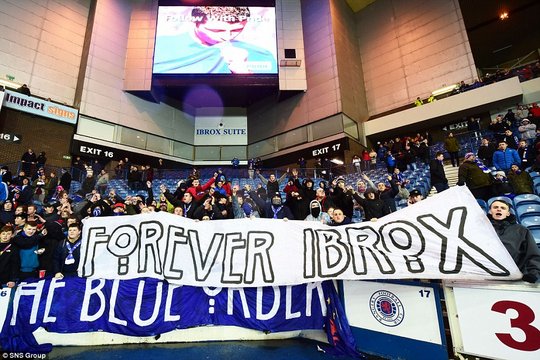 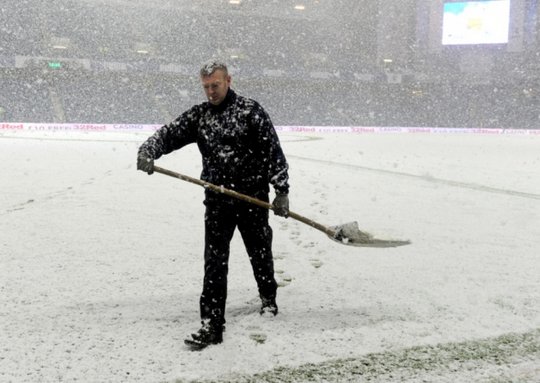 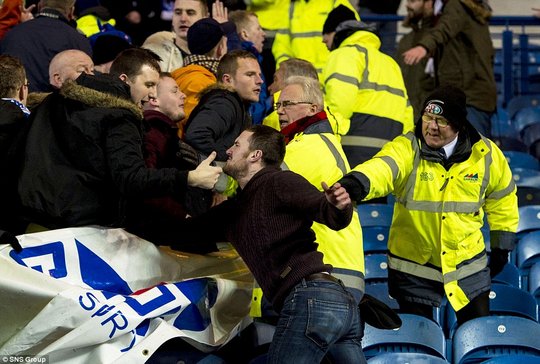 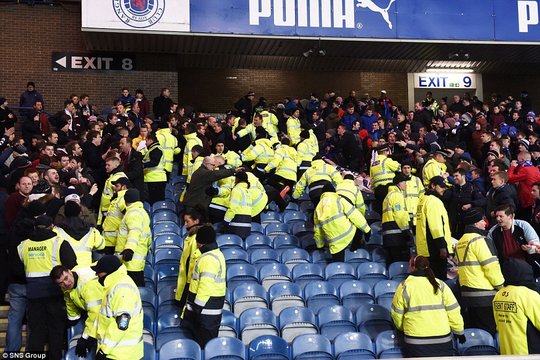 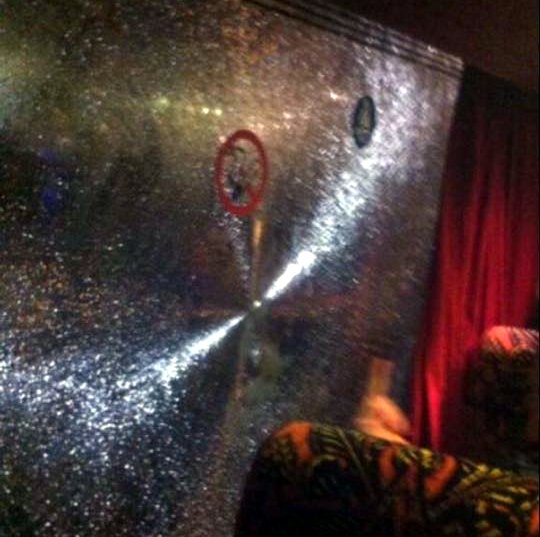 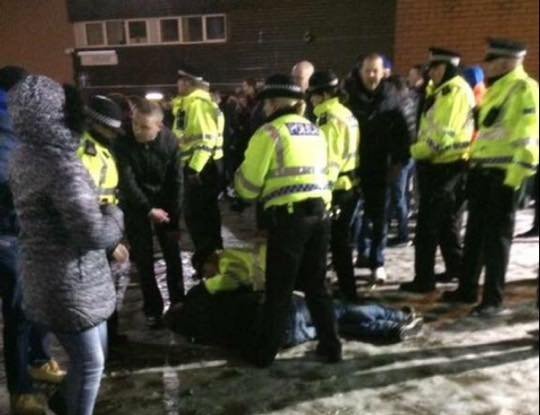 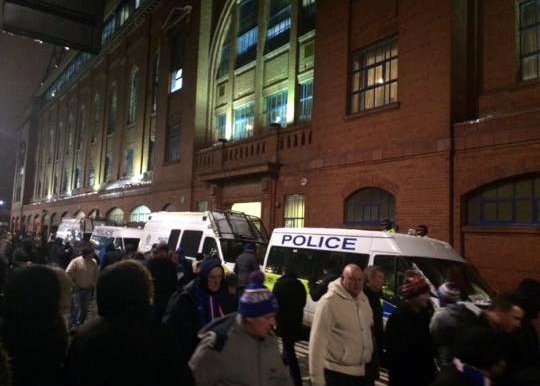 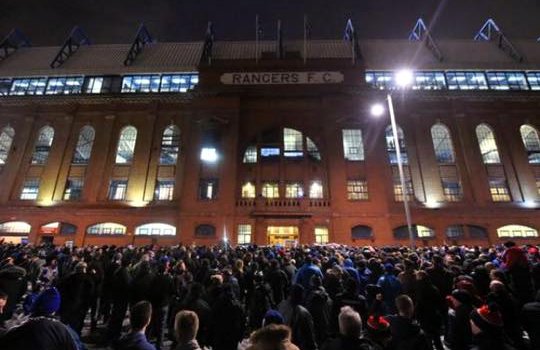 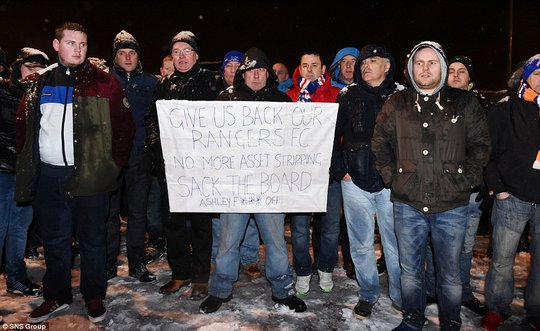