Between 2006 - 2011 Steven Defour played for Standard Liège. He went to Porto and played a few seasons there until he now returned back to Belgium.

During his period with Standard, he became very famous. He was the captain for 4 years and the symbol of two titles, which they didn't win in 25 years. In the media he even tended to speak bad about the rival Anderlecht.

But Steven Defour made one mistake. When he returned from Portugal to Belgium he signed for Anderlecht, main rival of his former club Standard Liège!

Fans of Standard Liège couldn't accept this, and Sunday night when Defour and his team mates entered the pitch, Standard Liège supporters welcomed their traitor with a huge banner with the text "Red or dead".

In second-half Steven Defour got the red card when he hammered the ball towards the Standard Liège bench. 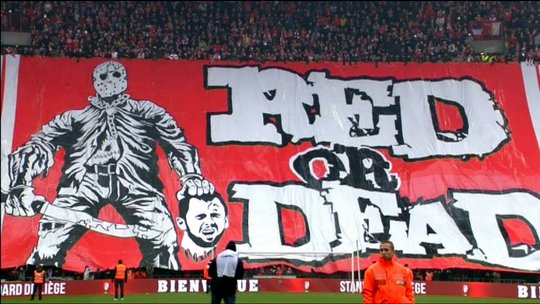 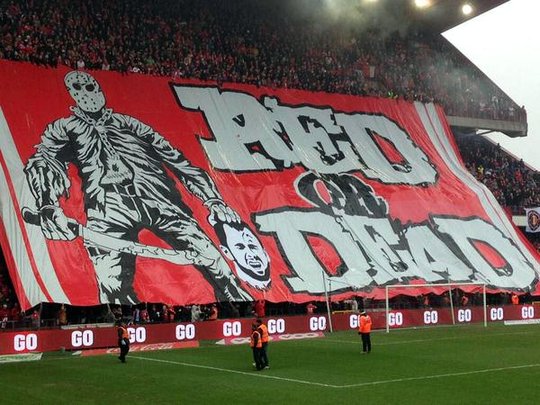 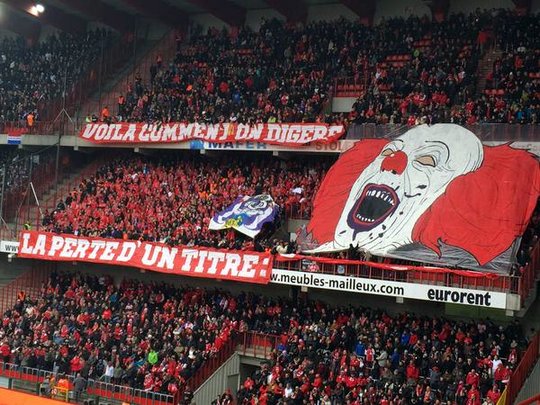