Poland: More than 60 fans in the court for taking part in fights, which ended with deaths. 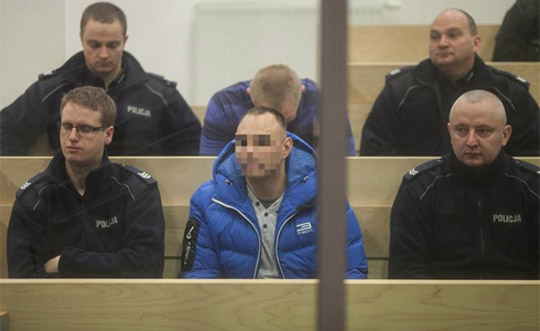 More than 60 fans in the court for taking part in fights, which ended with deaths. Most of them are from Destroyers Hooligans Widzew & Young Hunters (Widzew Lodz). Key witness is one of their leaders.

The first death took place in June 30, 2001. During a fight between Widzew and Lech, a 20 years old fan of Widzew died, despite the efforts of the doctors.

Two years later, in May 2003, a 17 years old Slask Wroclaw fan died, after bus with Slask ultras was attacked by Widzew.

One fan got killed in 2007 in a fight between local rivals Widzew Lodz and LKS Lodz. Two years later, in 2009 Widzew & Ruch are waiting for a train with Lechia Gdansk supporters. A fight took place in the field next to the train. January 2011 there was also a fight between Widzew and LKS with the result of one lad died. This was the start of the trouble with police when former leader "Jedras" decided to testify.

Basis of the charges are the testimony of one of Widzew leaders. He described in details all the above events, in which he also took active part.

Next meeting for the case will held in February 19th.