No pyro when AIK and DIF play?

After fighting between AIK and DIF supporters in Globen during a hockey match in December 2010 (see article here) security at Globen bought metal detectors to stop pyro.

In the following matches nothing special happen, and security of AIK think it was because of the new metal detectors and bomb detector dogs they started to use.

Now they want to try it at Råsunda, stadium where famous Stockholm derby will take place 4th of April. 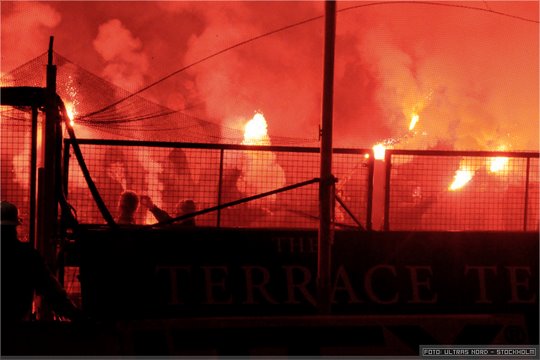 Photo from www.ultrasnord.se
What is a derby without pyro? 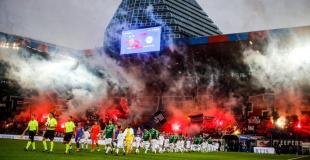 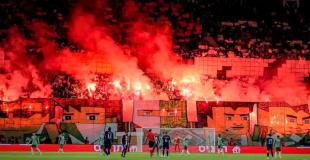 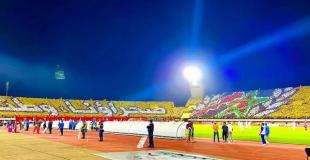