Supporter shot and killed on match in the lower leagues of Polish football.

Supporter shot and killed on match in the lower leagues of Polish football. 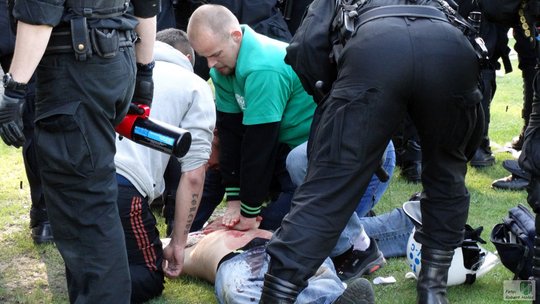 In the end of the match between Concordia Knurów and Ruch Radzionkow Saturday (2nd of May) one fan was shot and killed by police.

When fans invaded the pitch one Concordia fan was hit in his neck by a bullet fired from the cops. Most likely rubber bullet. The fan was immediately send to hospital, but the doctors couldn't save his life.

Just in front of the away sector supporters tried to give the injured fan first aid before the ambulance arrived. 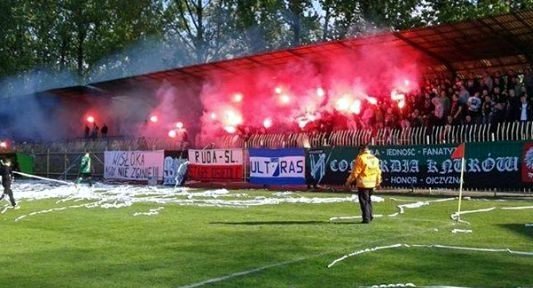 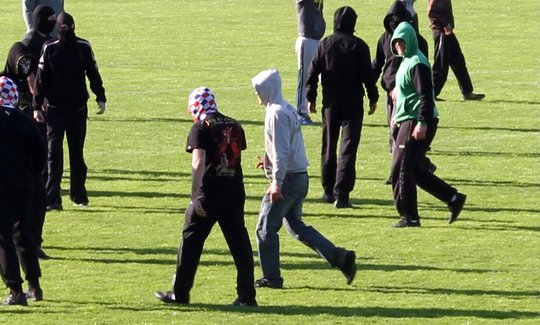 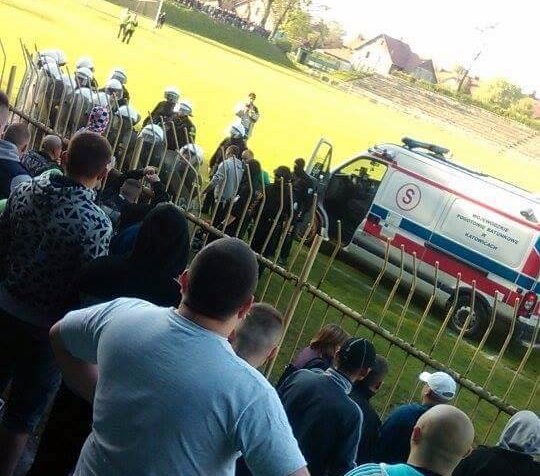 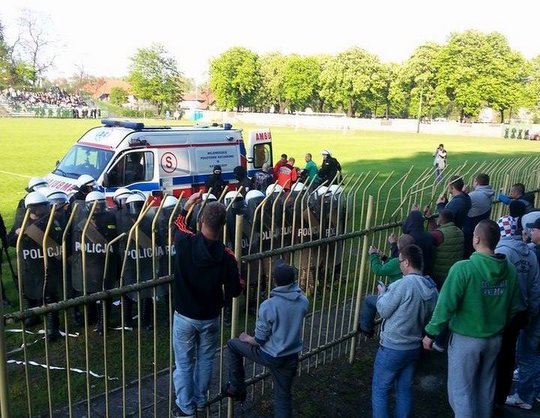 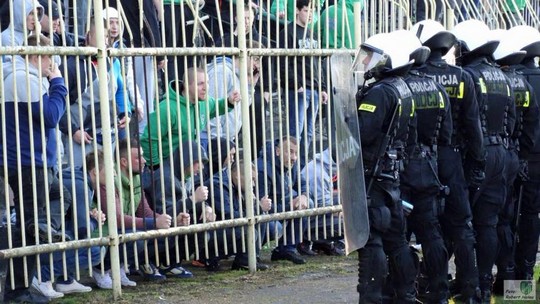 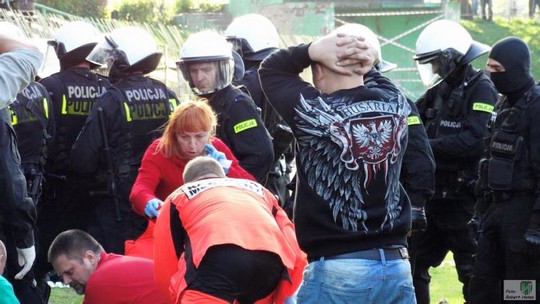 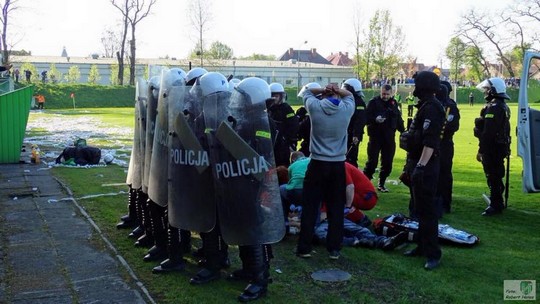 Fans went rioting in protest against the police

Rest in peace - Fuck the police!