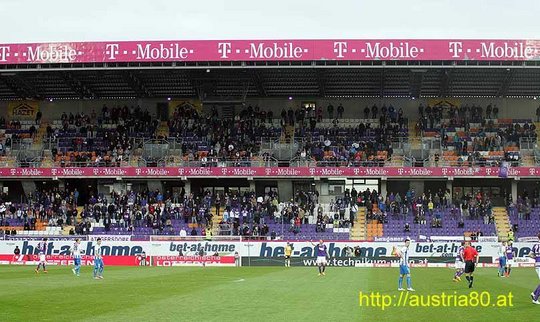 Difficult time for supporters of Austria Wien. On photo above you can see the main supporter stand, photo taken in the middle of the match against Sturm Graz earlier this month. Just a year ago this tribune used to be packed with fanatic supporters with choreographies, pyro and songs for 90 minutes. Now it's totally silent and lot of empty spaces.

The reason is the club leaders of Austria Wien decided they want a "quiet" scene, similar to Red Bull Salzburg.

This month ultras groups had a meeting with the management of the club.

- All ultras groups to move from the upper sector to the lower sector (upper sector have been their "home" for many years).

- Only in the lower sector drums and flags will be allowed.

- No choreographies and pyro in the upper sector.

As a result of these statements, supporters stopped their support when Austria Wien play home. No banners, flags and songs on home matches, only support on away matches.

In the past fans also struggle with bans from police as they cooperate with the club. 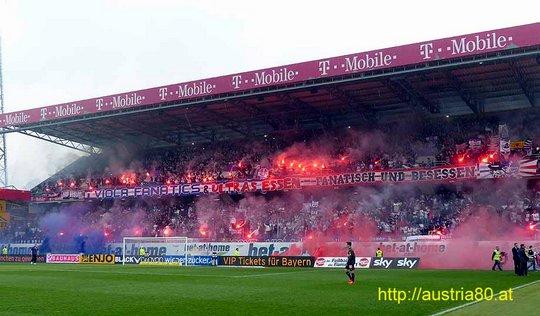 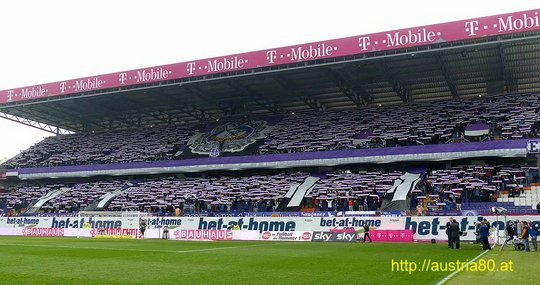 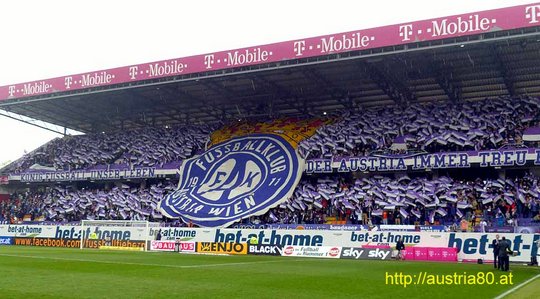 How is the situation with your club?