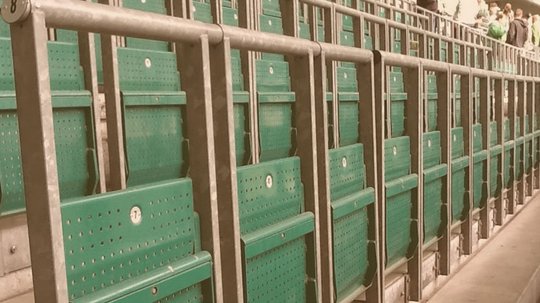 The proposed system will initially accommodate up to 2600 supporters.

Celtic Chief Executive Peter Lawell noted that “Celtic has worked tirelessly on this issue and we are delighted that this permission has finally been granted”.

The introduction of rail seating at Celtic Park represents on of the first investment in spectator safety in the UK in nearly two decades.  Supporters around the world are choosing to stand at matches, and this is something that a club like Celtic, which has a history of fan alliances, understands better than most.

“Celtic’s primary objective will always be the safety and comfort of its supporters – this new system will now allow fans to stand safely at matches”, Lawall continued. “Rail seating has been in place in European football for some time and there has been considerable demand for some form of “safe standing” within the UK and particularly from our supporters.” 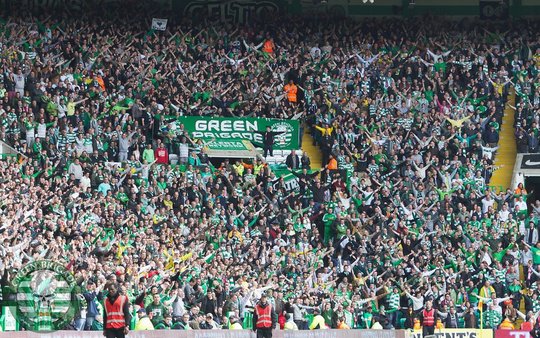 Traditionally most football grounds in the UK had terraces at each end and often on lower tiers along each side.  Most supporters watched football standing up.  In the late 1980s the average standing in grounds was roughly twice the number of seats.  Many administrators of the game saw the removal of terraces as a solution of the scourge of hooliganism that had plagued British society in the 1970s.

On April 15, 1989, 96 Liverpool supporters were crushed in the Leppings Lane stand at Hillsborough.  The subsequent investigation resulted in the 1989 Football Spectators Act (FSA), which contained a regulation requiring all football grounds to become all-seated.  Although the FSA does not cover Scotland, the Scottish Premier League chose to make all-seater stadia a requirement, but relaxed the rule in 2011.

Dr Steve Frosdick, a safety and security expert, is closely involved in Celtic’s work in this area and in the application to Glasgow City Council. “For the first time in the UK, football fans will be able to stand to watch the game from purpose-built accommodation which is demonstrably safe. The club and its fans are to be congratulated for the way they have worked together to make the case to the authorities. Glasgow City Council and the emergency services are also to be commended, firstly for their rigorous scrutiny of the proposal and secondly for having the courage to grant the first approval.”

Rail seating has been a safe method of providing supporters with the opportunity to watch matches on their feet. Earlier this year, we went to see the effects of this kind of seating at German stadiums in Berlin and Hamburg.

The function of standing at a match is crucial to providing a good environment.  In the simplest of senses, people sing louder when they stand.  You can dance, jump, and create choreographies.  This reform represents an extremely important precedent in UK football, as Celtic park (which already provides a top class football environment in Britain) looks to become one of the world’s greatest places to watch the beautiful game.