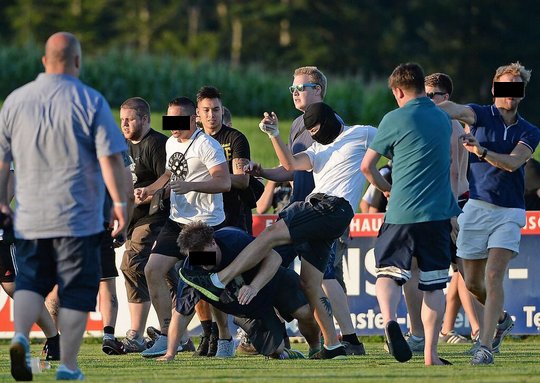 After full-time between the German team Frankfurt and the English team Leeds, a fight broke out on the pitch between fans of the two clubs. Several punches and kicks given by both side.

After a while riot-police arrived and made more than 20 arrests. According to news one Leeds fans needed medical treatment and one police officer. 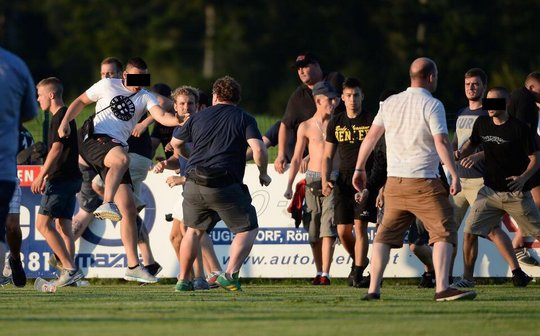 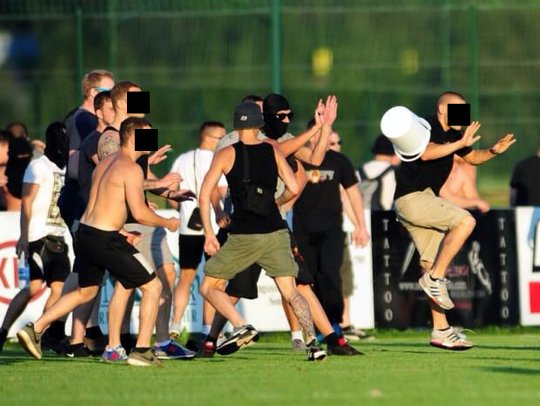 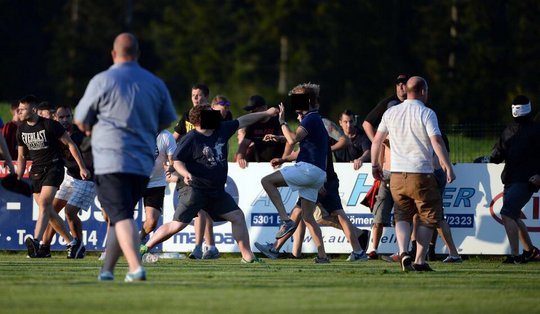 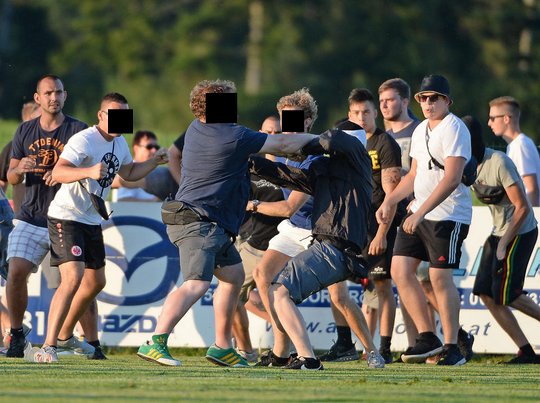 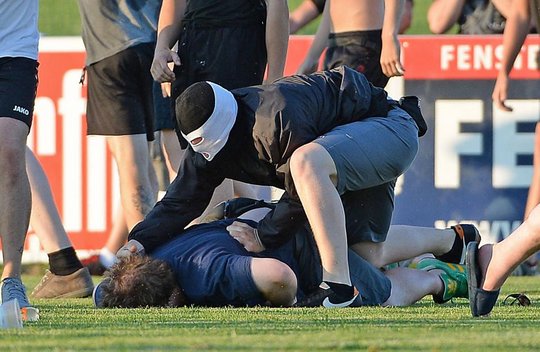 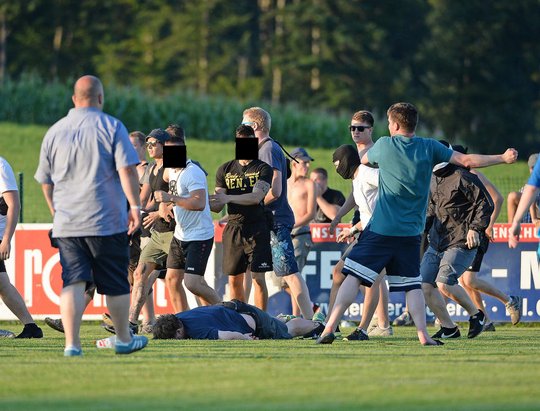 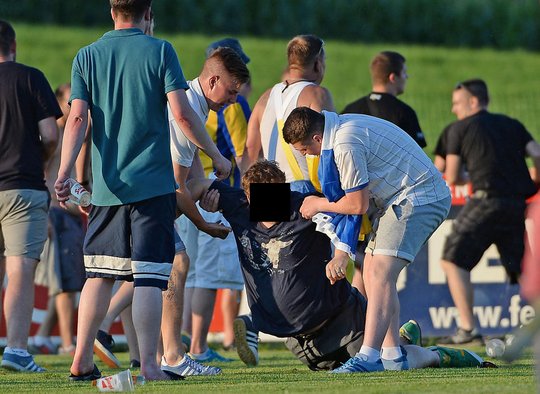 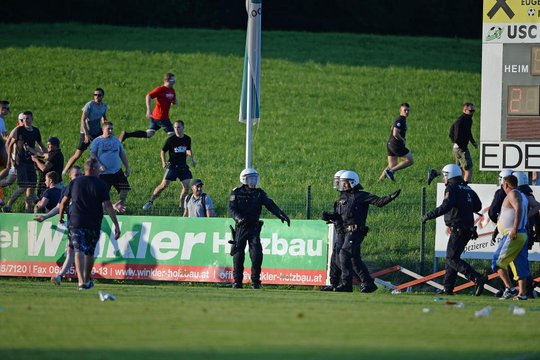 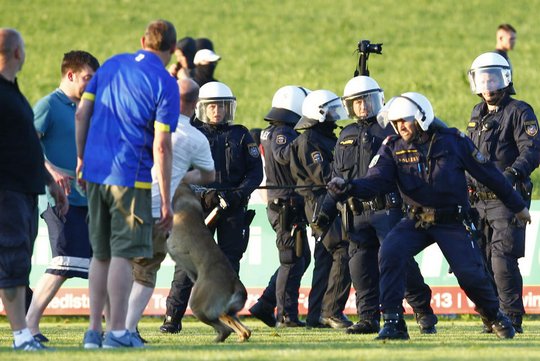 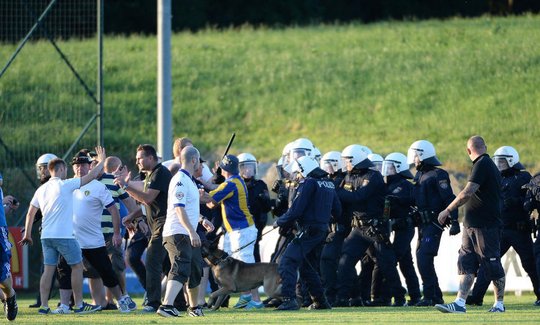 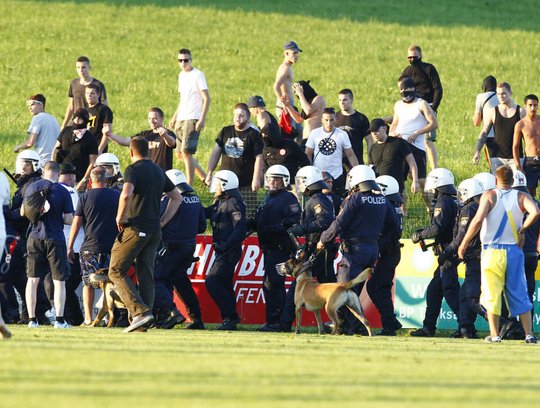 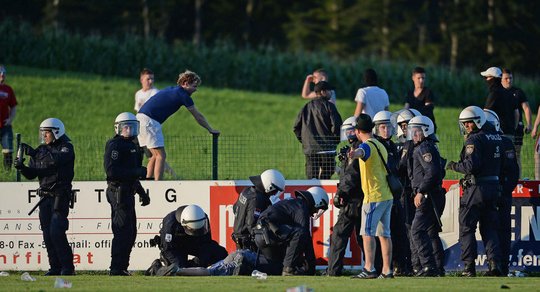 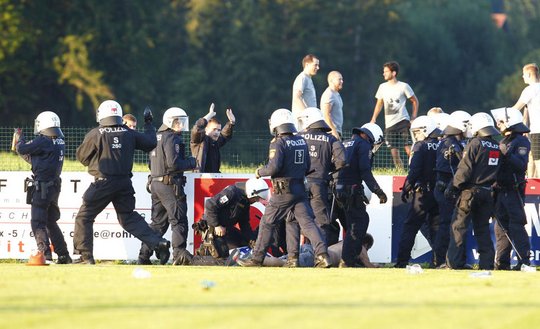 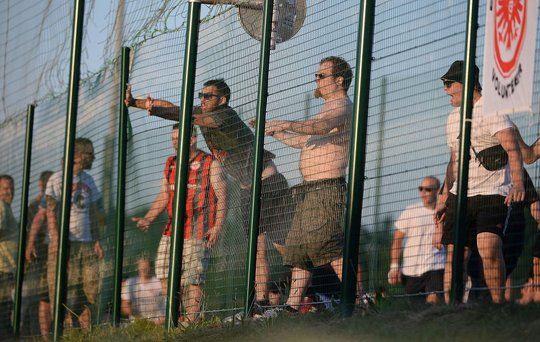 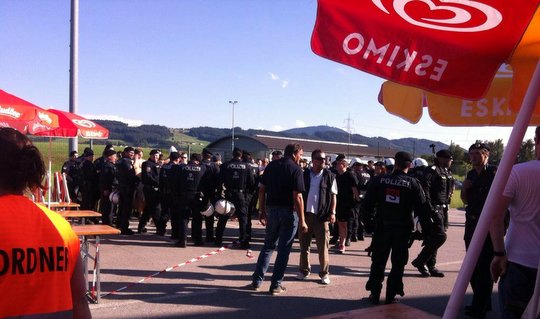