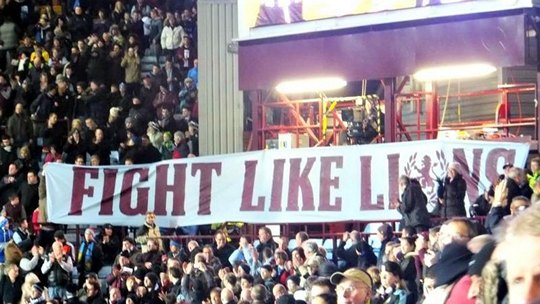 Twelve Aston Villa fans from the group Brigada 1874 have been banned for the next three home games  for standing and supporting their team!

The Brigada 1874  repositioned themselves in block L7 of the lower Holte End this season in the hope of gaining greater exposure and playing a more prominent role in improving the overall atmosphere.

But since moving from their former seats in the upper area of the famous stand, Brigada have encountered an on-going battle with the club who say they have continued to ignore requests to avoid persistent standing and other ‘negative’ behaviour.

A number of season ticket holders have complained about the group which prompted the actions to eject twelve fans during the the early stages of the 0-0 draw with Manchester City after they were 'intent on ignoring previous warnings'. 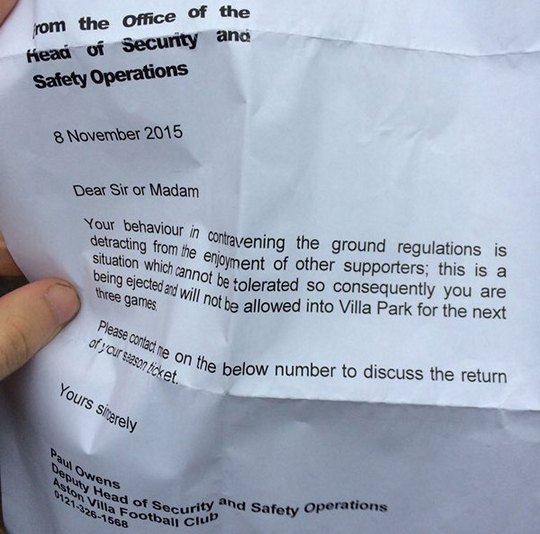 There is ONLINE PETITION "Hands off Brigada 1874" where you can sign for lifting the bans.  Sign it!

"We urge the club to adhere to the principles behind the "singing section" that was established in L7 and L8 last season and allow fans the freedom to support their team. We ask that the ban on those fans ejected v Man City is lifted and that flags, banners and displays in support of the team are once again allowed to fly in this area of the Holte End."