Two ultras from Caen travel worldwide to spread their graffiti in poor communities. 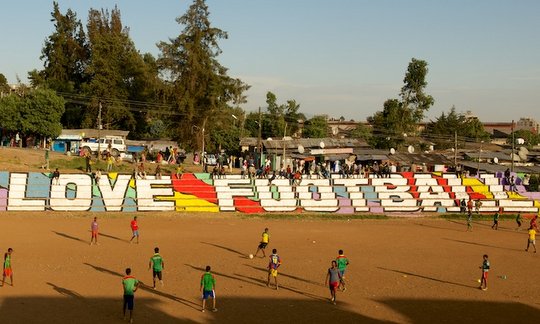 Two ultras from Caen travel worldwide to spread their graffiti in poor communities.

At the ultra's stand in Caen (France), Seb Toussant and Spag formed a friendship that would take them across the globe.

After cycling around the world together, the street artist and the photographer who's members of the ultras group MNK96, realized that places which had interested them most weren’t the tourist traps, but the villages, industrial areas and poor neighborhoods they had travelled through.

They created the art project "Share the world", which focus on poor communities and to bring colours to the neighborhoods with street art.

They call themselves Outsiders Krew and since 2013 the two hardcore French football supporters have traveled to many interesting places around the world, such as Ethiopia, Cairo, Bogotá, Jakarta, Nairobi and so on.

Stadium in the slum of Ethiopia

After 12 days of work in the slum of Ethiopia the Outsiders Krew completed their biggest piece ever!

Together with local youths they decided to paint the Berimo Stadium in the slum known as Lideta. This stadium has a capacity of 3000 people.

For the East stand they decided on 3 words which they thought might be the most important elements of life: "Peace, Love, Football."

On the West stand they painted “Lideta” in Amharic. People wanted the name of their slum written big enough for everyone to see it from the main road. 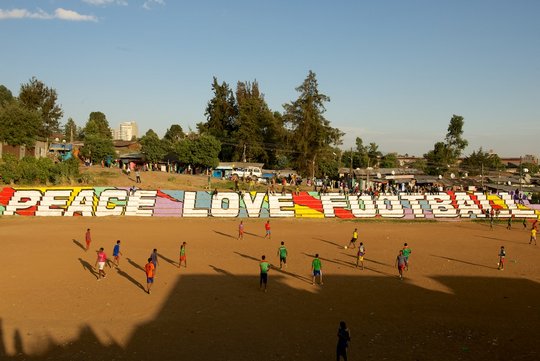 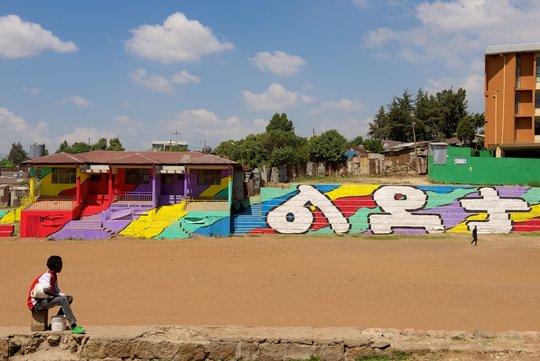 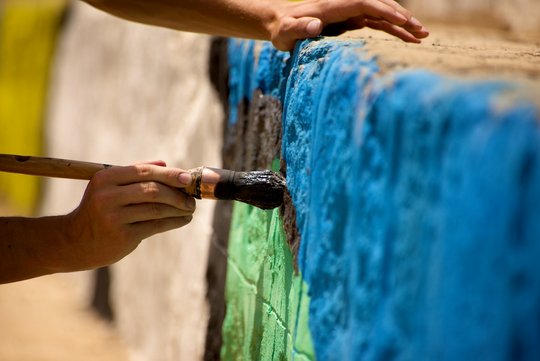 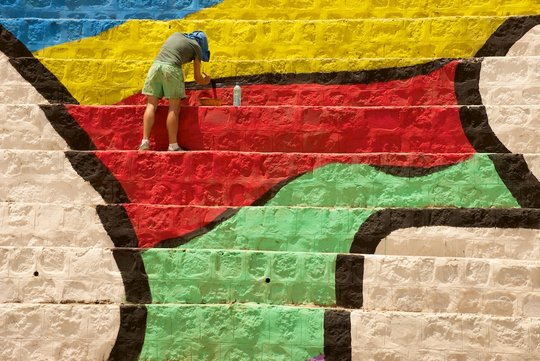 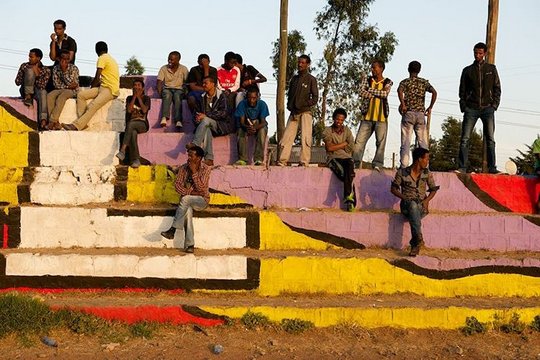 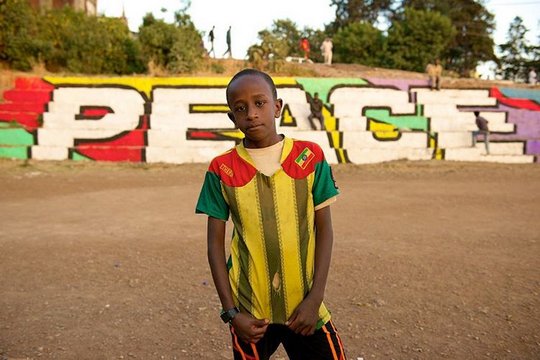 Who are the Outsiders Krew and what exactly do they do?

- We are an art collective made up of just two members: Seb Toussaint, a graffiti writer from England and France, and Spag, a French photographer. We’ve never been on art school but learned on the streets, by travelling and being part of MNK96, a hardcore football ultras group from Caen that we are still involved with today

That’s where we started designing, using spray cans and doing photography and film.

We also have Theo Davies, a young music producer and drummer from the MNK96 who gives us a hand when necessary. We work together and mix different art forms. We’re currently working on a project called Share The Word, in which we go to different marginalised communities around the world and paint words given to us by residents on their walls.

What challenges have you faced in bringing it to life?

- The communities we chose to work in can be very challenging environments. We worked in Mukuru, Kenya, which like many African communities suffering the effects of poverty can be a very tough place to live in. Several gangs compete to control the area and shootings are part of every day life. AIDS is also a huge problem and many people don’t have enough to eat. Most of the community accepted us and were very friendly but we had a few problems with some people who had lost hope, such as drug users. We had to be careful, respectful, and ensure that people with influence among the community would help us stay safe.

How do you hope it will have an impact?

- Graffiti is made to attract attention and stand out in the urban environment. We are using this power to focus on what people want to say. We bring graffiti to the community, and we take home photos, stories and videos. We think Share The Word can act as a bridge between a marginalised community and the outside world. We’ve already seen it happen. In Indonesia our work made the national newspapers and suddenly people became interested in the neighbourhood and came to see the graffiti. In truth, the neighbourhood has always been interesting, but most people, including journalists, completely ignore the slums.

You can read the full interview here (www.huckmagazine.com) 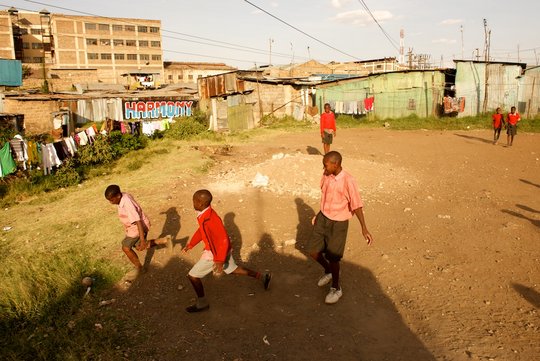 Kids play with a ball made of tape! 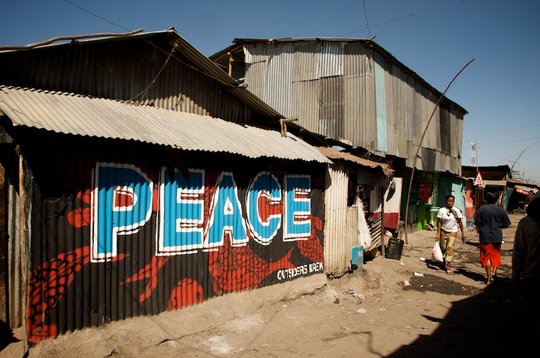 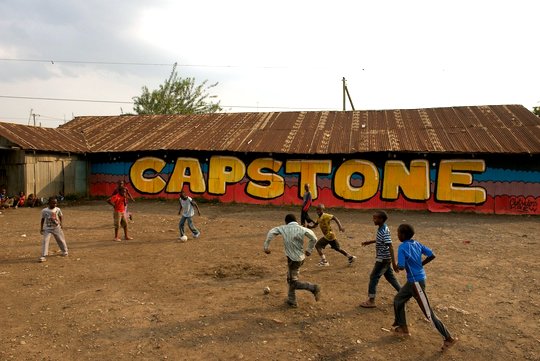 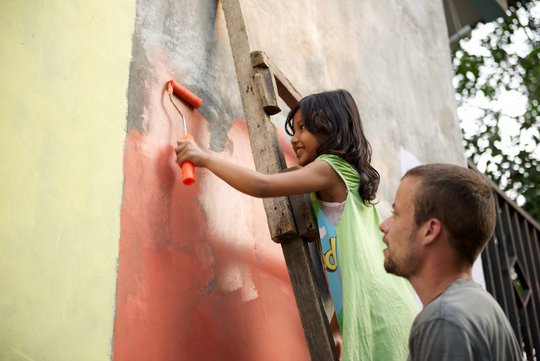 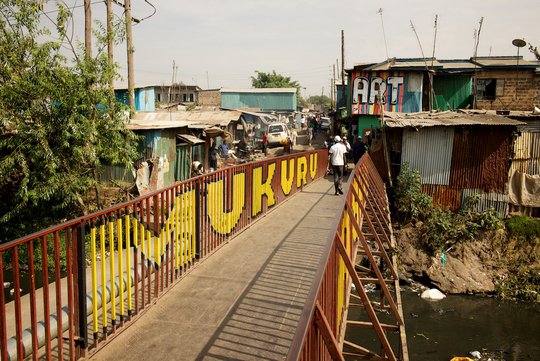 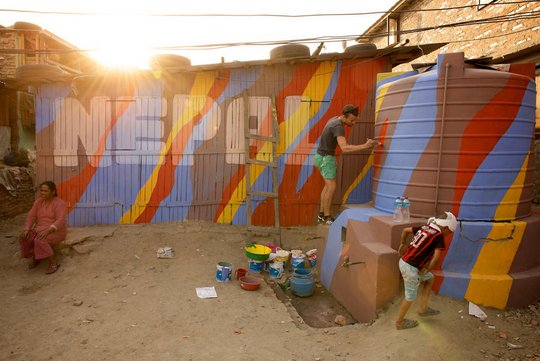 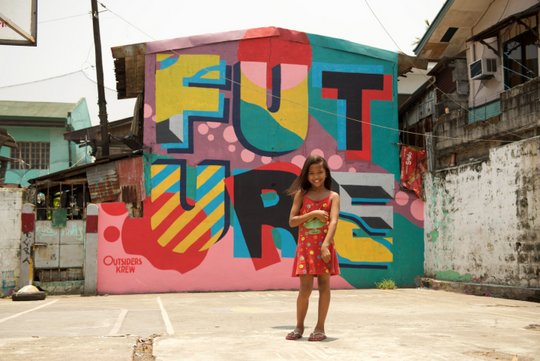 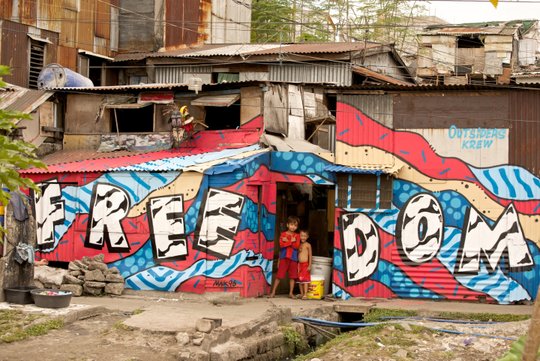 You can watch their videos here.