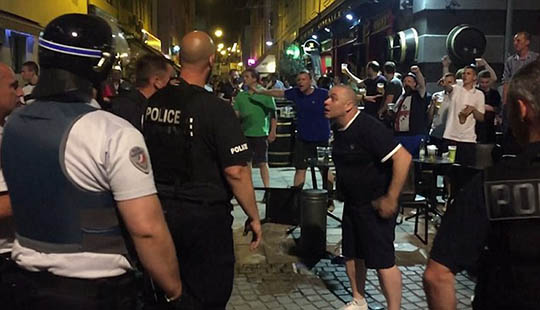 Police used tear gas to stop the fight between England fans and Marseille locals Thursday night in Marseille. On Saturday England will play against Russia in the same city, but already at Thursday thousands of fans from England had gathered in the city center to drink.

Clashes broke out after some English were singing "ISIS, where are you?", reports said. 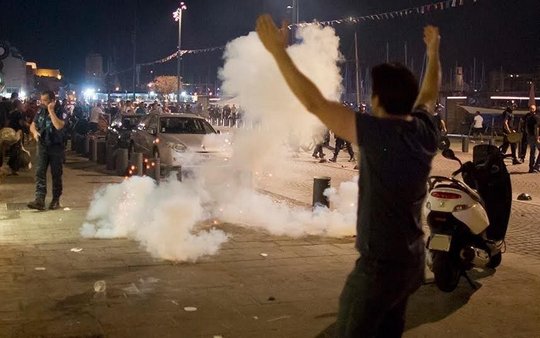 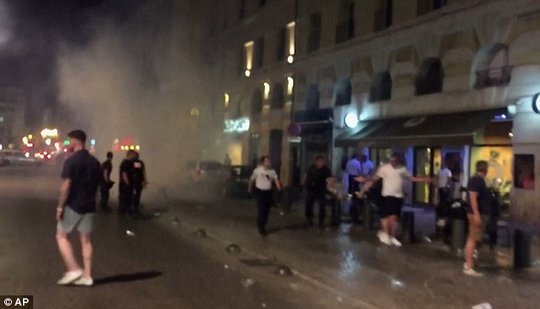 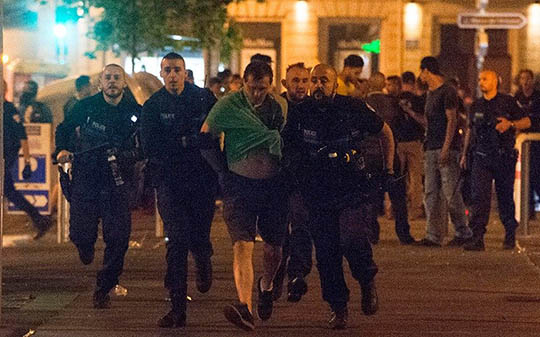 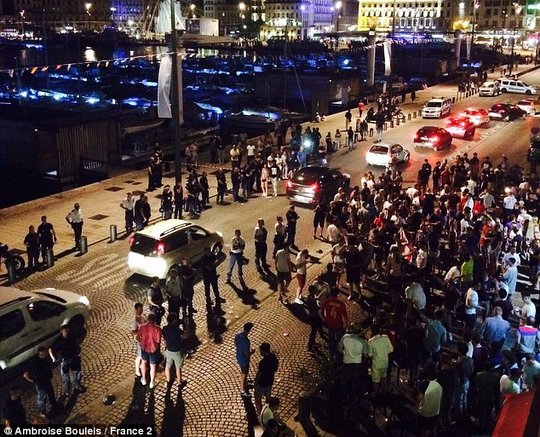 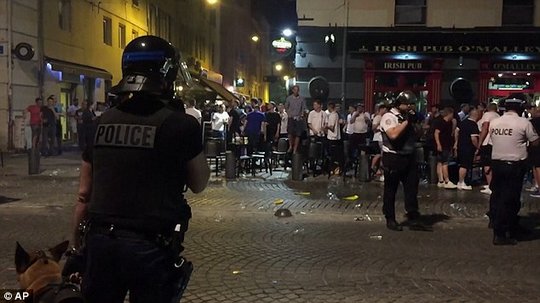 England fans were all day drinking in Marseille. England's first game is against Russia on Saturday night. 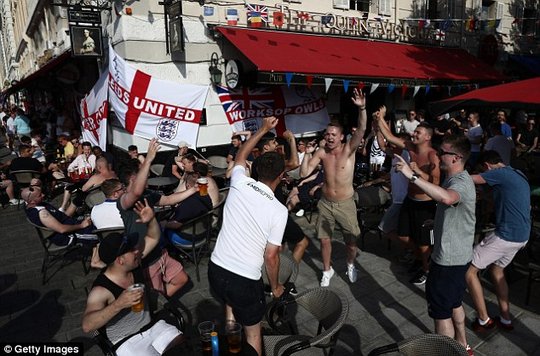 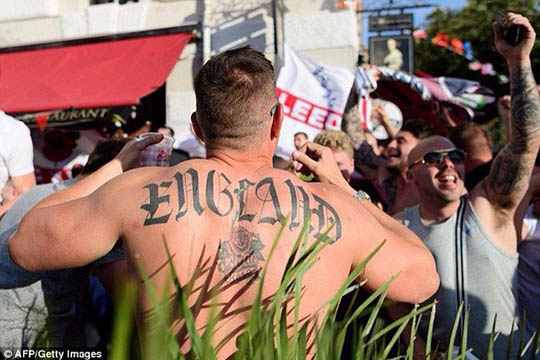 Visit our forum for latest news from EURO 2016!