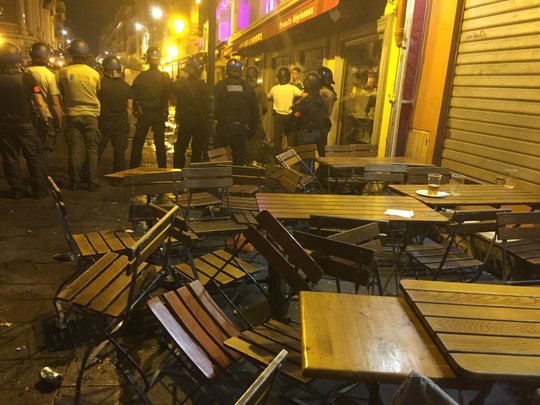 Saturday night one big fight took place in Nice. According to local news fans of Poland and Northern Ireland were drinking together when a group of 30 French lads arrived. They started to sing and provoke, and quickly bottles started to fly as well.

After the fight 7 supporters were left injured on the street. Riot police got control after a while.

Today is Poland vs. Northern Ireland in Nice. Some rumors said it was the Poles who attack the Northern Irish fans, but according to local news that is not what happen. This was probably a mob of OGC Nice fans. 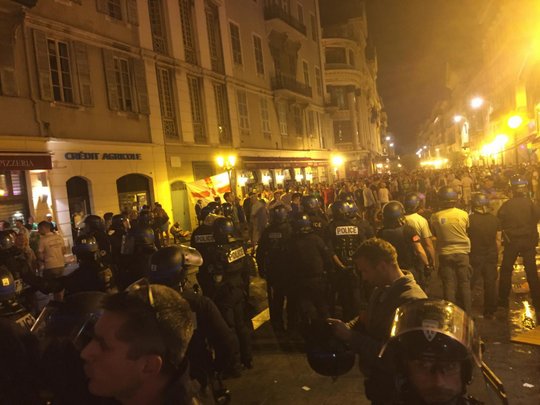 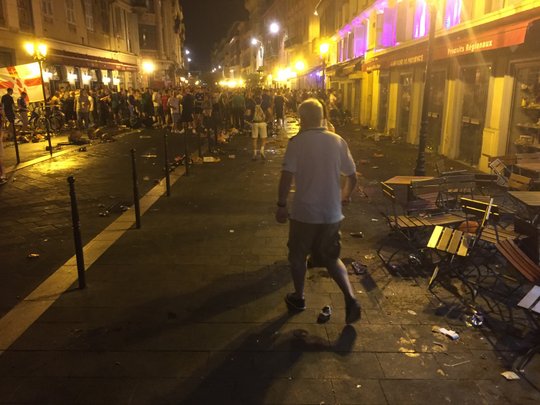 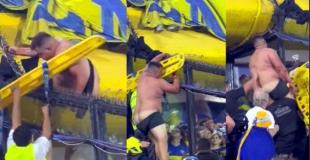