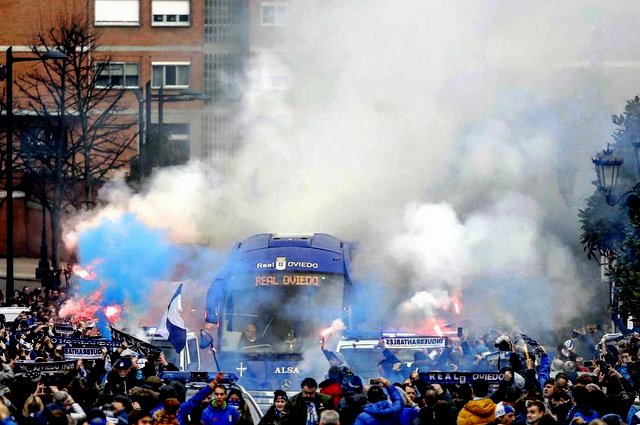 Last month COPA90 returned with a new Derby Days series focussing on Spain's lesser-known rivalries. The videos celebrate football culture in a country where some of the most passionate fixtures have taken a backseat to the star-studded, hyper-modern Classico between Barcelona and Real Madrid. Coincidently where the series first began:

After attending the last Madrid derby at the Calderon last season:

To round off a month COPA90 have prepared a list of the top ultras groups in Sain; Have a look!