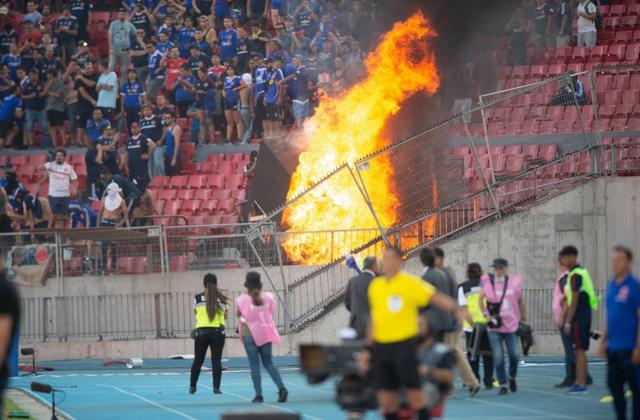 Fans of Universidad de Chile set fire to seats, pelted police with missiles and vented their anger towards President Sebastian Pinera during a Copa Libertadores match at the National Stadium on Tuesday amid continuing social unrest in the country.

The match between Universidad de Chile and Brazil’s Internacional, the first of a two-leg qualifying encounter, continued as firemen fought the blaze on the terraces, South American media reported.

Chile was hit by a wave of unrest last year as people angry at inequality and shabby social services took to the streets. 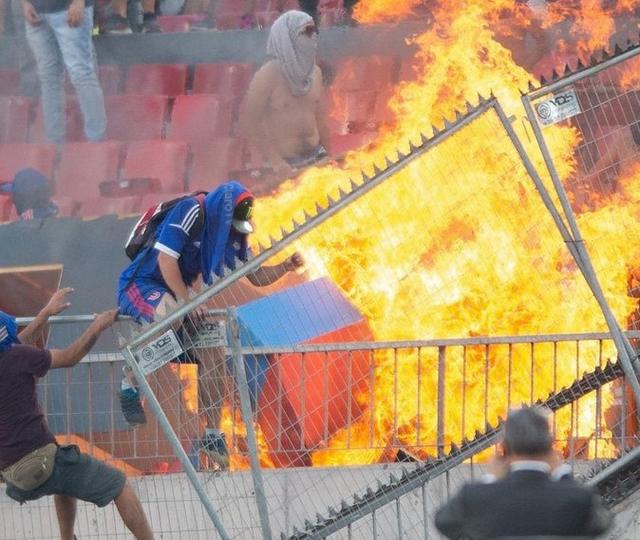 The protests started up again last week after a police truck ran over and killed a fan of the Colo Colo club following a match against Palestino.

The killing prompted fans from rival clubs to unite in protest against what they say is brutal treatment of the Chilean police, known as the Carabineros. 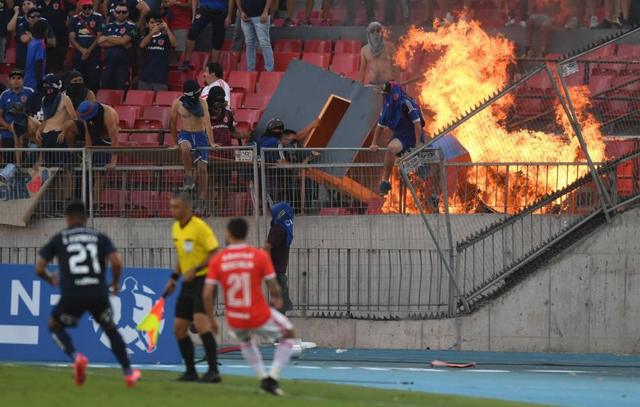 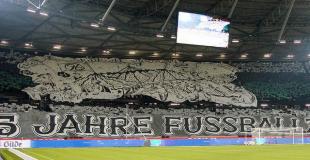