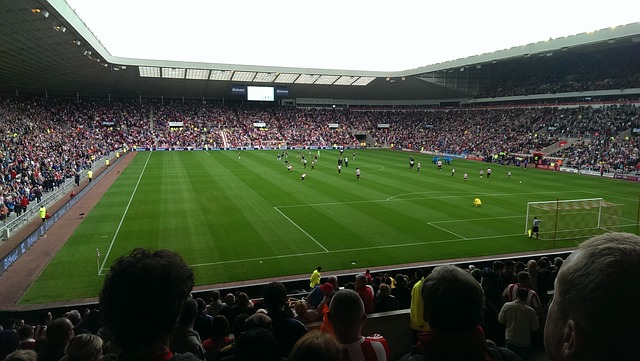 There are multiple rivalries within the English game and a number of these high-profile grudge matches have become fan favourites over the last couple of decades. With a number of clubs located within close proximity to one another, it's little surprise that the fixture list tends to throw up a handful of fiery and tempestuous clashes each and every weekend. Despite this, there are still a number of these games which have become increasingly infrequent, and we have picked out three of these much-missed local feuds.

The Tyne-Wear derby was always one of the most anticipated fixtures of the season, however, these two North Eastern powerhouses now find themselves two divisions apart. The pair haven't met competitively since 2016, when they shared the spoils in a typically bad-tempered 1-1 draw.

Sunderland have dominated this match-up in recent years, winning five of the last six meetings, however, the Black Cats now find themselves in third tier, and after suffering the heartache of a League One play-off defeat two seasons ago, they'll be desperately hoping that manager Phil Parkinson is the man to guide them back to the Championship. They are 4/1 second favourites in the outright football betting at Betfair to finish top this season, and promotion would significantly increase the likelihood of this iconic fixture taking place in the near future.

With Newcastle's place in the Premier League far from assured under former Sunderland boss Steve Bruce, fans may not have to wait too long for these two bitter rivals to cross paths once again.

The English Football League is awash with Lancastrian rivalries, however, the Cotton Mills derby is surely one of the biggest. This match-up is one of the most historical conflicts on the fixture list, although the pair haven't met in the league since March 2016.

With things tending to become heated both on and off the pitch, this derby has produced countless memorable moments, including multiple fly-overs featuring banners containing humorous messages.

There is a chance that Britain's oldest rivalry may be renewed in years to come. Blackburn have started the 2020-21 campaign in electric form and look to have put themselves firmly in the promotion picture, however, Burnley's underwhelming start to the new Premier League season may result in these two arch-rivals travelling in opposite directions once again.

Although these two rivals bumped into one another in the League Cup in 2019, Southampton and Portsmouth haven't squared up to one another in the league for over eight years. There is plenty of animosity between these two old foes, and this rivalry was bumped up a notch following the defection of popular manager Harry Redknapp in 2004. The Pompey gaffer stepped down from his duties at Fratton Park citing exhaustion as the main reason for his departure, shortly before resurfacing just 20 miles down the road at St Mary's.

There are currently two divisions between these two footballing giants, and with Southampton seemingly in good hands under Ralph Hasenhuttl, a reunion doesn't appear likely to happen anytime soon.

With hotly-contested derbies taking place on an almost weekly basis, there are always plenty of grudge matches for fans to enjoy. However, these three turbulent tussles are much-missed by football supporters around the world, and they will hopefully make their long-awaited return to the sporting calendar within the next five years.