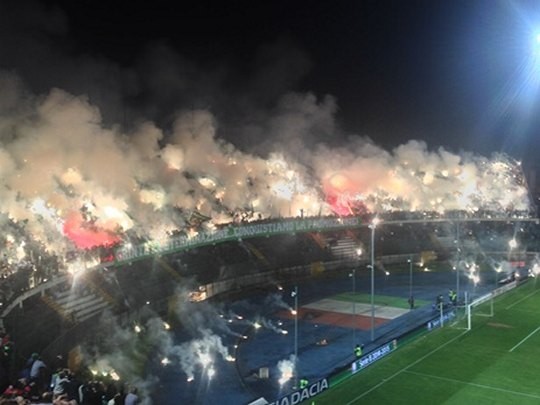 We all agree that football has probably the most passionate fans in the world. People who would travel mile after mile to cheer for their team, no matter what. Win or defeat, football fans will most likely still stand by the side of their loved club.

There are passionate fans all over the world, as we said, but Europe deserves a privileged spot. European fans are something different. Football here is a religion. From the Slavic Countries of Croatia, Serbia, Russia, Poland, Bulgaria (check out kazinoekstra post to казино игри 40), to the hot places in Spain, Greece and Italy, football fans and ultras are a distinctive reality.

People there do not only cheer for the best teams. There is a strong sense of belonging to the team of their city, no matter how big or how small it is. Today, I want to tell you the story of one of those “less-big” cities and its fans. A story that made the whole country of Italy respect and admire the people from a small area in the South of Italy, called “Irpinia”. I want to tell you a story about Avellino.

If you talk about Avellino, immediately it comes to mind, other than the tragedy of the earthquake of November 23, 1980, the green Irpinia and the dream team that, in 1977/78, after the promotion to Serie B five years earlier, arrives in Serie A and stays there 10 years in a row. A decade of salvation made decent, more than miraculous, fighting ferociously even with the big guns of the championship, feeding the legend of the famous "Partenio’s Law": all teams, small and big ones, had to sweat a lot to bring home even just a tie.

The crowd of Avellino is hot and hostile. The late president of Roma in the 80s, Dino Viola, once said: "Avellino can change teams, coaches, everything, but with that crowd that drags them from start to finish, playing at the Partenio will always be difficult for everyone". In that team, there were players like Juary, the crazy Brazilian who danced around the flag after every goal, the unfortunate Dirceu, who died at the age of 43 in a car crash in Rio, while driving his Puma. Players like Barbadillo, Ramon Diaz, Di Somma, De Napoli, Tacconi, Carnevale, Vignola, Tagliaferri… They were all very tough people who, starting from Avellino, traveled Italy and the world reaching great achievements. Avellino was the ideal environment for both young players who wanted to launch themselves and older ones who wanted to end their careers in style. 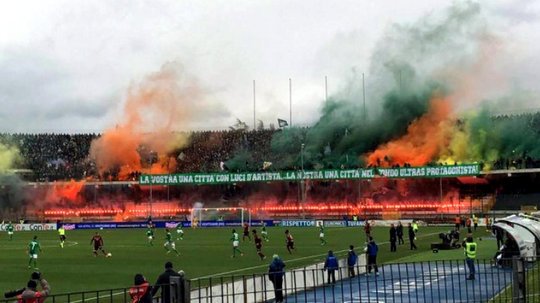 The first Irpinian supporters' club, the “Lupi Irpini Club Ubaldo Martinez”, was founded in 1973, on the wave of enthusiasm after the promotion to Serie B. Then, gradually, other clubs were born, such as the "Lupi Irpini", "Ciccio Cupolo", "Gli Ultras", the club "Fedelissimi", "Borgo Ferrovia", "San Tommaso". With the promotion to Serie A, a group of young Avellino fans who met at the disco "Rendez-Vous", decided to form the first real organized group: this is how the “Green Stars” were born. The greatest memory of that period is perhaps the invasion of Genova, with almost 15,000 cheering fans filling up the streets of the city for the historic promotion to Serie A.

The founders of the Green Stars were willing, loyal to the green-and-white colors and strongly passionate. They paved the path to other groups such as the "Kaya", the "Celtics", the "Executors", the "Bad Boys San Tommaso", the "Bronx" and the "Bush". The first four years of Serie A were unforgettable for the green-and-white fans as the whole stadium made the team feel its warmth. But as the time passed, only the groups of the Curva, which had become more and more numerous, continued to cheer the team. The Curva Nord was occupied by the "Executors", while the "Ultras" lead by Marcantonio took their place in the Distinti. One of the reasons for the separation was that the banner "Commando Green Stars Curva Sud 1978" was too long, leaving no room for other banners in the curve. Another reason was that both the "Executors" and the "Ultras" disagreed with some of the choices made by the Green Stars, although relations were still very good.

After the demotion to Serie B the crisis of both the teams and its supporters began. Avellino was demoted again in Serie C in 1992, and this is when the episode of the 11 crosses planted on the ground of the "Partenio" took place. In 1994, President Sibilia, unforgettable after the historic promotion to A, takes the team on his shoulders and brings it back in Serie B, although it is the classic flash in the pan. In the last few games, a disagreement arose between the team and the owners, and Avellino was again demoted to Serie C. Since then, war breaks out between the fans and the president, with many episodes of violence that lead people to think Avellino’s fans were violent and dangerous.

After many ups and downs, in June 2009 comes the official announcement on the club’s website: the club was for sale, for free, after the discovery of a 12 million euros debt. No entrepreneur was willing to take over the club, causing the non-inclusion in the Pro-Championship League, the new name for the Serie C. On September 2, 2009, due to the vicissitudes that have involved the U.S. Avellino, the "Splatter 1991" communicate their dissolution, after being for 18 years among the main groups of the Curva Sud. Respectively then, on 24th and 29th October, the "Cruels 1988" and the "Bush 1989" officially disbanded for the same reasons.

Nowadays, new groups have been born, like the “Ultras Avellino 1912”, as the new society founded after the bankruptcy of the historical club floats in Serie C. The passion remains untouched. The hearts of the Irpinian fans will always be green and white.