4th January it was a year ago since the biggest player in the history of Feyenoord, Coen Moulijn passed away (report one year ago). To honor him the supporters of Feyenoord made a beautiful memorial. They walked from Varkenoord (home base of supporters) with flares and singing to a place outside their stadium.

There they met the widow of Coen, as well as players and trainers of Feyenoord. Next to the statue of Coen Moulijn they lighted up flares while they were quiet to show their respect.

On a fence outside stadium a huge white banner hang with lot of names from supporters and players of Feyenoord who past away for the last years. 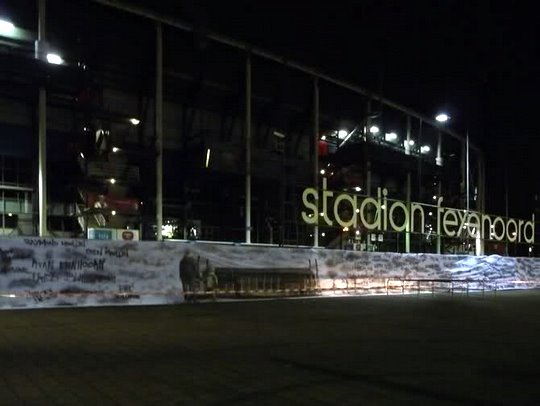 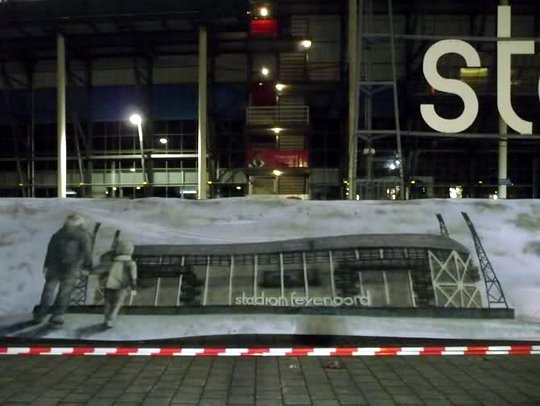 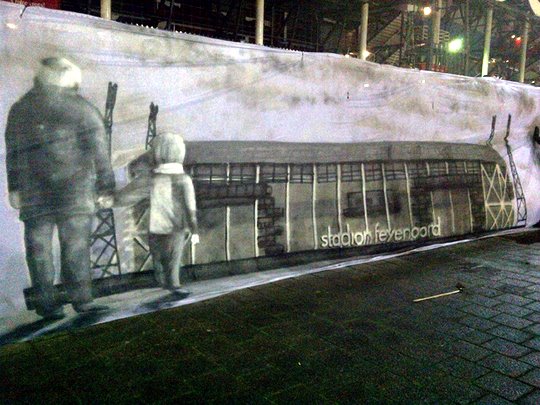 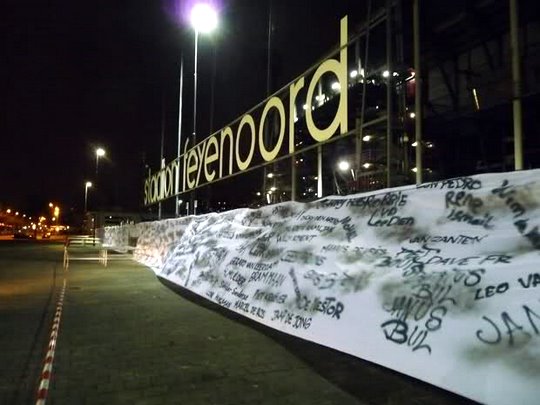 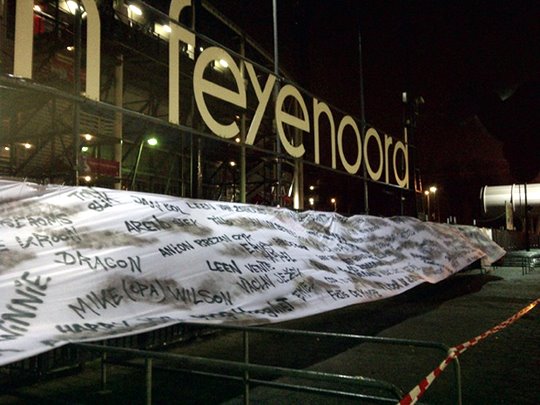 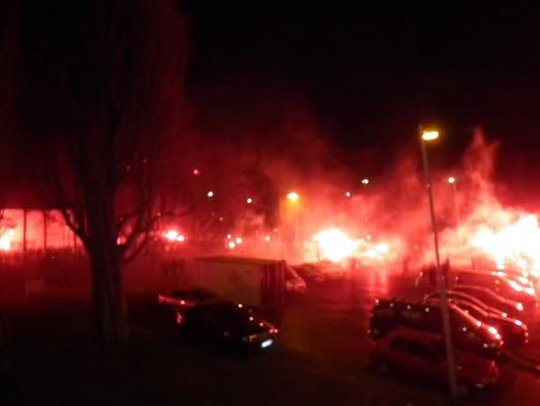 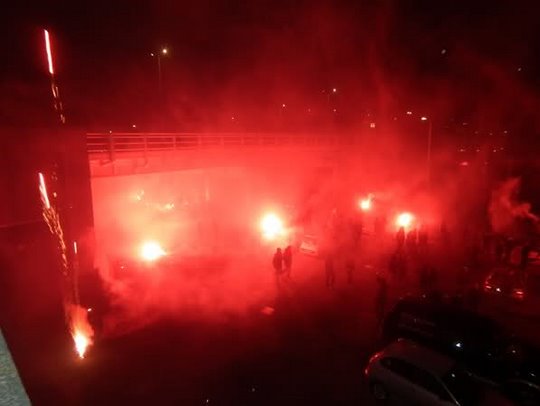 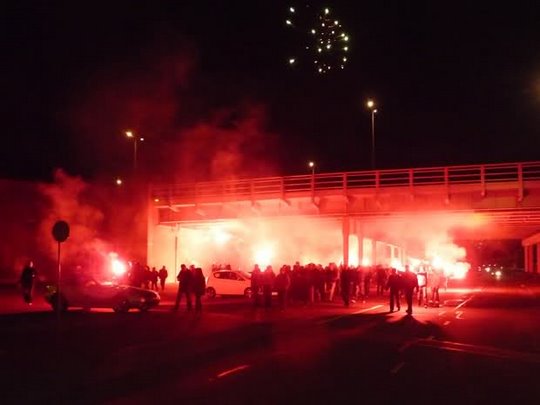 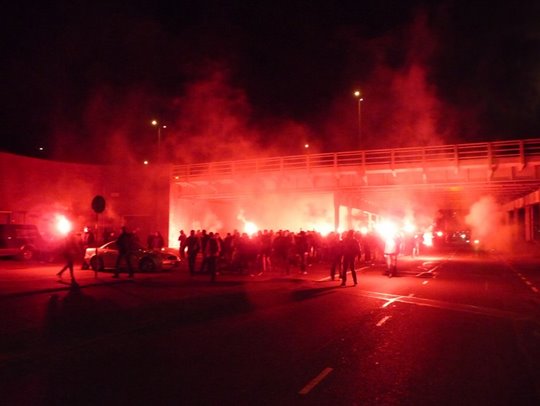 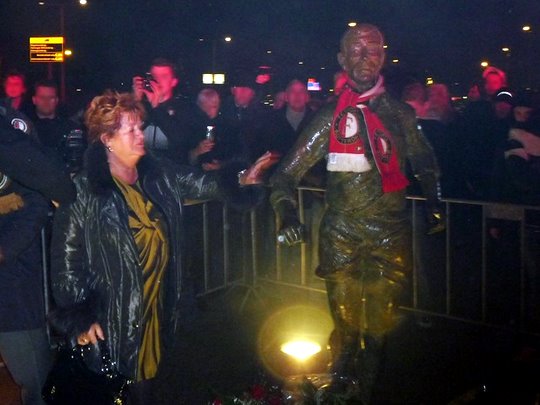 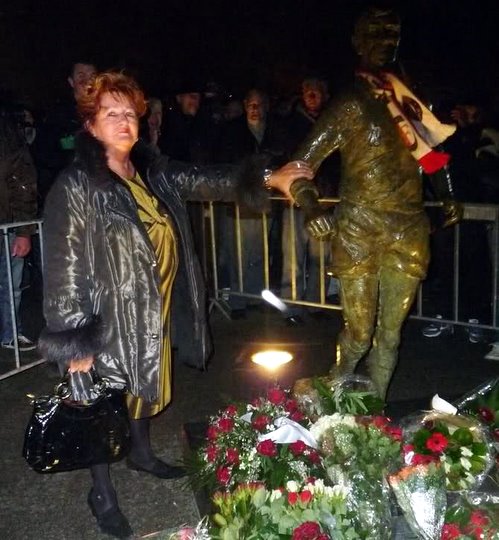 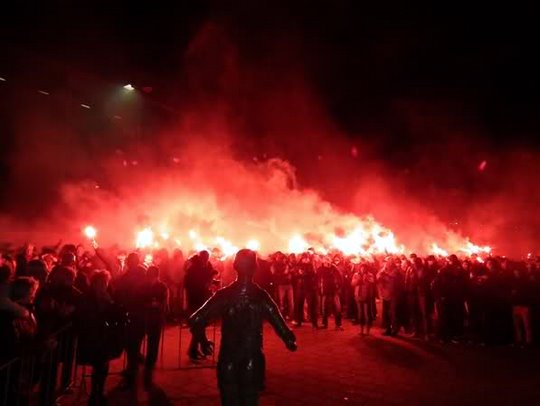 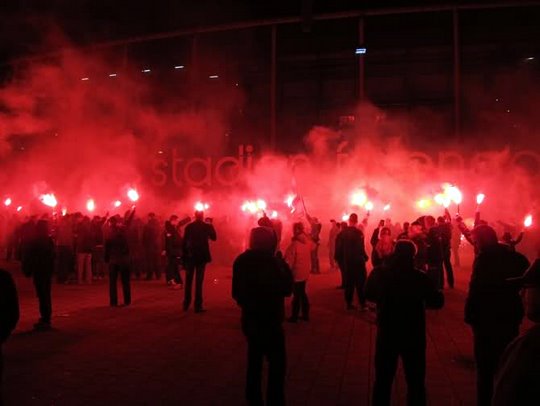 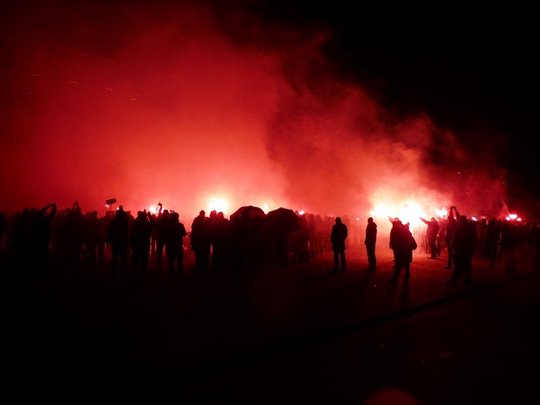 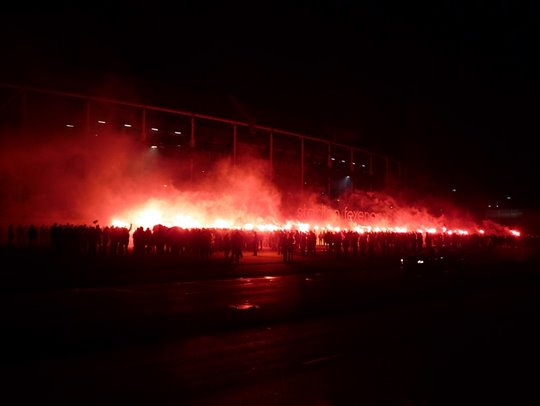 If you want to help us with articles from your club or group, please click here for contact info.