Bad Blue Boys once again show support to their friend in jail.

Bad Blue Boys dedicated this match to their friend Nikica Marović who is currently in prison. He ended there 2 years ago, after being convicted that he throw petard on the cop and injured him (cop lost his eye). That happened on match Hajduk - Dinamo 01.05.2010.

There is not even one evidence or witness who can say that Nikica throw that petard. Also there are lots of videos and photos from riots and Nikica can't be identify as a thrower on any of them.

Nikica was chosen to be convicted for example to others and that Croatia shows European union how they fight against hooligans...

Judge offer Nikica settlement, but he refused it and repeat all the time that he didn't throw that petard. Also he admit that he participate in stadium riots.

Nikica has very hard life inside prison becasue of "special" treatment that he receive by cops. First 2 week he was beaten up every day. All other prisoners have to leave cell when police come to "talk" with him.

Judge final words when she was saying verdict were "Two different cameras recorded same person that throw petard, and when we compare  it from earlier shots from the match it's PROBABLY that defendant throw it".

Unbelievable! He was convicted to 4 years in prison with words "he probably did it" and without single evidence...

Nikica has big support from his friends and whole Croatian ultras scene. Bad Blue Boys have flag with his photo, Zagreb is full of his stickers and graffiti dedicate to him. Last winter  larger group of BBB visited him in prison.

Photos and videos from the match: 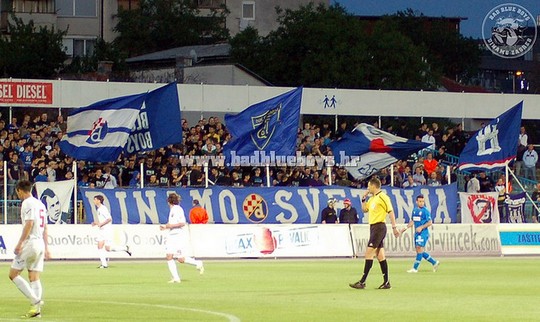 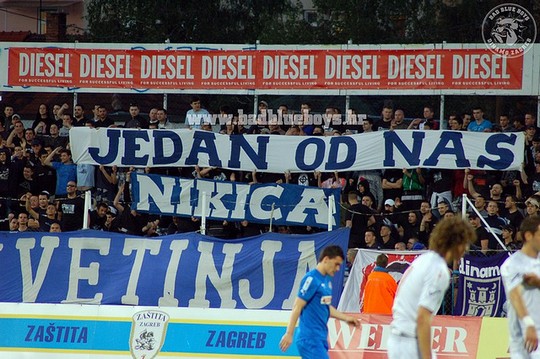 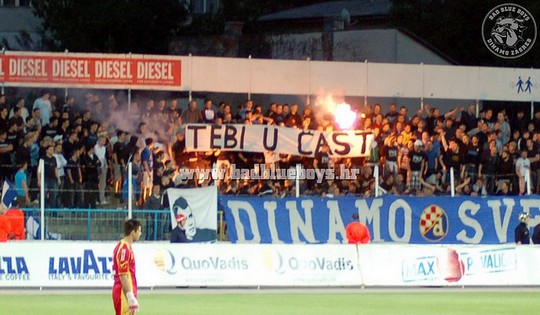 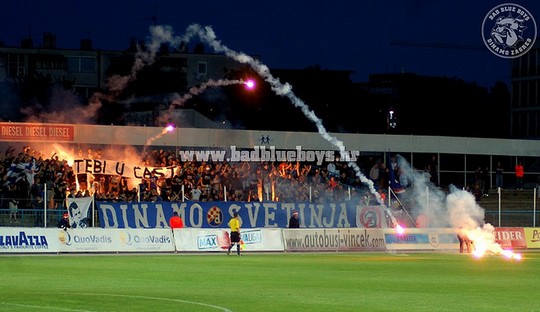 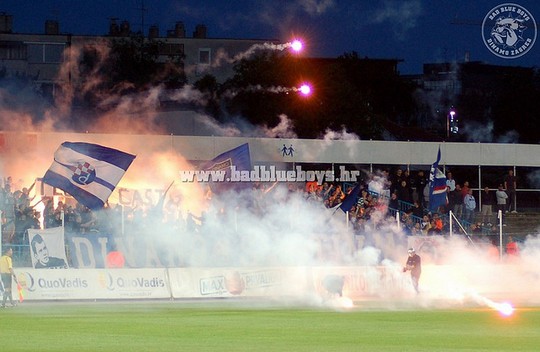 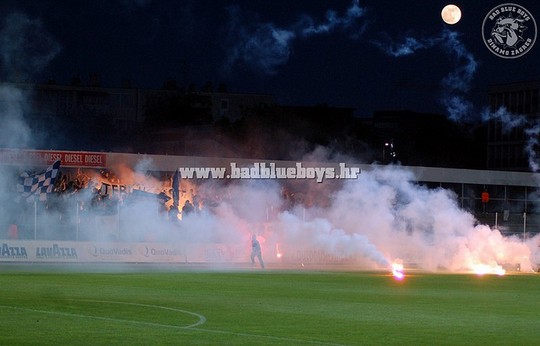 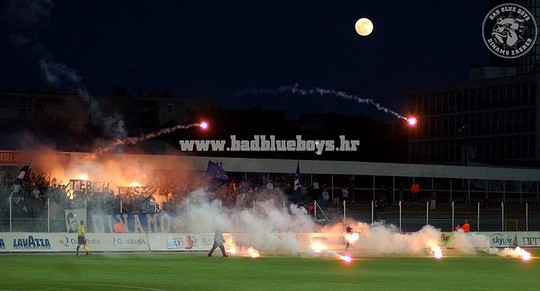 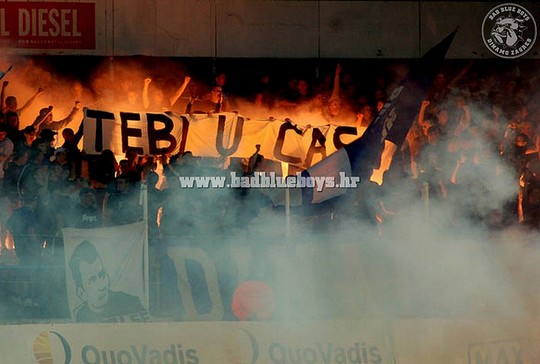 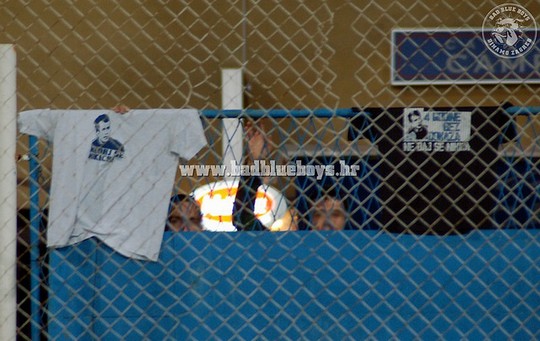