Message from Ukrainian Football Supporters to Euro 2012 guests in Ukraine.

«Leave your human rights at home» - message from Ukrainian Football Supporters to Euro 2012 guests in Ukraine.

On the last match day of 2012 Ukrainian Football Championship football supporters performed an action in many Ukrainian cities. A banner with message «Leave your human rights at home, electric shock doesn’t need them!» was shown at the stands of the football stadiums around Ukraine. Police of one of the Euro 2012 host cities – Donetsk, in just a month before the start of the upcoming European Football Championship clearly demonstrated to the whole world, what football supporters exactly will get during this «football festival».

They’ve added a new feature to illegal detains, fines, banning orders on football supporters and police brutality, and this new feature is electric shock torture, which they used against FC Dnipro fans at their away game in Donetsk on 2nd of May. This occasion had a huge response among Ukrainian football supporters; nevertheless, it wasn’t presented in official video for Euro-2012 song. But Ukrainian supporters have already been treated by the police in that way, and Euro-2012 visitors are next in the line.

So, dear guests, forget about your human rights – this is not Europe, this is Euro-2012! 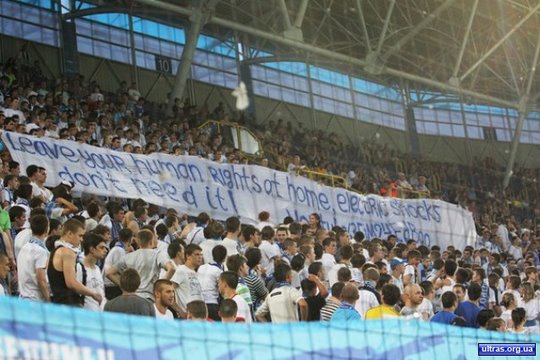 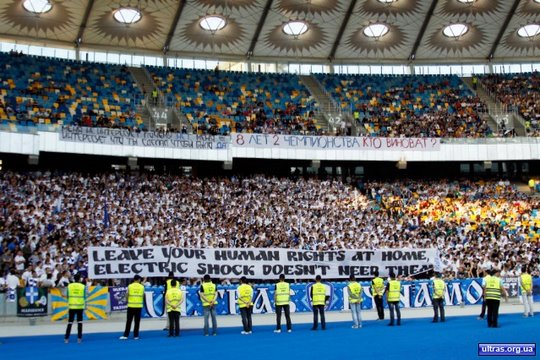 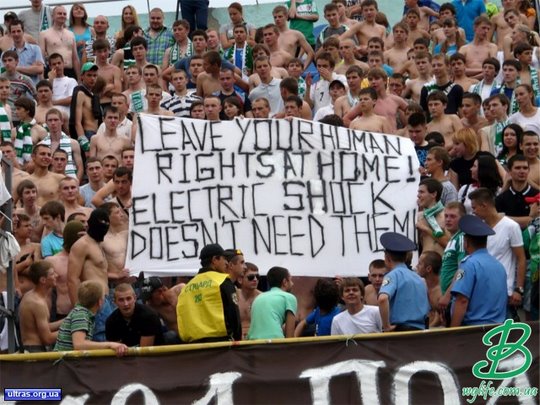 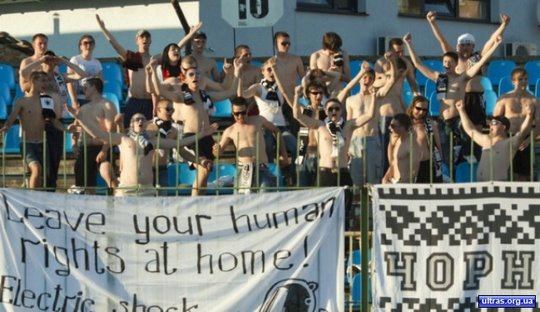 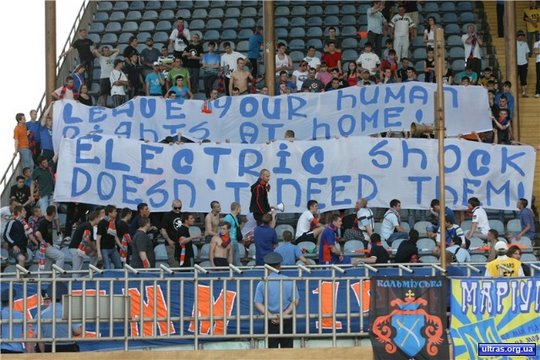 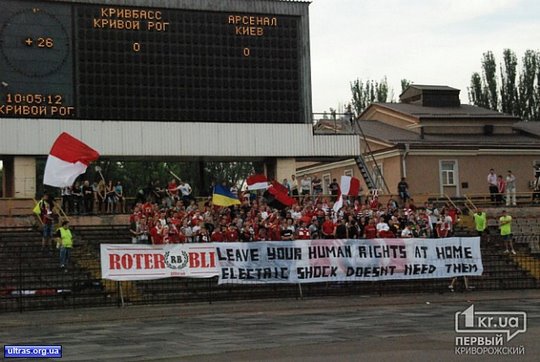