Polish supporters made protest in two different stadiums during training.

Polish supporters made protest in two different stadiums during training.

Many Wisla Krakow supporters met up in their stadium when the Dutch team had their training two days before Euro 2012 start. They had one anti-Euro banner with them and stood singing for 30 minutes before they left the stadium. Mostly songs like "fuck UEFA".

At the same time we notice media all over Europa write about how safe this Euro will be and how the Polish police/security have control inside stadiums. Fact is, that police and security were surprised and shocked by this protest, but we can't see any European media mentioned it. 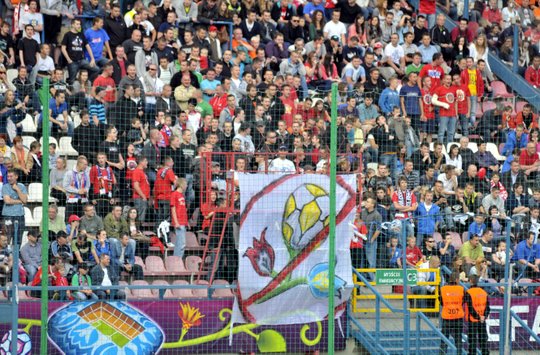 The same kind of protest were also done by Gdynia supporters during the Irish teams training. 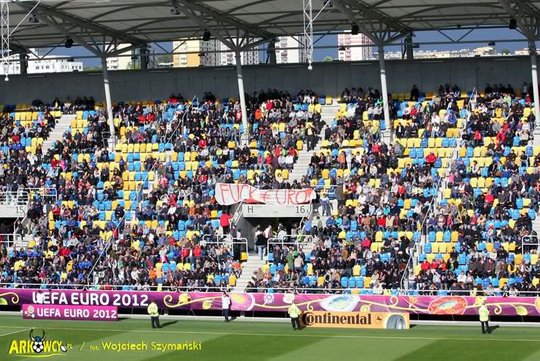