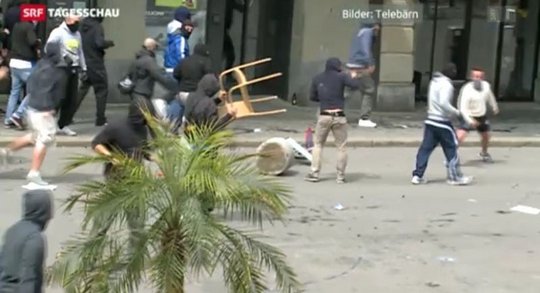 Both, Basel and Grasshopper (Zurich) traveled with trains to the capital Bern and both had meeting point in city center very close to each other. So tensions could be expected.

Arrival of Basel in Bern: 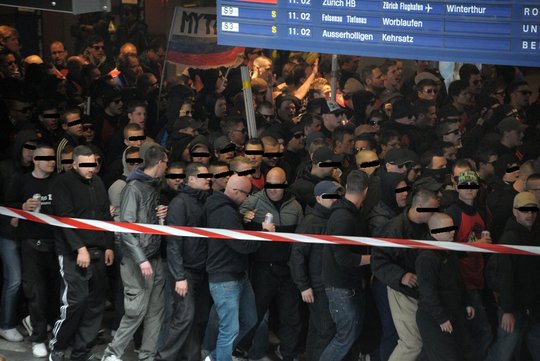 
Basel at their meeting point: 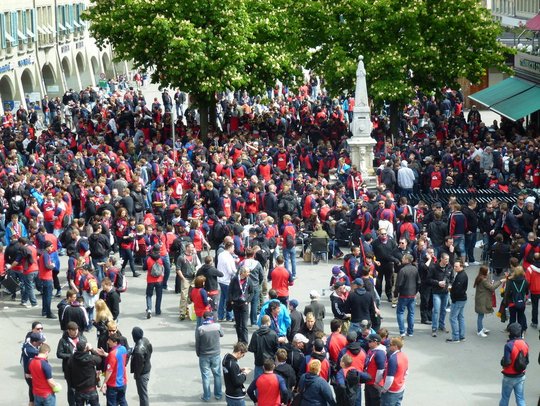 For Grasshoppers it was a very special day. First final since 10 years (5th for Basel). 19 years since they won it the last time (GCZ is Cup record holder) 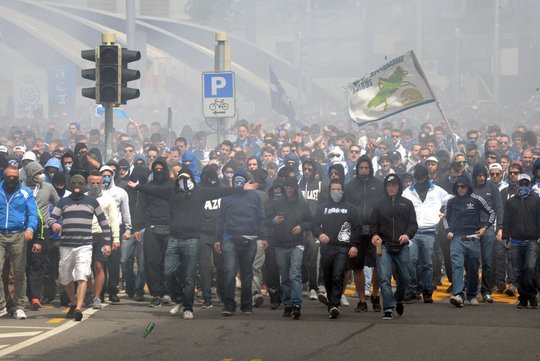 Early we noticed that police acted pretty defensive that day. Nearly no visible presence. Quite surprising because these are the two Cites with biggest potential for violence in Switzerland.

We couldn't believe our eyes when we arrived at our meeting point. No Police at all and only a construction site separating us from Basel supporters. Of course attacks started immediately and people on both sides demolished the fences and heavy battle broke out on the construction site. Not so many full contacts because of uncountable projectiles(pyro, bricks, rocks) thrown from both sides. 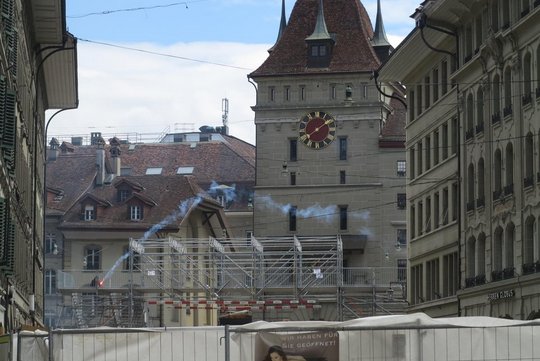 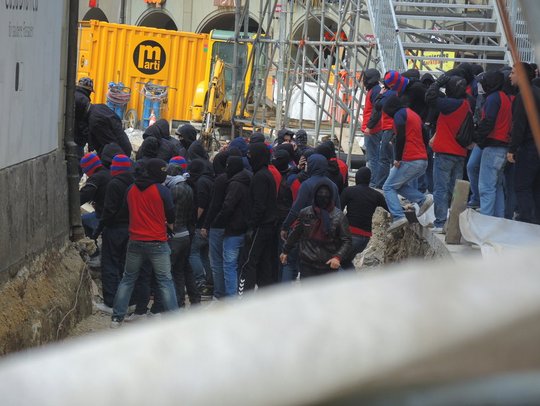 After some minutes cops intervened and under massive use of pepper, rubberbullets and gas they managed to separate the two groups.

injuries on both sides.

After that things calmed down and people prepared for corteo to stadium. Few attempts from smaller groups in side streets to make another contact but now cops were everywhere.
I'm sure it was again a political move from cops to cause riots. (Voting about new supporter law soon). It was an invitation for a fight. Afterwards cops had , more or less, everything under control. 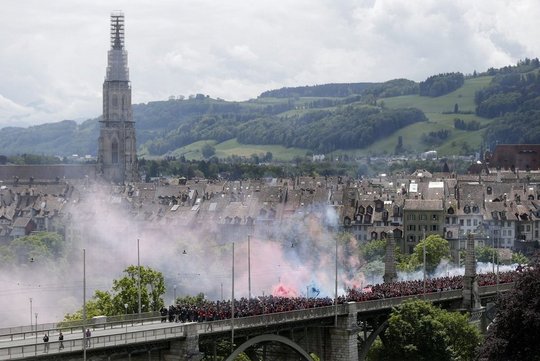 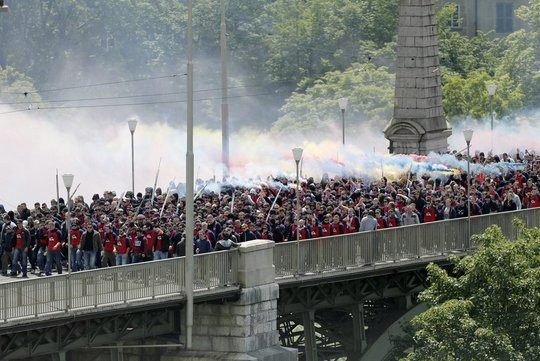 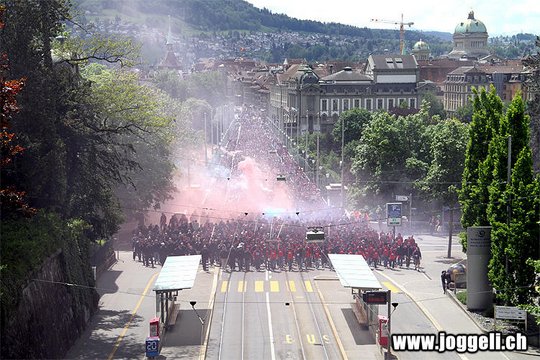 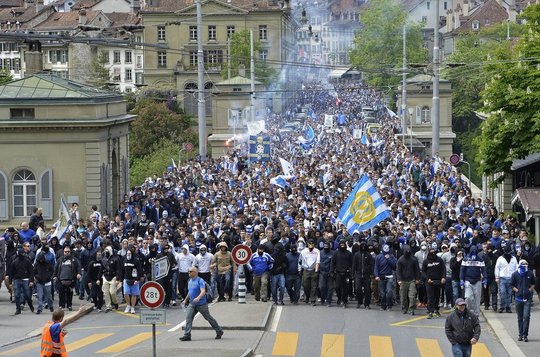 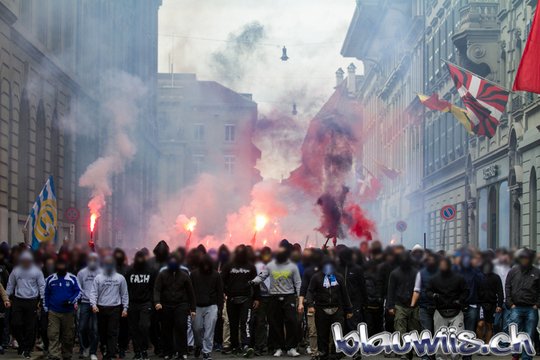 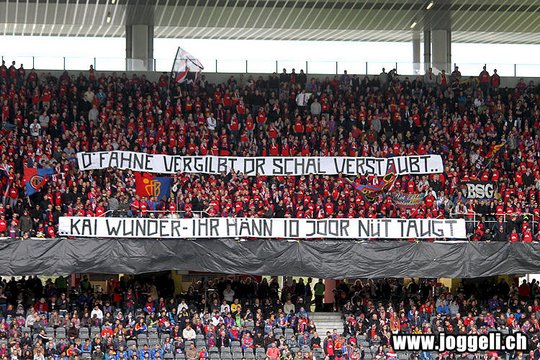 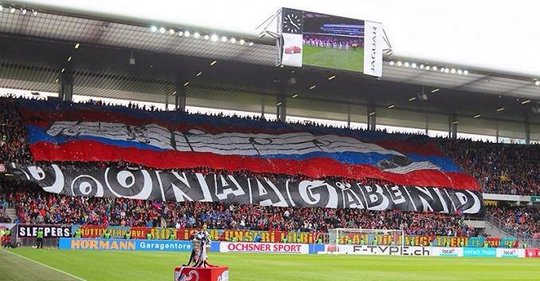 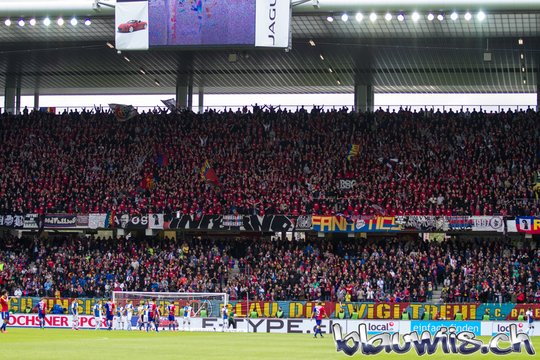 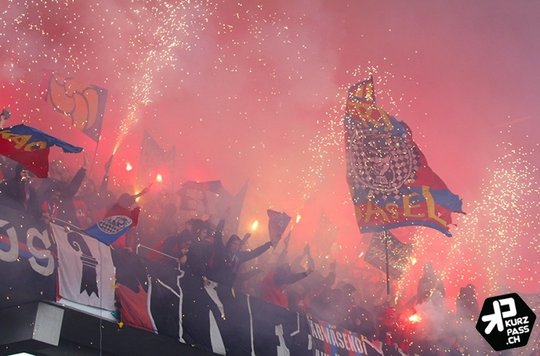 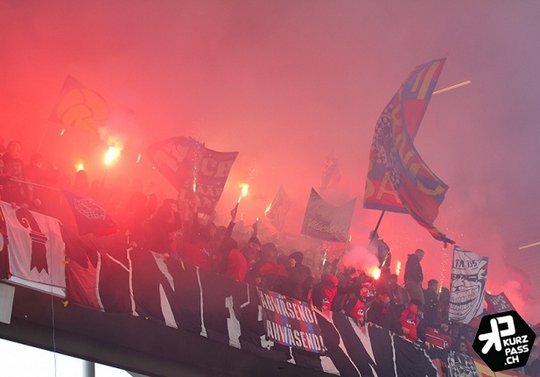 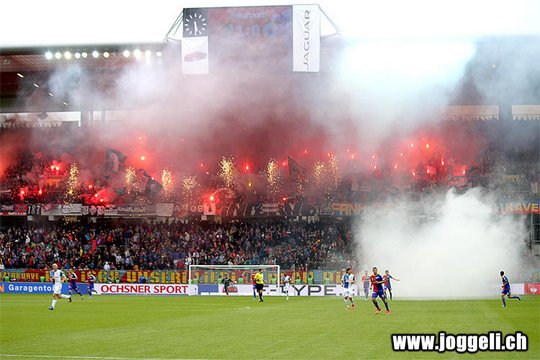 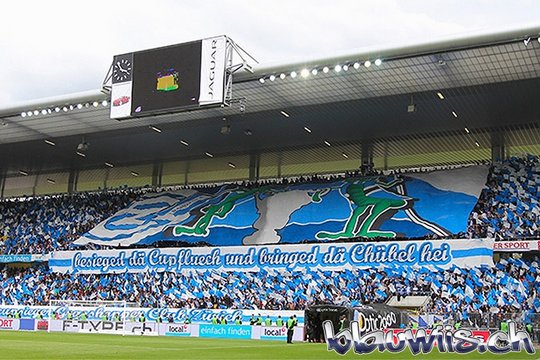 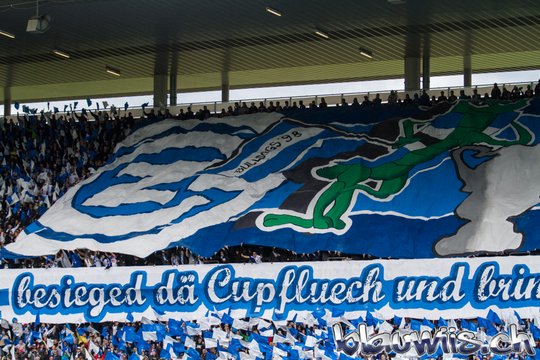 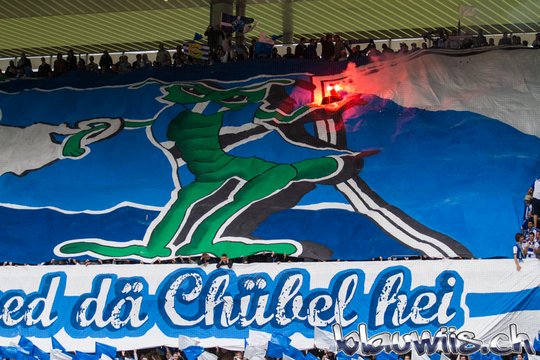 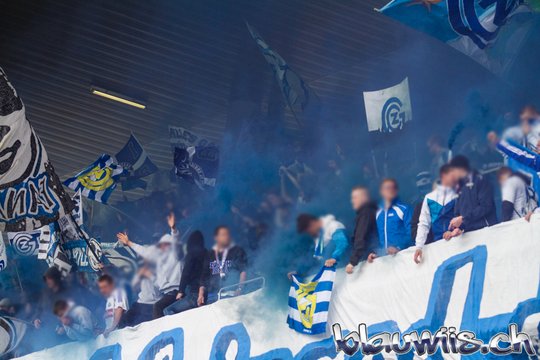 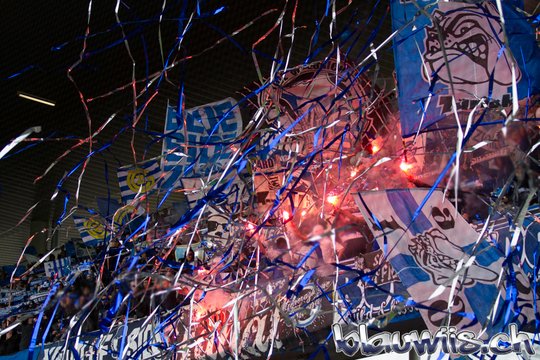 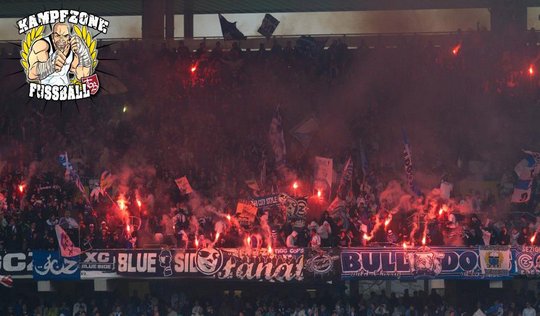 Celebration in city after Grasshopper won the final: 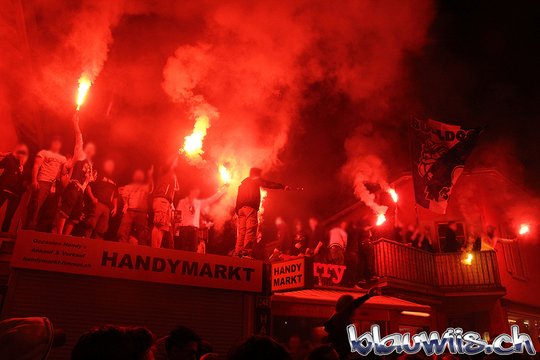 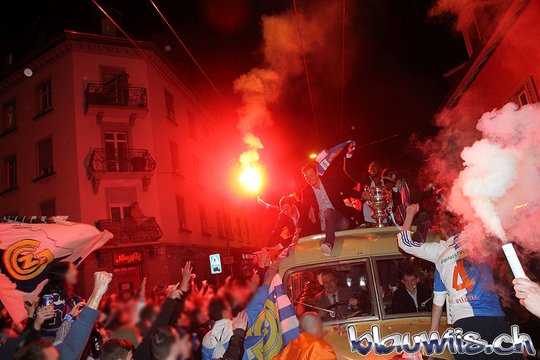 Thanks to our member 8005 for this report!