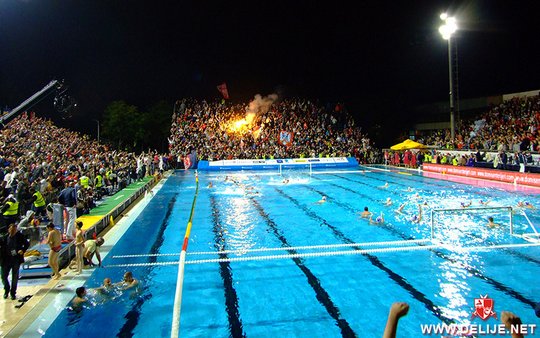 Supporters of Crvena Zvezda attended 5 matches in 3 different sports during only 7 days!

In the last match Zvezda became European champions in Waterpolo. Riot police standing along the swimming pool could not prevent happy fans jumping out in the pool after final whistle. 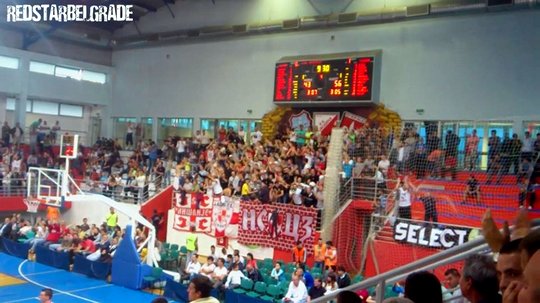 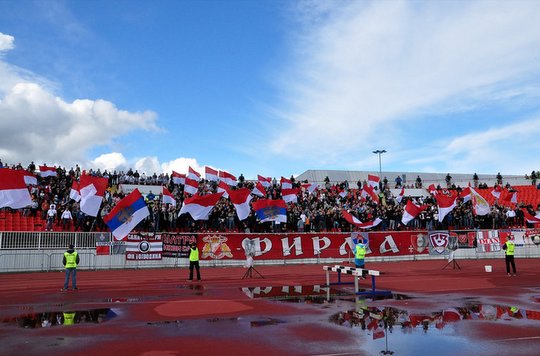 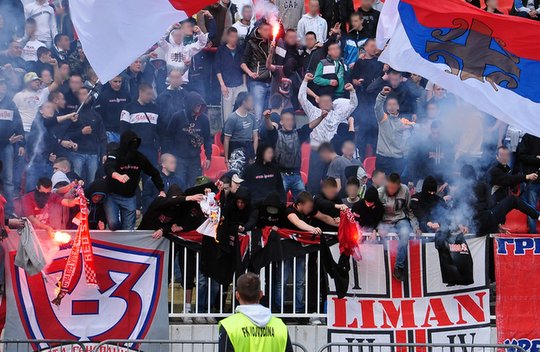 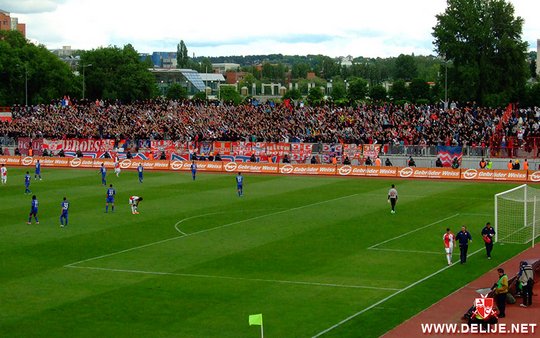 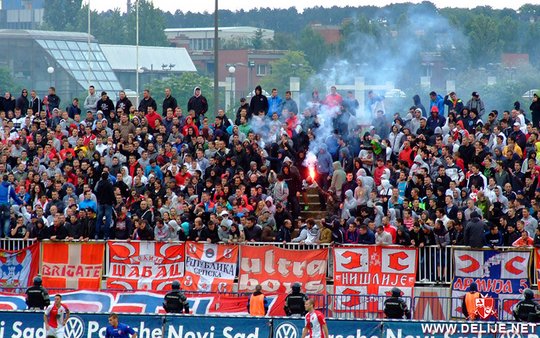 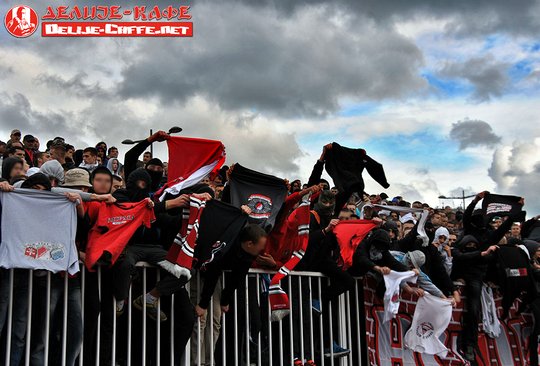 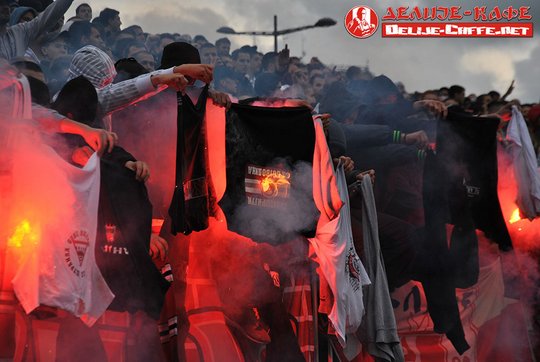 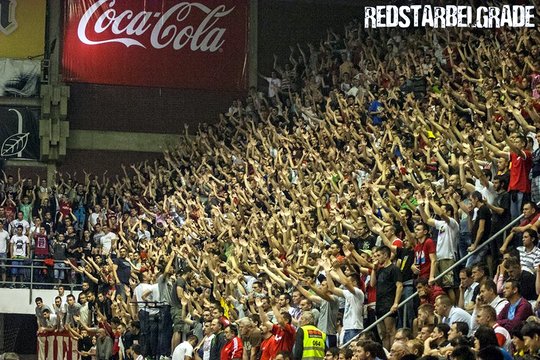 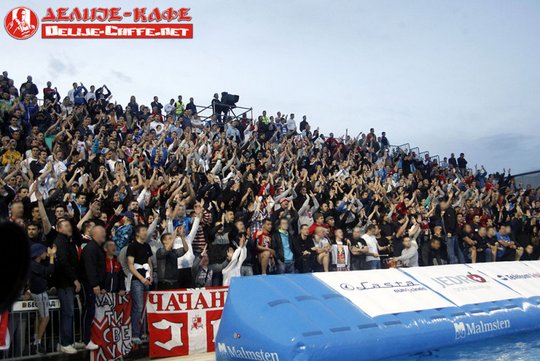 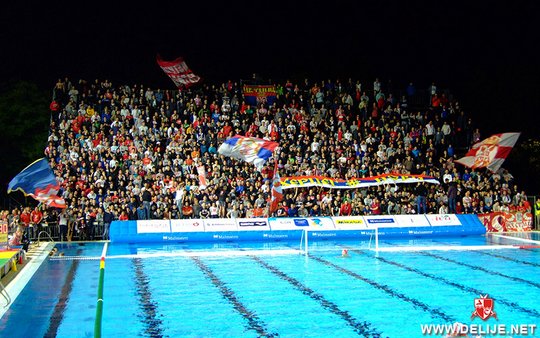 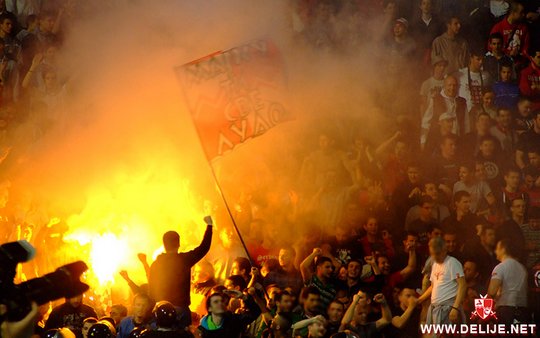 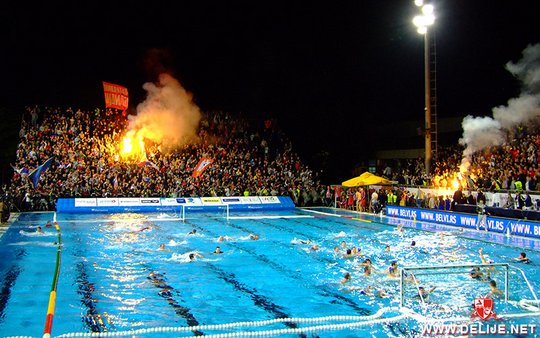 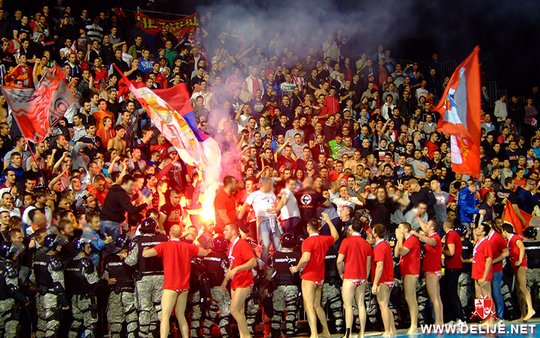 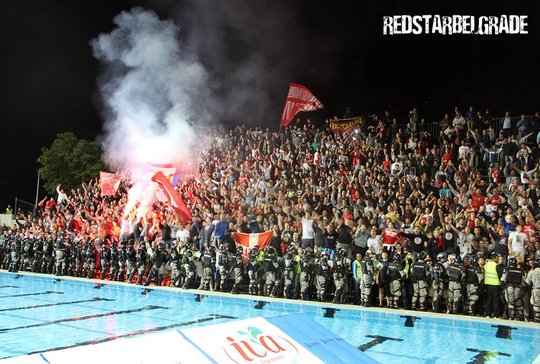 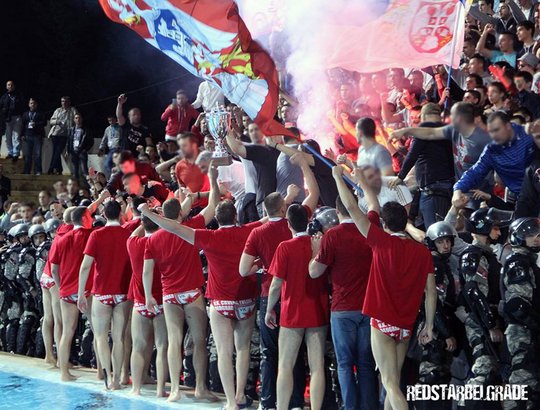 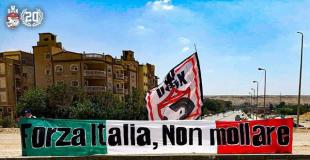