Holland: Photos and videos from the Limburgse Derby.

Holland: Photos and videos from the Limburgse Derby. 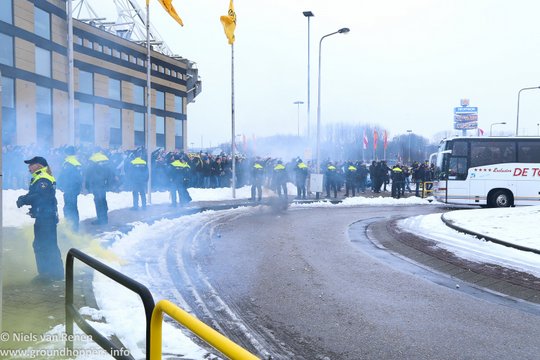 Sunday evening another edition of one of the 'Limburgse Derby's' was played in the Dutch second division between Roda JC and Fortuna Sittard. Since this season all professional football teams from Limburg, a province in the south, play in the same league.

At the entrance Roda JC fans unfold three banners with a text banner saying 'there's only one club in Limburg', the banners show the other clubs from Limburg (Fortuna Sittard, MVV Maastricht and VVV Venlo) made fun of. The away fans showed dozens of two stick banners with different returning designs.

In the match Fortuna Sittard performed the impossible by defeating the bigger Roda JC with a final score of 1-3. During the match angry Roda JC fans tried to seek a confrontation with the away stand which was prevent by cops. 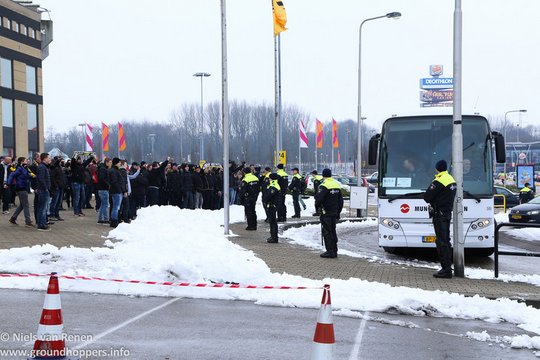 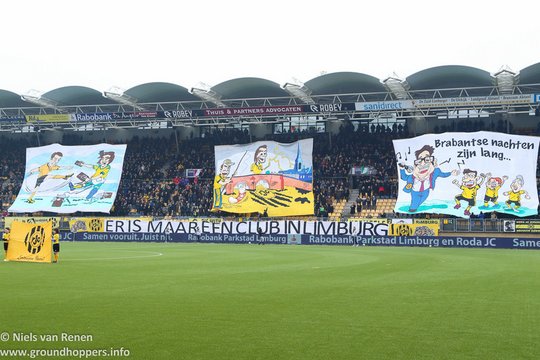 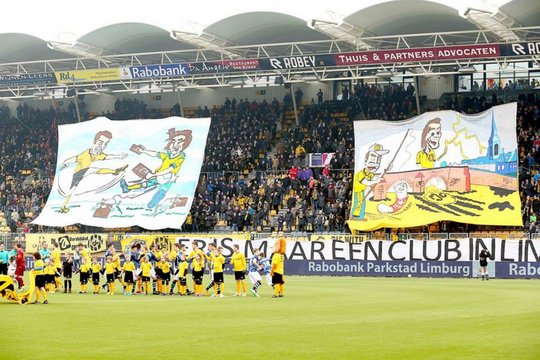 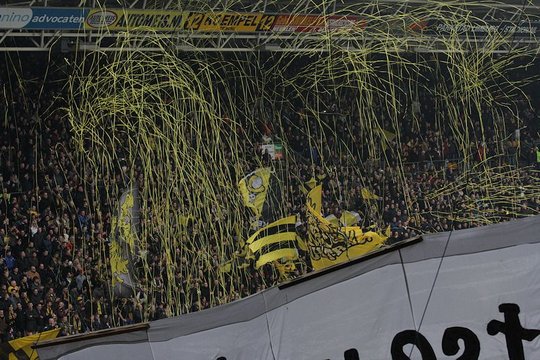 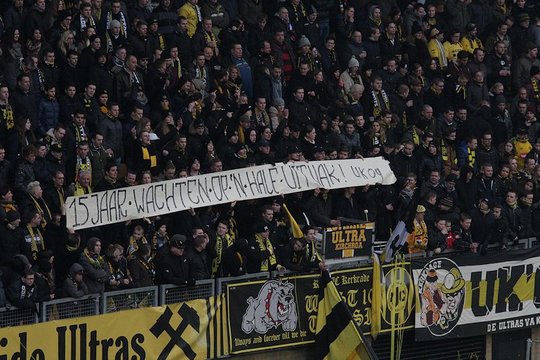 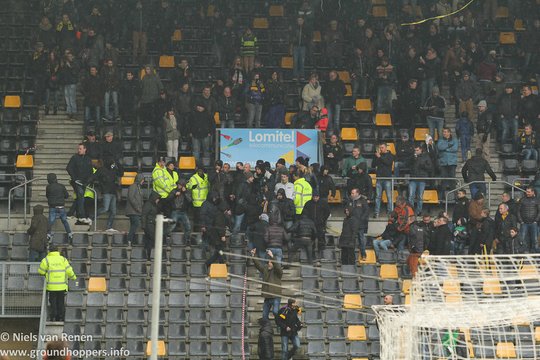 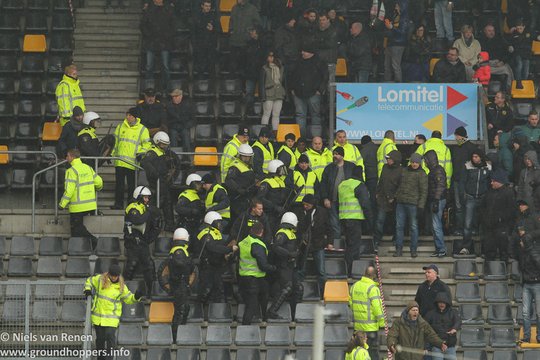 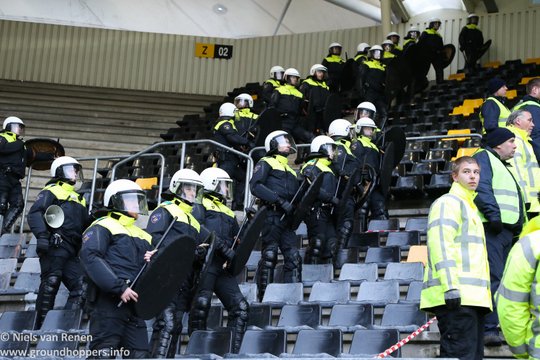 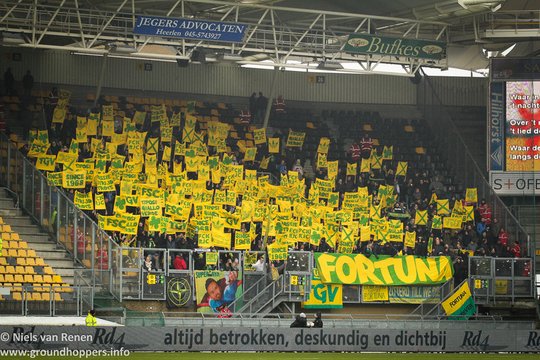 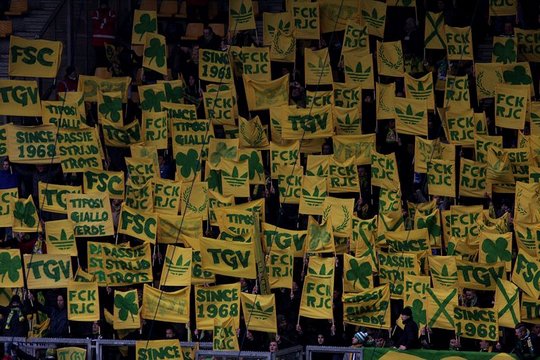 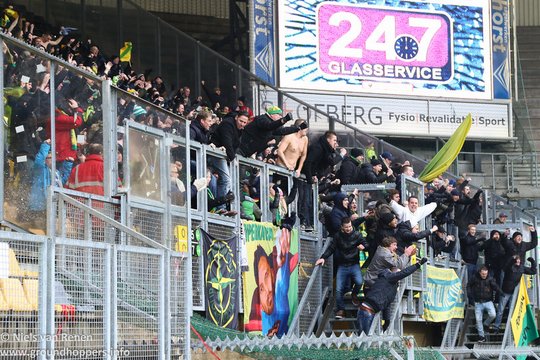 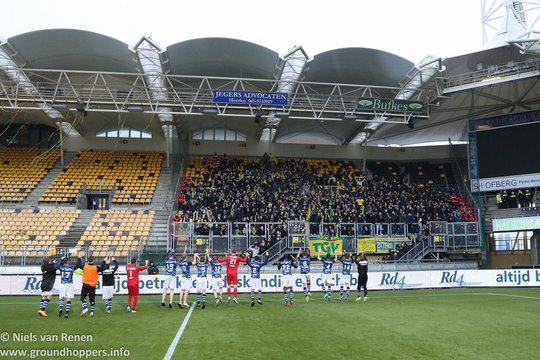