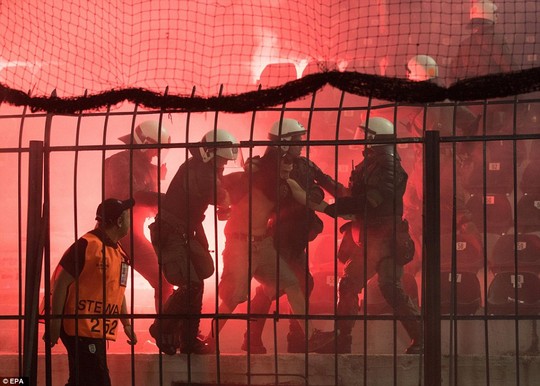 Trouble started in the beginning of secon-half when Dortmund fans lighted flares and threw them on nearby cops. Police immediately attacked the away fans. At the same time PAOK fans invaded the pitch, trying to get closer to the away sector.

In the Greek city Thessaloniki PAOK and Aris is main rivals. The yellow fans of Aris also have good connections to Borussia Dortmund fans. Night before the match Aris and Dortmund fans made a corteo in the city: 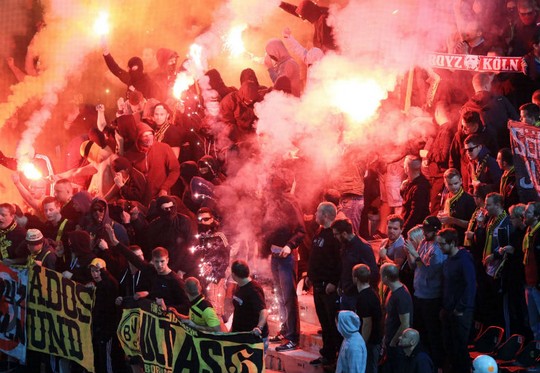 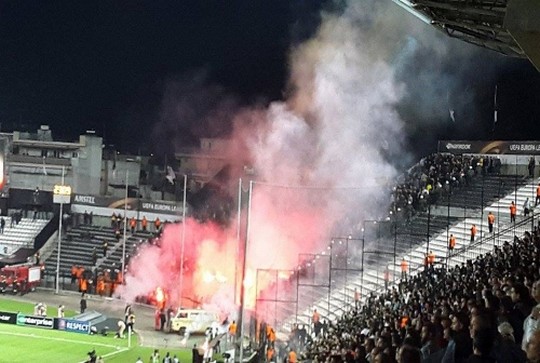 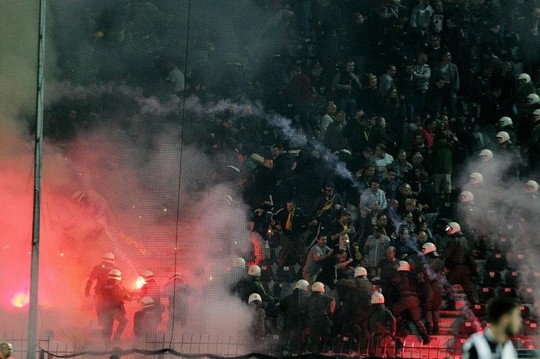 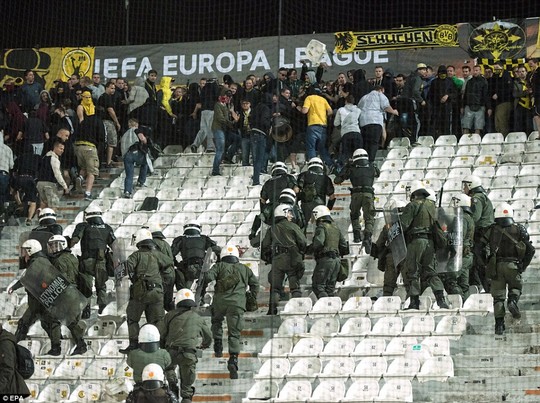 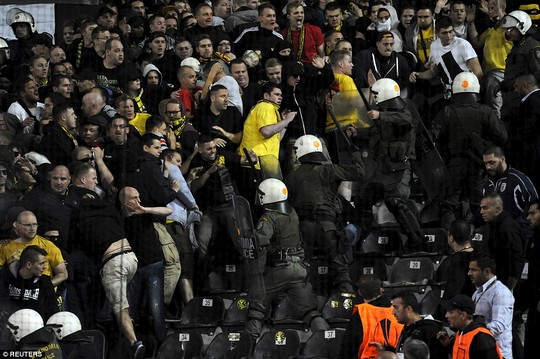 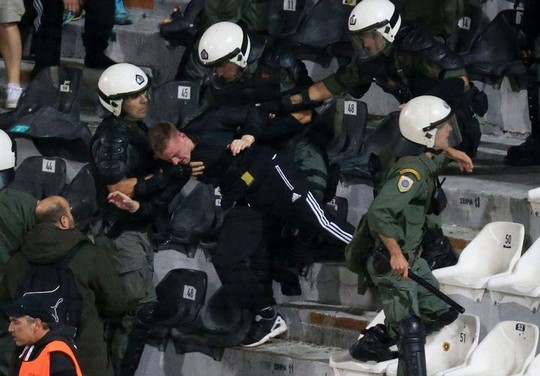 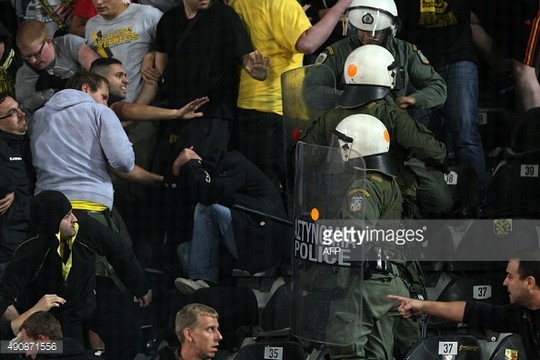 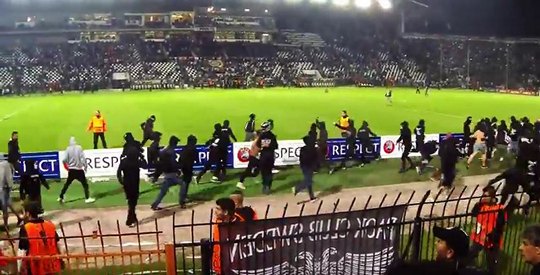 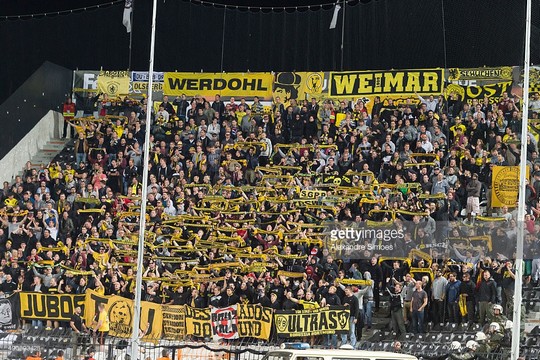 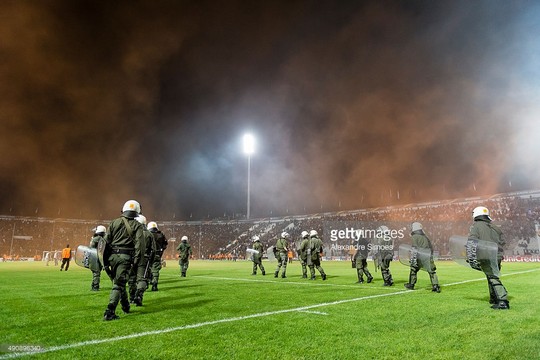 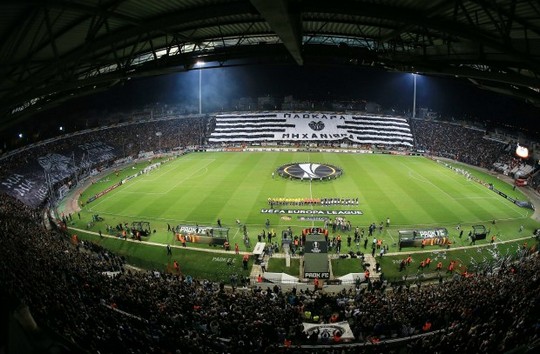 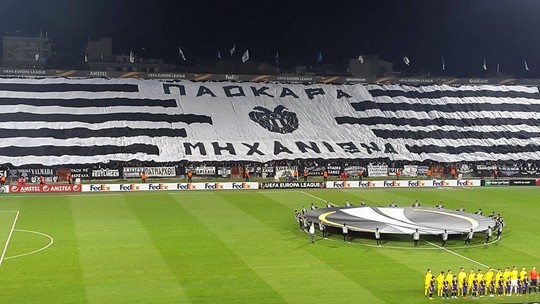 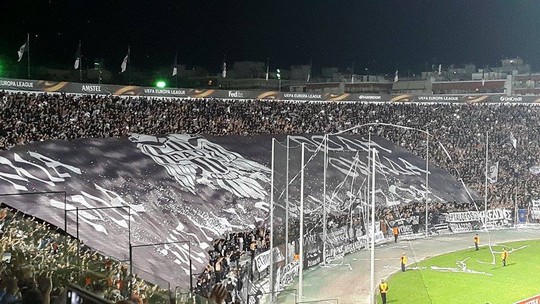 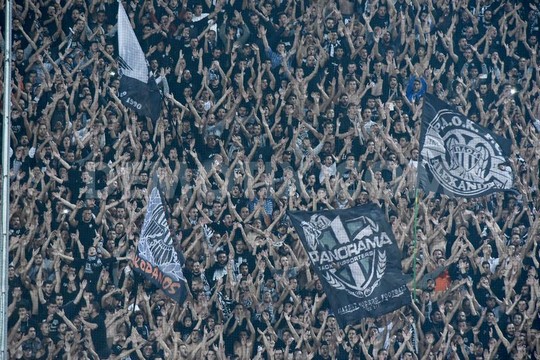