Great atmosphere in Sofia when Levski and Djurgården (Sweden) played a friendly game. The reason was the 50th anniversary of Levski's first European competition game back in 1965, which also was against DIF.

At the start of the game a big tifo appear in sector "A" with text "Glorious history - guiding light" and "Indomitable for 50 years with European unforgettable memories!"
In sector "B" there was a blue-style choreo with the best results during the years written on a 2-stick flags.

Huge pyro took part during the second half of the game. As usual Levki had their friends from Lazio and Hungary at this game.
There were also about 50-60 DIF fans who travelled from Sweden to Bulgaria for this friendly match! 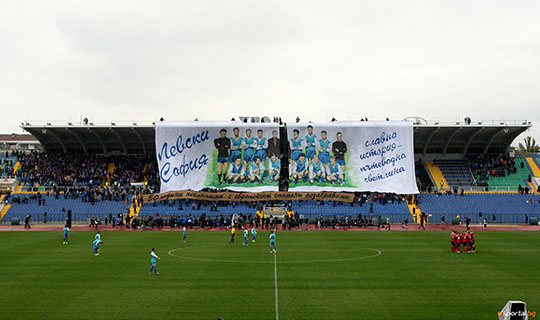 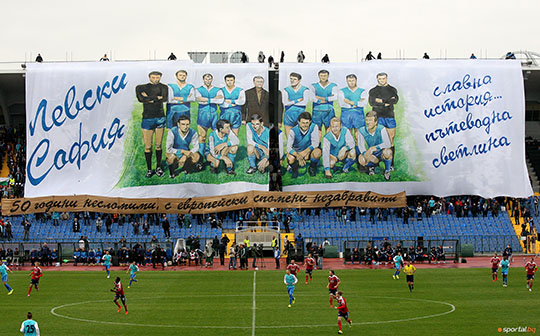 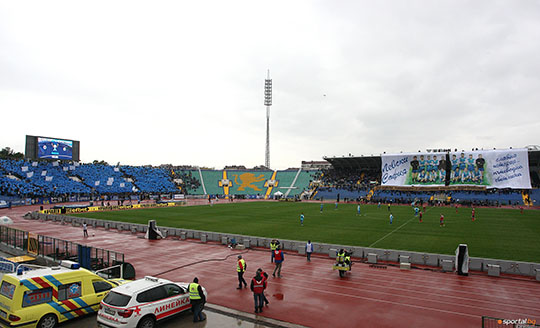 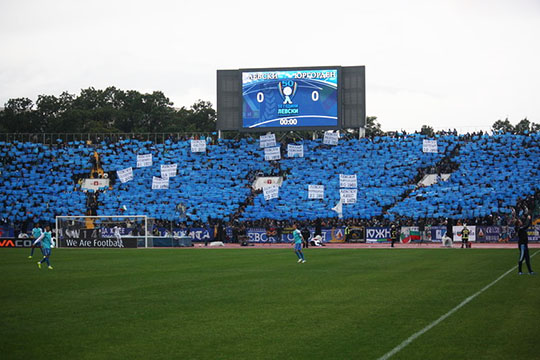 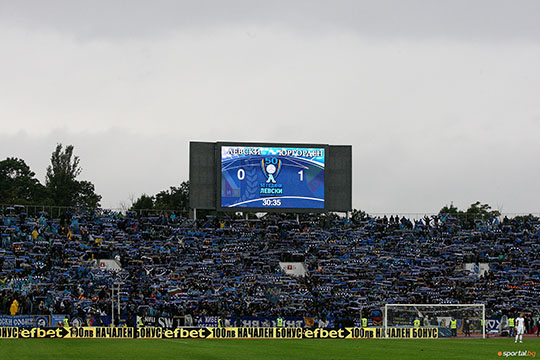 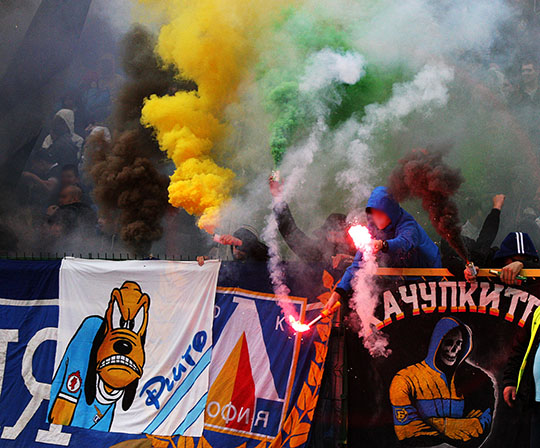 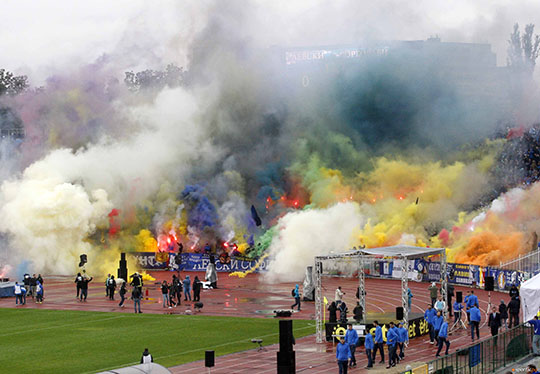 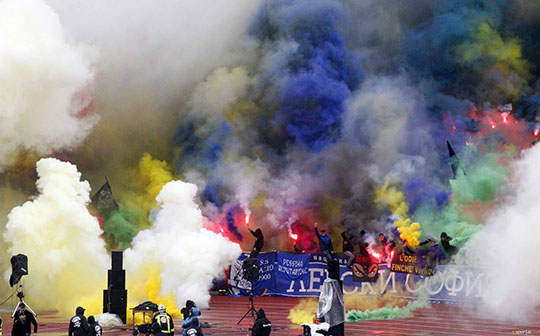 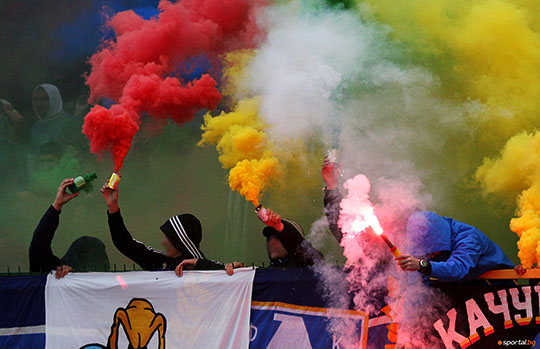 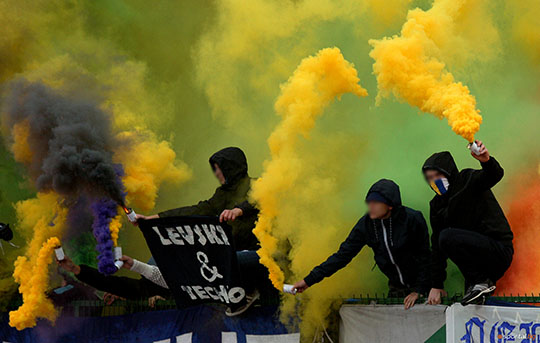 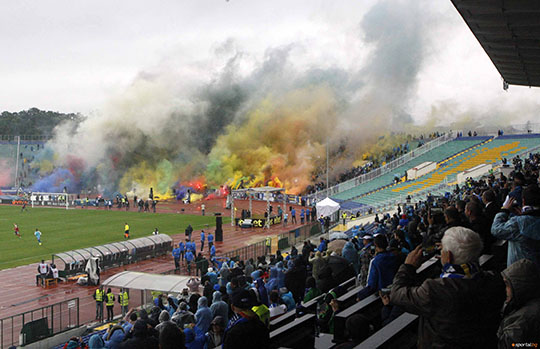 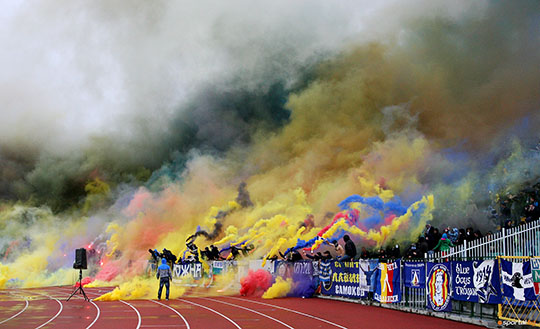 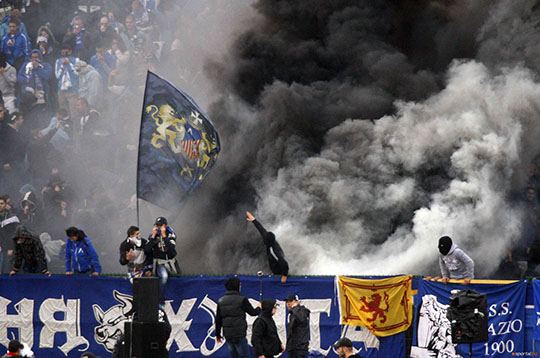 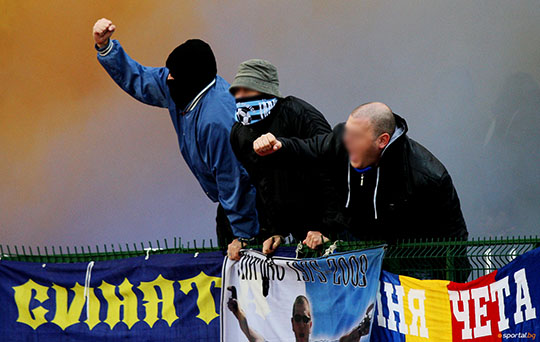 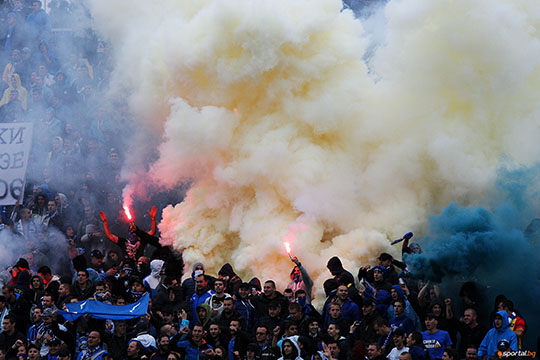 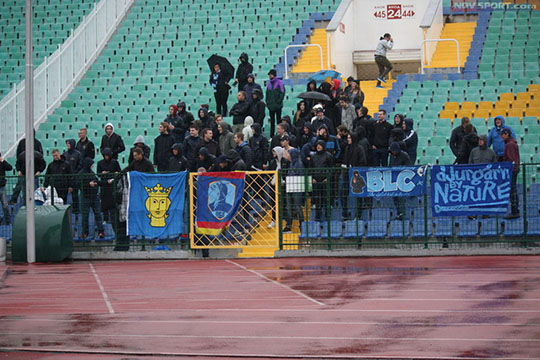 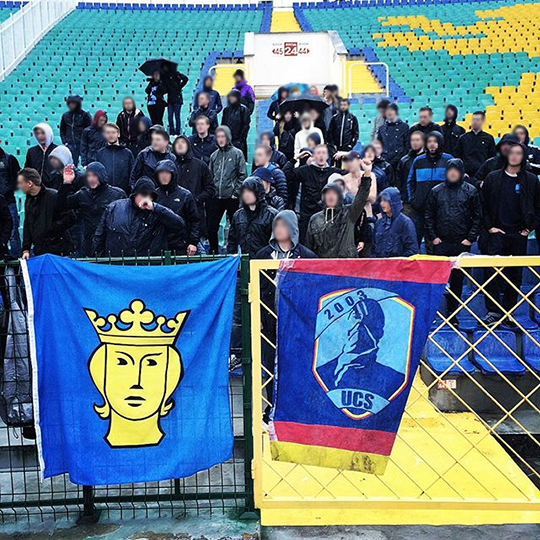 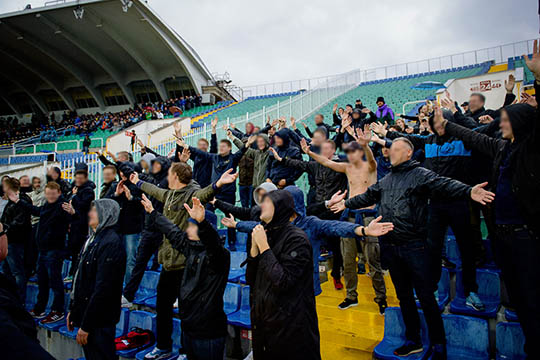 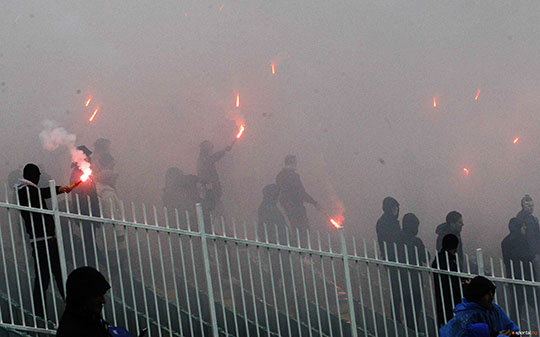 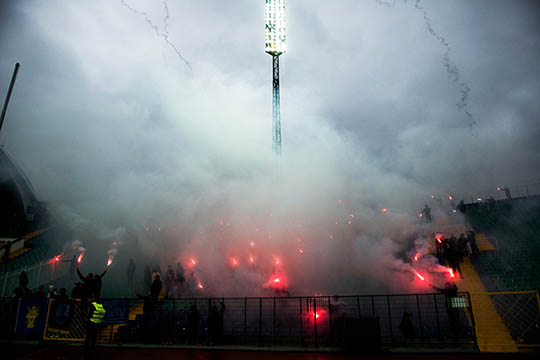