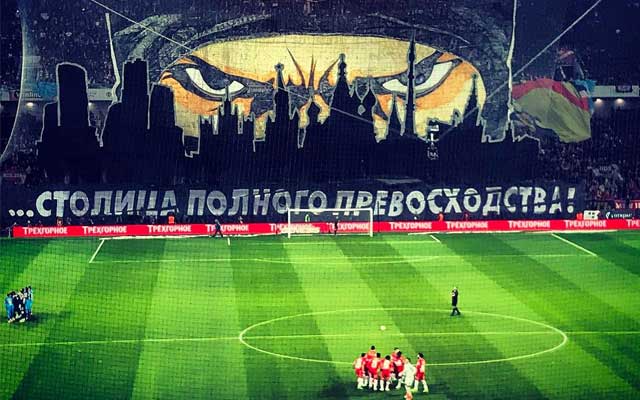 Important game in the top of the league in Russia between Spartak Moscow and Zenit. Spartak managed to win the game and now, few rounds before the end of the season, they are closer to first League trophy since 2001.

Big role for that win played the fans of Spartak with their intense support during the whole match. Big tifo at the start, followed by lots of pyro. Original tifo they planned was suppose to be different, but police didn't allow it(not sure why they didn't liked it), so short on time before the game they had to do some fast changes and ignore some components they prepared. 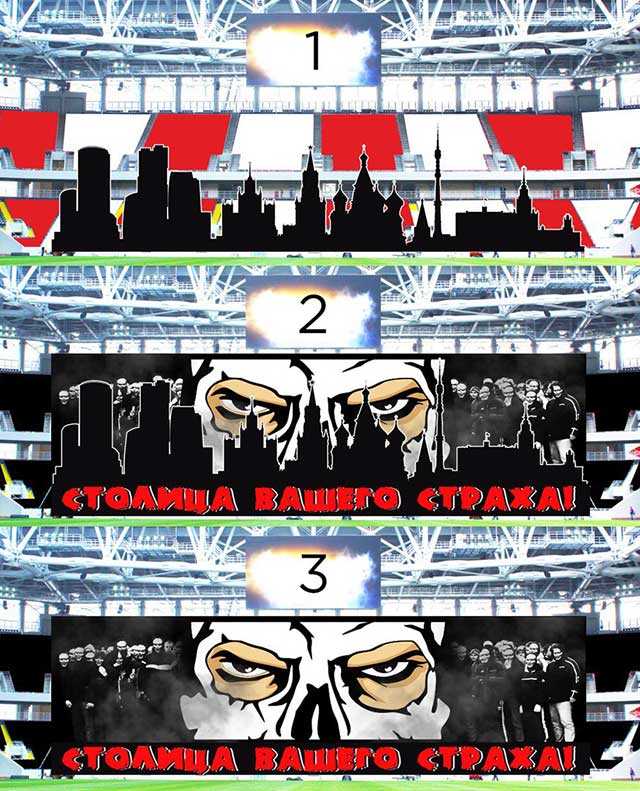 "Moscow - best city on the earth." / "Capital of complete supremacy" 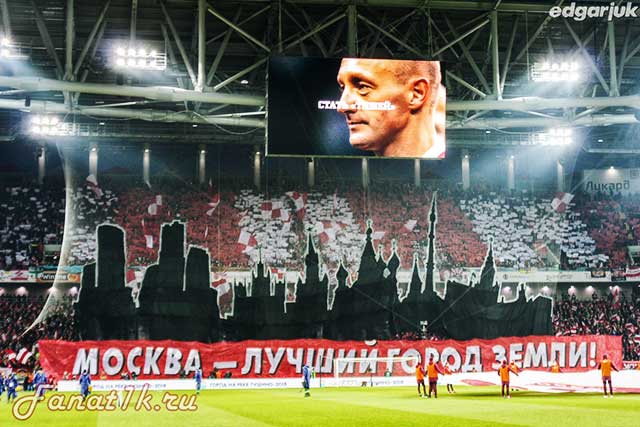 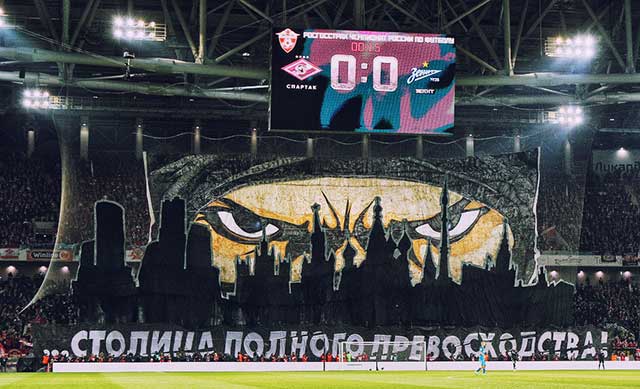 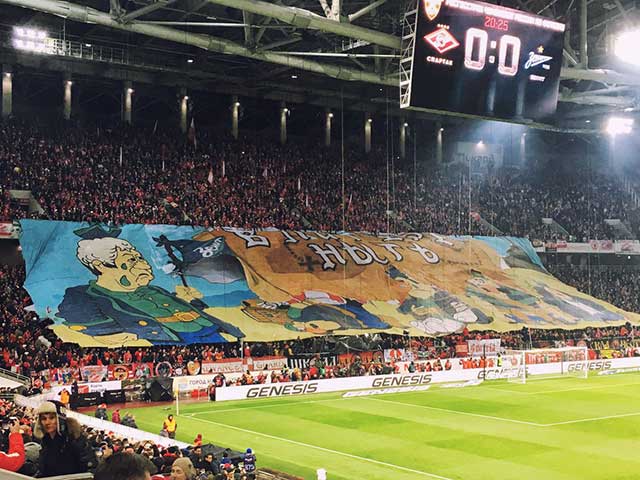 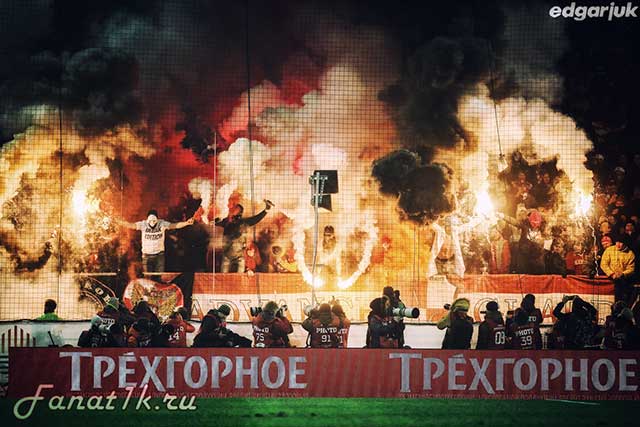 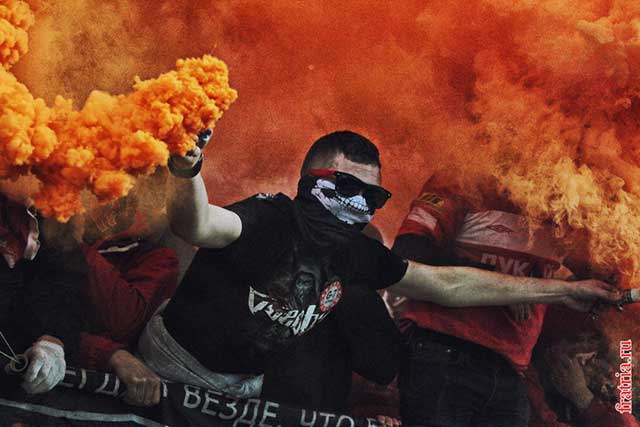 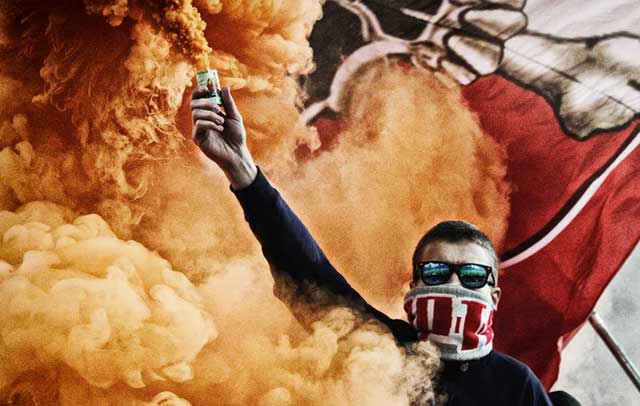 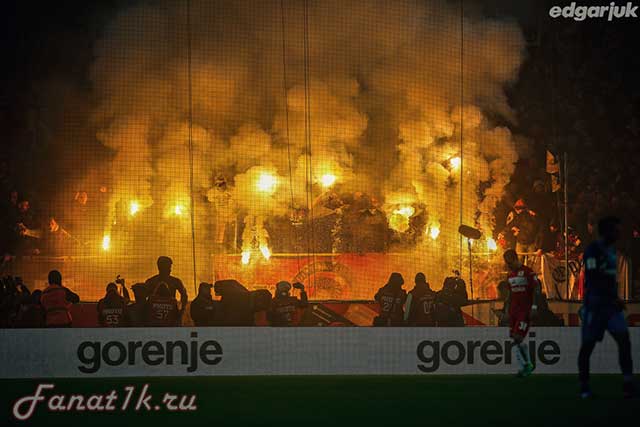 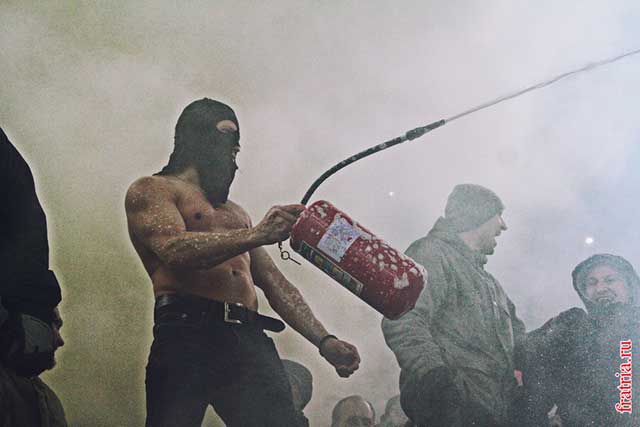 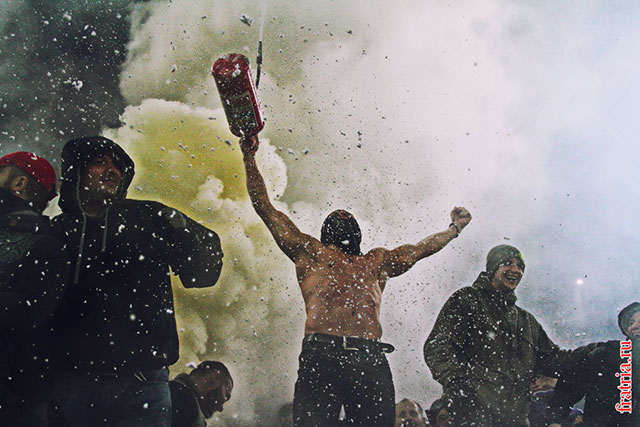 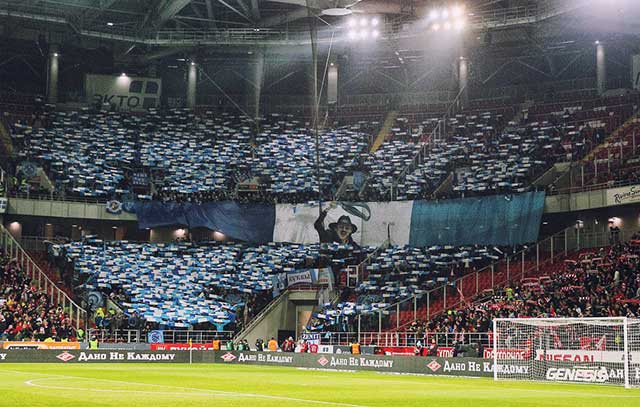