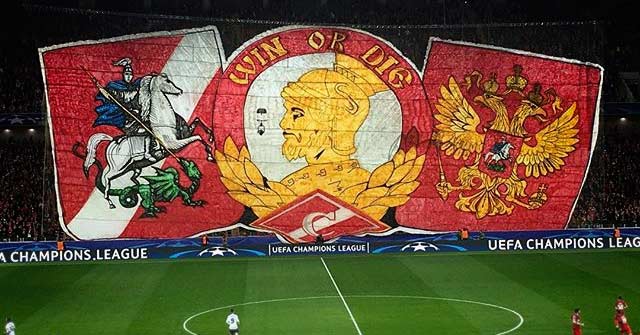 Spartak fans did a good choreography in the start of the match against Liverpool at home. Both end tribunes were colored in red and white plus banners "Spartak Moscow" and "One and only". In the middle tribune there was big painted banner with one of the Spartak Ultras logos alongside Moscow and Russian coat of arms.

Just few minutes into the game Spartak fans showed "UEFA Mafia" message with some smoke. As you know, in the group stage first round Spartak fans lighted a lot of pyro in Maribor and nearly hit the referee. Because of that UEFA banned Spartak fans of travelling to Sevilla in Novermber 1. 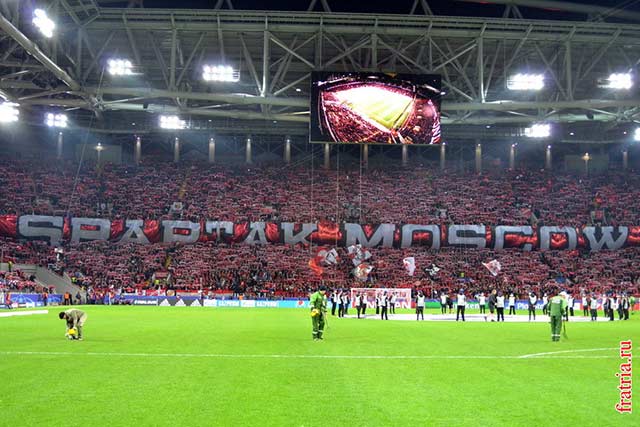 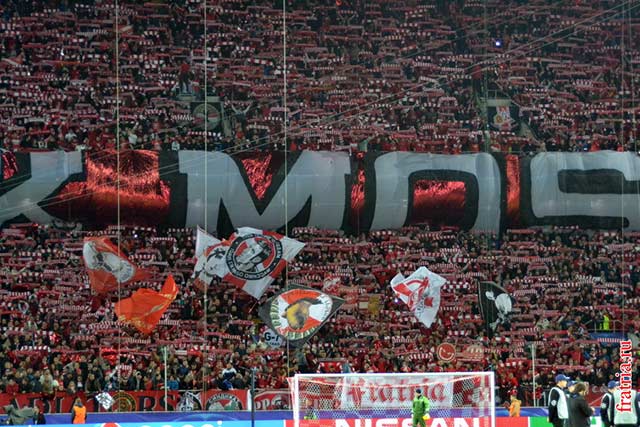 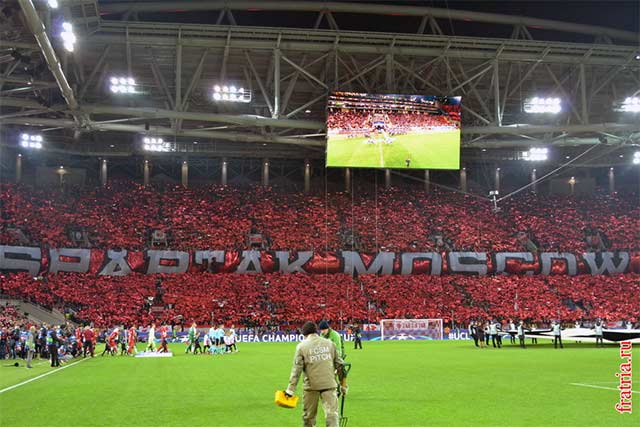 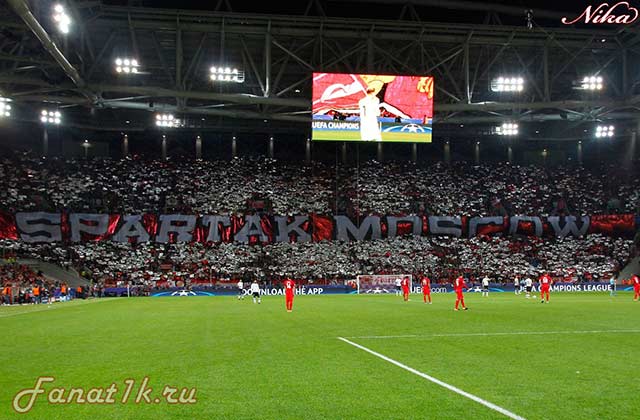 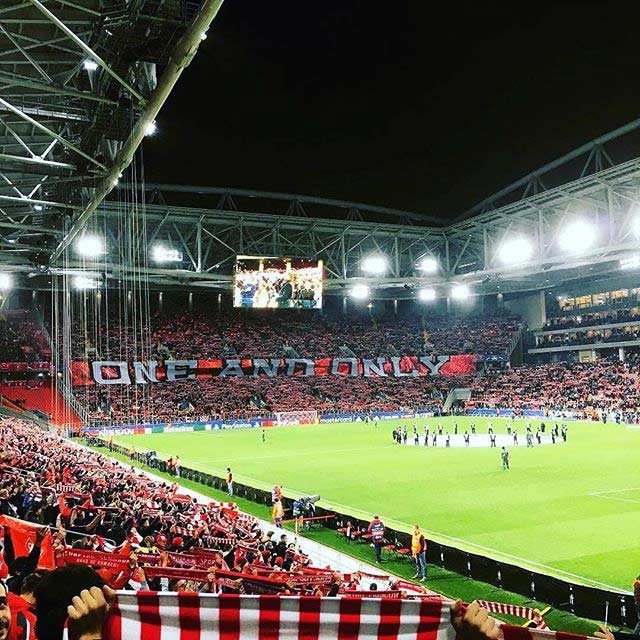 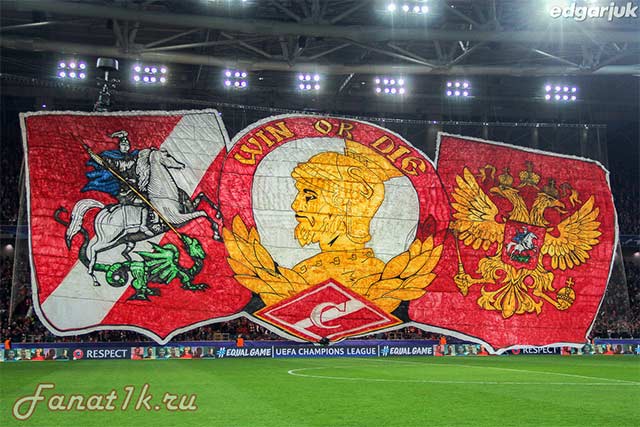 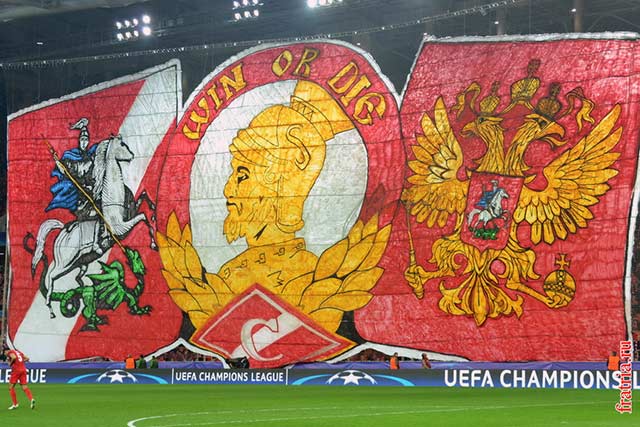 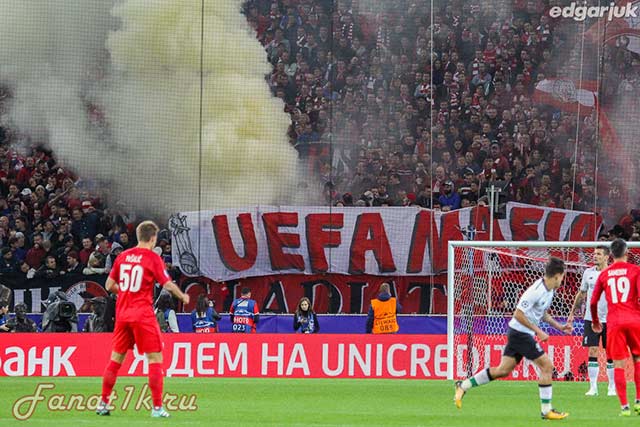 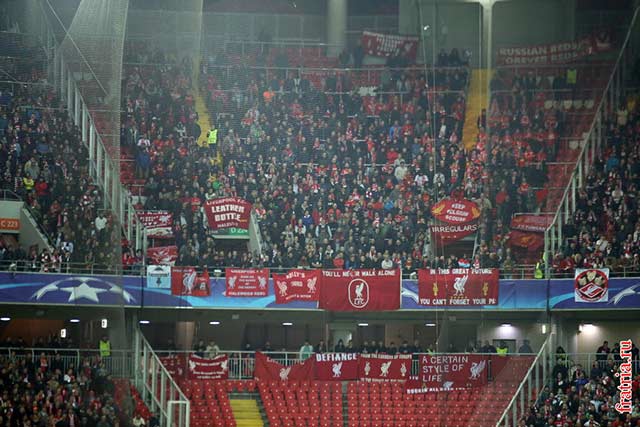 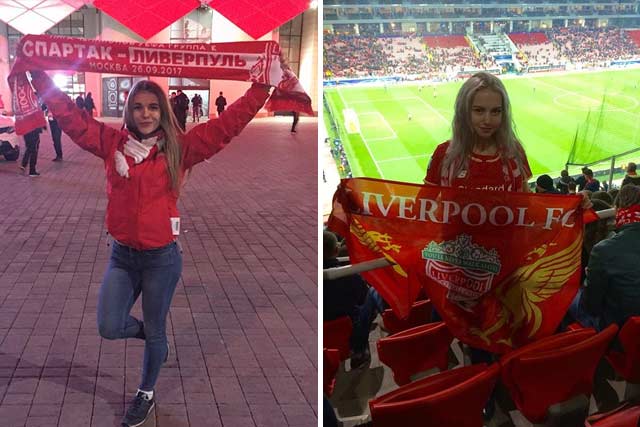 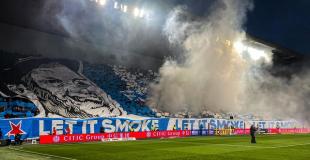