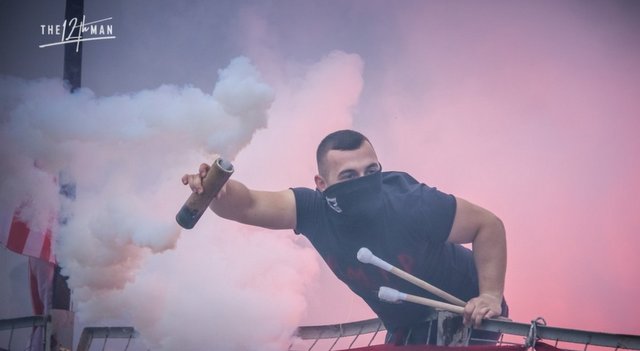 After 26 years waiting fans of Partizani could finally celebrate as Albanian champions again after victory in the derby against rival FK Tirana.

Groundhopper De Twaalfde Man attended this derby, here is his report from the match:

Being the third club of Tirana when it comes to winning titles. Surviving a relegation. Waiting 26 years (!) to win the league again. Pure emotion, passion and love. FK Partizani won their 16th title in the derby against KF Tirana. What a sweet victory. What a crazy scenes. I am thrilled that I was part of this memorable day. Congratulations!

Even I was nervous today. I know how it feels when you have to wait so long for your club to win the league again. For FK Partizani even winning a price is already a while ago. In 2004 they won the cup. But today it couldn’t go wrong. A ten point lead, the Ultras Guerrills on full support. Winning the derby makes them Champions. Any other result means waiting for what happens in the other stadium where Kukësi is playing away at Luftëtari Gjirokastër.

While the Guerrills are on fire, the team is struggling on the pitch. KF Tirana proves to be a tough opponent. But when Çinari slams the ball in the back of the net, the stadium explodes. The fanatics and players jump on to the fences. It can barely withstand the celebrations. This is how it should be. Celebrating together with your supporters. 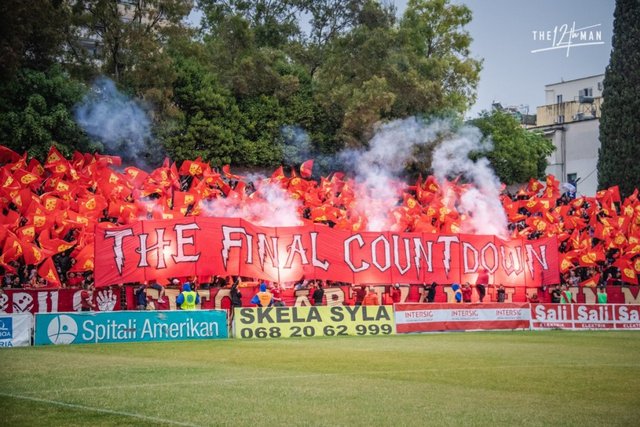 Right before half-time the blue and white equalize. This won’t stop the Guerrills. They pitch it up even more. But the tension rises when Kukësi takes a lead. If it stays like this, FK Partizani needs to wait until next week to get the title.

The second half a big pyro show by the fanatics. Burn ’em all states the banner. Smoke and flares are lit. They are still confident. Their patience is tested to the fullest. But when Çinari puts his second in with an incredible goal it can’t go wrong anymore. The whole long side is up in the fences. Tears of joy, amazing vocal support.

The news arrives that Kukësi is now 3-2 behind. FK Partizani becomes Champions today for sure. A stated before the match The Final Countdown starts. More and more supporters climb over the fences. Security are trying to hold them back. But this celebration can’t be taken away from them. After the final whistle, the fanatics storm on to the pitch to celebrate with their team.

Players lose their shirts rather quickly. Everyone wants something to remember this memorable day in the future. I mingle between the celebrating supporters on the pitch. Some don’t believe it yet. But one thing is for sure. FK Partizani is as of now the best of the city, the best of the country. Thank you for the hospitality. I am honored that I was able to be part of this. Congratulations! 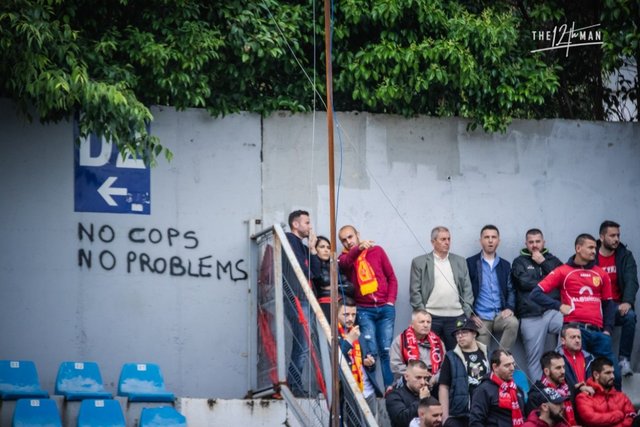 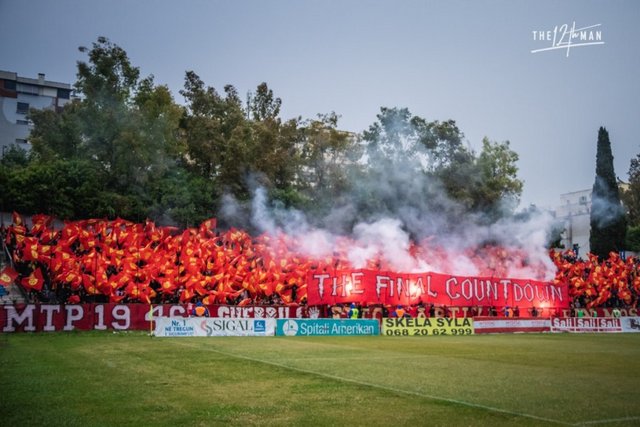 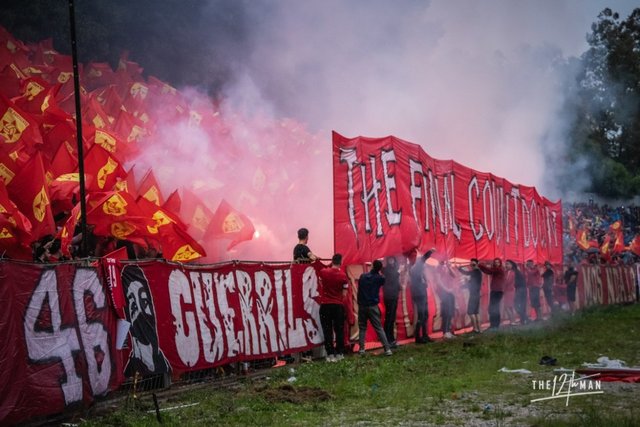 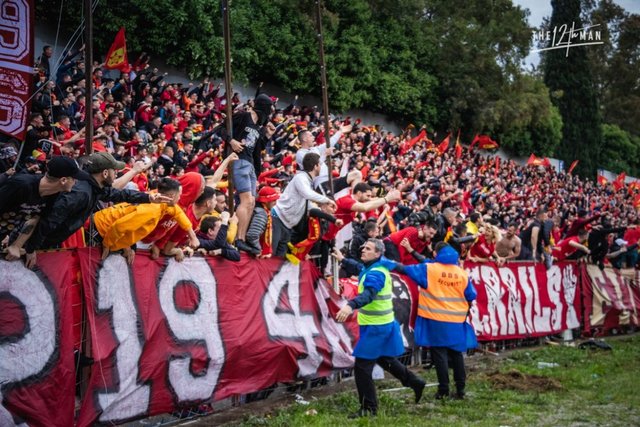 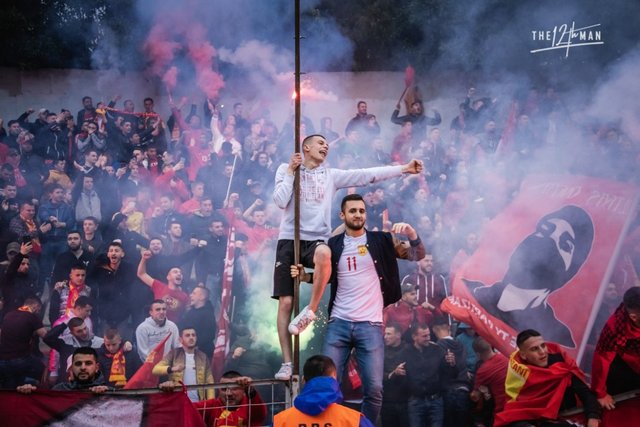 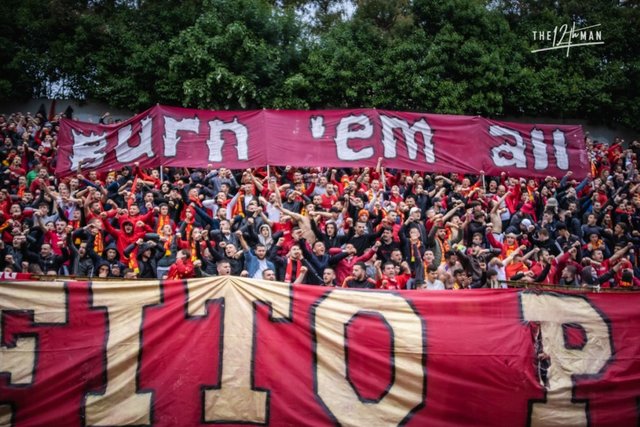 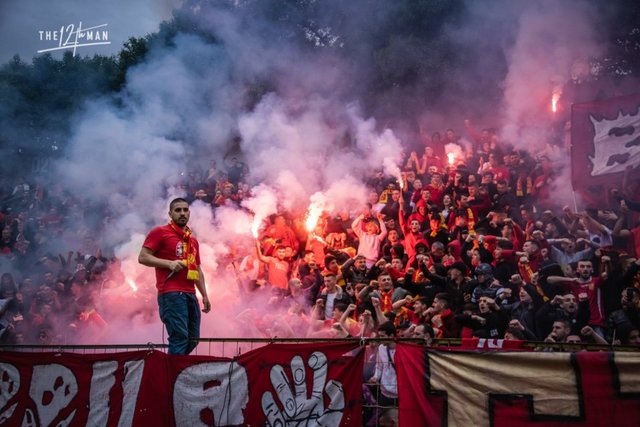 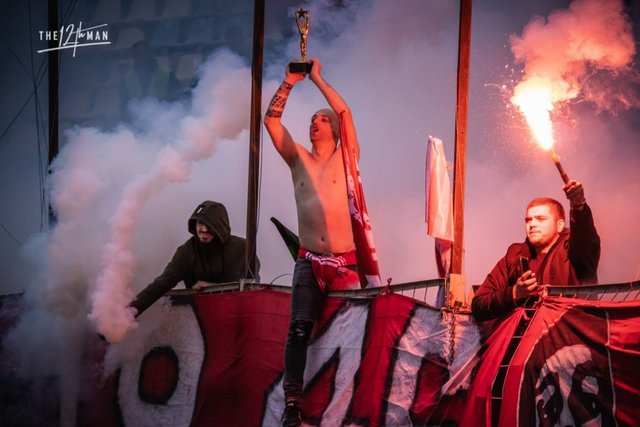 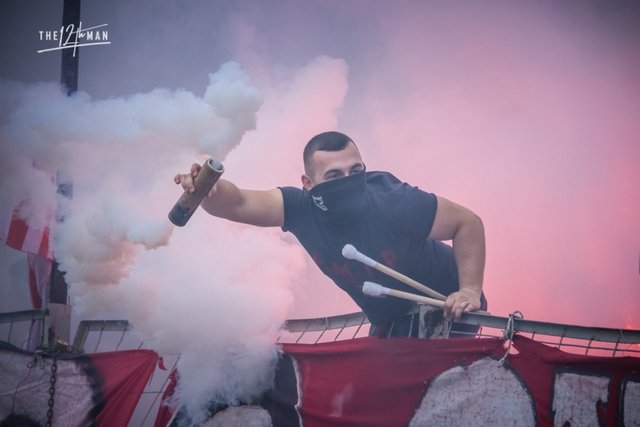 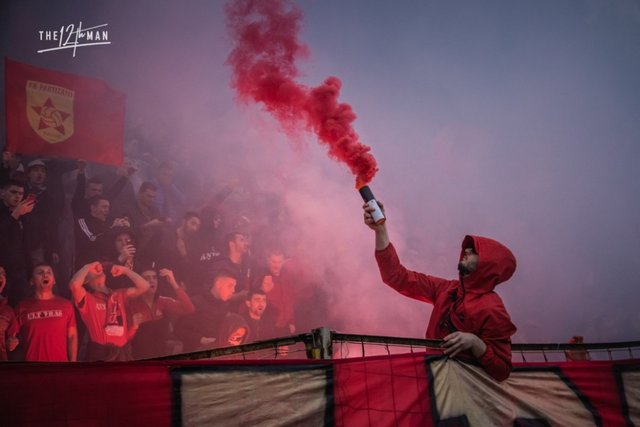 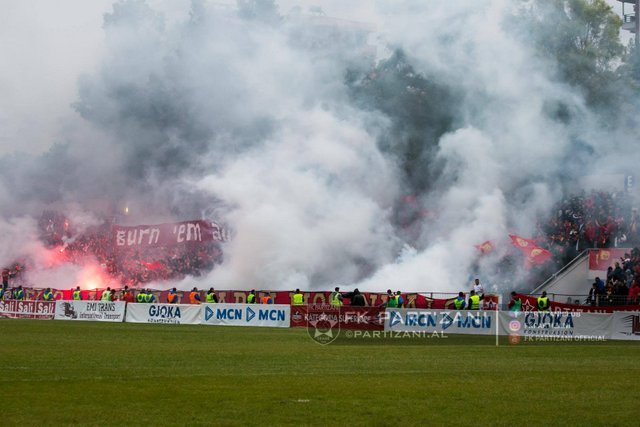 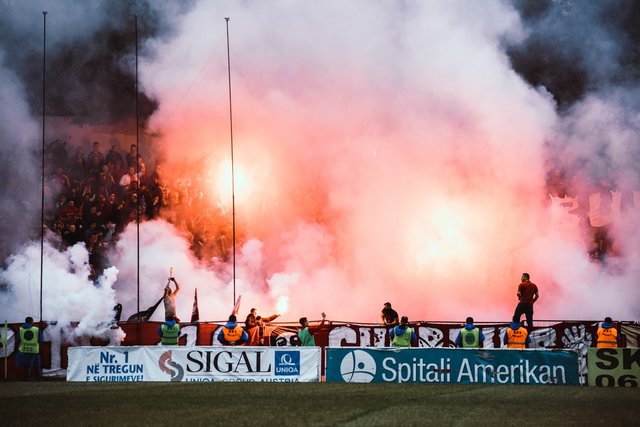 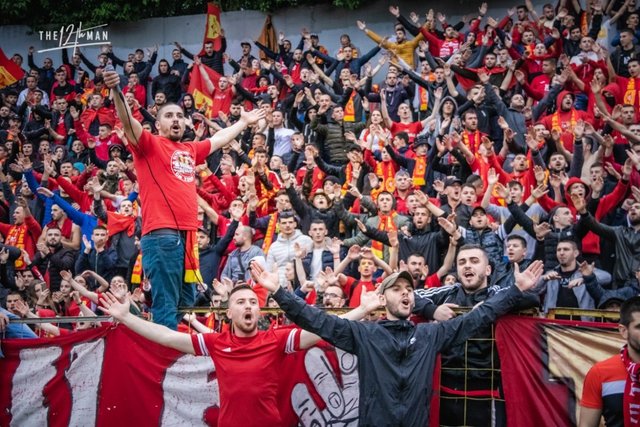 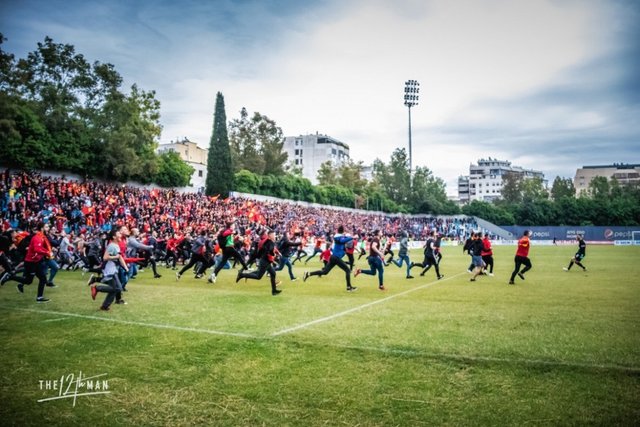 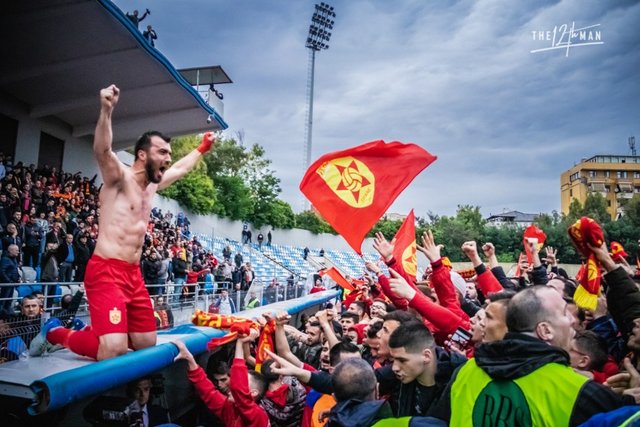 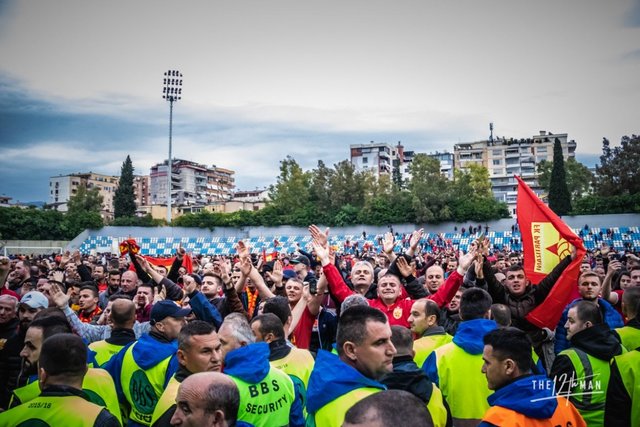